Despite its continued posturing of confidence behind full self driving (“FSD”), Tesla has been reportedly warning potential buyers that the activation of the package – a package that Tesla has been taking $3,000 deposits on for years now – could still be “very far away” due to regulations.

This follows a report that we put out back in October about Tesla removing full self driving options from its website, creating confusion for those who have already paid for it. The option was introduced back in 2016 alongside of Autopilot 2.0 and has yet to materialize in any functional or meaningful fashion. Tesla’s line at the time was that it was going to release FSD through over the air updates after receiving regulatory approval.

But here we are, two years later – of course – and that is yet to happen. And despite taking the option off of the website, Tesla has always claimed that they’re still working on it. And now, lucky buyers can still order it as an “off the menu item” for $5000. However, sales advisers at Tesla that process orders have been warning potential buyers that the package will likely still be “very far away”.

According to the pro-Tesla lot over at electrek, one sales adviser said: “Before I take your order for the FSD, I would like to point out that the legal aspect of Full Self Driving is very far away. Especially in Europe, the USA might be closer to get it legalized.”

People that have ordered the full self driving capability package will get the Hardware 3 Autopilot computer as a retrofit for their vehicles once it becomes available. This hardware is already being tested in employee vehicles. To entice its staff to become beta testers, Musk told his employees they’d waive its now $8,000 cost.

“If you elect to participate in the program and provide feedback for improvement to the Autopilot team, the $8,000 cost of FSD will be waived. This is on a first to purchase basis and will close as soon as we have enough participants. this is the last time the offer will be made.”

However, sales advisers have reiterated that the package could still take “a very long time”, even after the Autopilot Hardware 3 is installed.

“So even when we have the hardware ready, and your car would have it, you would most likely not be able to use it for a very long time,” an adviser told electrek. 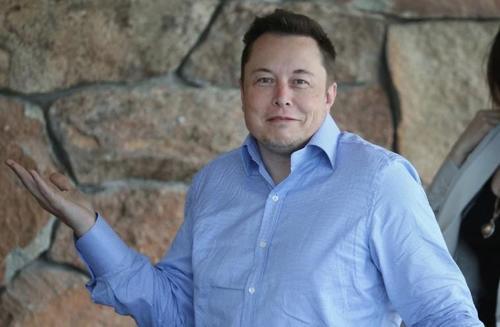 FSD features were a $3,000 add-on for Tesla models that the company began offering as an option in October 2016. Supposedly the $3,000 would enable you to eventually unlock a feature that would allow your already-hardware-equipped Tesla to make door to door trips for you in their entirety: the driveways, the back roads, the unmarked city traffic, the highways, and back to the driveways and parking lots again.

FSD remains the crux behind many bullish Tesla price targets, including Ark’s mentally unstable optimistic $4,000 price target, which relies heavily on Tesla Mobility. Full self driving was touted as a step above Autopilot, which isn’t really Autopilot, so much as it’s essentially just enhanced cruise control that still requires the driver’s attention.