The US Air Force is set to request funds to purchase F-15 fighter jets from Boeing, increasing its inventory with an upgraded version of the plane it last procured in 2001, even as the service pursues fifth-generation fighters from rival Lockheed Martin Corp. 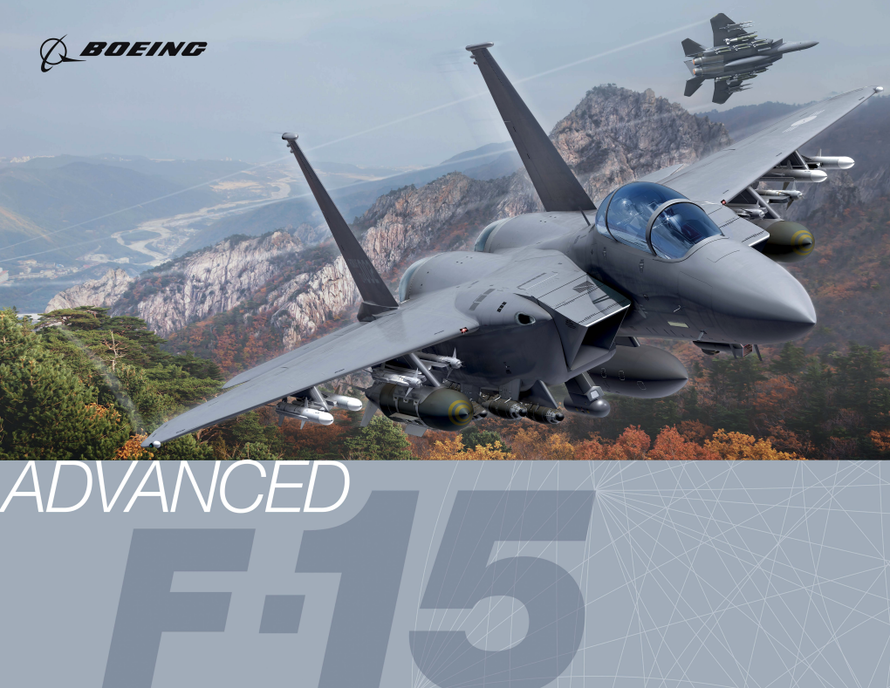 The service’s fiscal year 2020 budget request will include eight of Boeing’s new F-15X, Bloomberg reports, the first installment of an 80-plane order over the next five years.

If the budget request is accepted, it will mark the first US purchase of the fighter jet since 2001.

The reason could be due to its internal bomb bays; the F-35 cannot accommodate heavier weapons, such as hypersonic missiles. 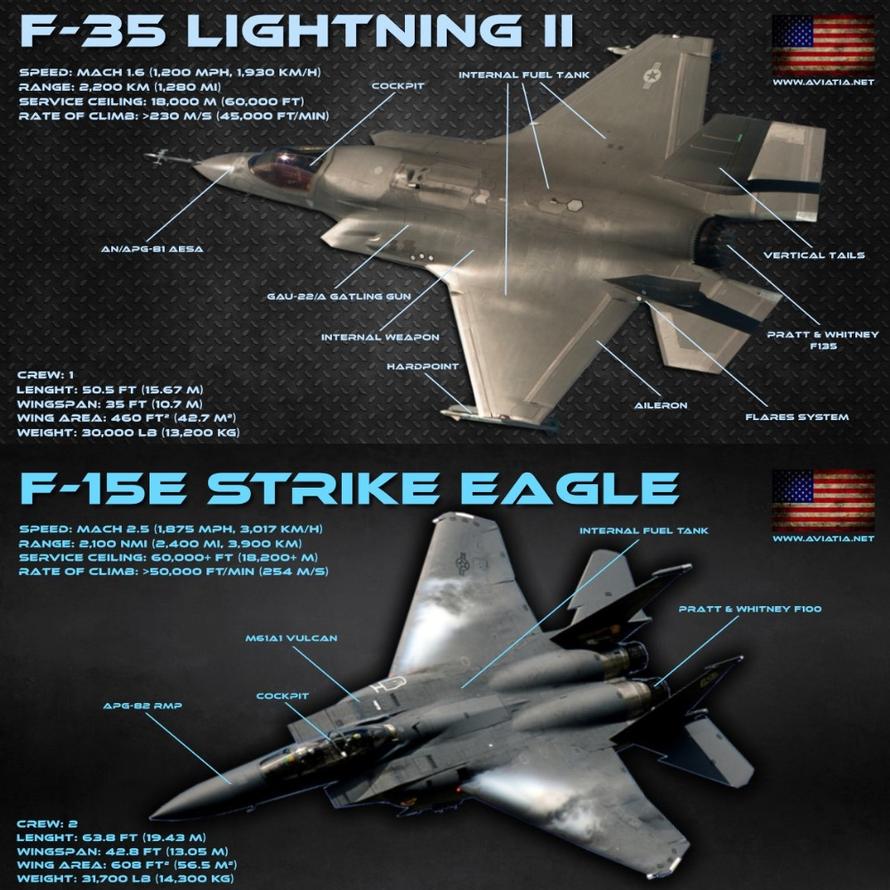 The Air Force is expected to purchase the F-15X without reducing the fleet of 1,763 F-35s that it has long planned, Bloomberg said.

Lockheed told lawmakers and congressional members on why the F-35 is a better choice over the F-15X, including a “fact sheet” distributed in December. 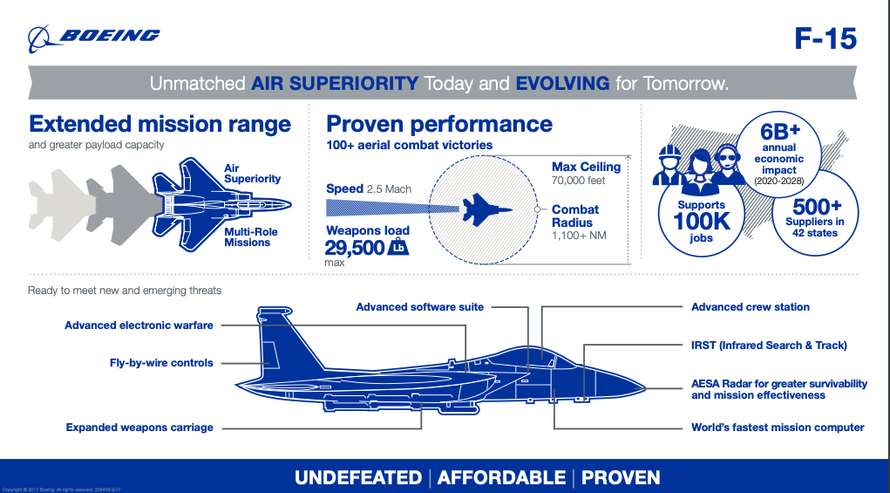 Boeing has offered the F-15X with the price tag of $80 million per plane under a fixed-price contract with delivers in 2022. By comparison, the Lockheed F-35 is estimated to cost $89 million each, a mere $9 million difference between the fourth and fifth generation jets.

However, there seems to be a rift between the Air Force and lawmakers in Congress tasked with funding the new program. On Tuesday, five Republican senators sent a letter to President Donald Trump warning that an F-15 purchase would divert resources away from the F-35, thus jeopardizing national security.

“We are extremely concerned that, over the last few years, the DoD has underfunded the F-35 Program and relied on Congress to fund increases in production, sustainment, and modernization,” the lawmakers  wrote. “In order to meet the overmatch and lethality goals laid out in the National Security Strategy, the DoD needs to make these investments in the F-35 to affordably deliver and operate this fifth-generation fighter fleet. The F-35 is the most affordable, lethal, and survivable air dominance fighter, and now is the time to double down on the program.”

“New versions of old F-15s designed in the 1970s-1980s cannot survive against the newest Russian and Chinese fifth-generation fighter and surface to air missile threats, not to mention rapidly developing future threats,” they  added. “This action by the DoD would be a direct departure from the vision you have for a strong national defense.”

In short: The Air Force’s request to procure the F-15x suggests that the F-35 has significant flaws. Why else would the Air Force revert to a 45-year-old airframe? There is a much bigger issue at play, China and Russia have put their fifth-generation jets into series production, a move that could jeopardize US national security.