All of those real estate speculators who snatched up Queens real estate late last year are about to be very unhappy.

In what some might describe as a “dick move”, Amazon is reportedly reconsidering its plans to open a sprawling new corporate headquarters in the Long Island City neighborhood of Queens after New York State lawmakers who are opposed to the lucrative package of “performance based incentives” threatened to sabotage the deal, according to a report in the Washington Post.

The report adds to the pressure on Gov. Andrew Cuomo to put a stop to a lawmakers’ nomination to a state board that could give him authority to unilaterally kill the incentives package.

Since the final package of state and city incentives isn’t expected to be approved until 2020, Amazon executives are reportedly questioning whether it’s worth the risk for the company to hope that restive lawmakers don’t kill the deal.

Amazon.com is reconsidering its plan to bring 25,000 jobs to a new campus in New York City following a wave of opposition from local politicians, according to two people familiar with the company’s thinking.

The company has not leased or purchased office space for the project, making it easy to withdraw its commitment. Unlike in Virginia — where elected leaders quickly passed an incentive package for a separate headquarters facility – final approval from New York state is not expected until 2020.

Tennessee officials have also embraced Amazon’s plans to bring 5,000 jobs to Nashville, which this weekapproved $15.2 million in road, sewer and other improvements related to that project.

Amazon executives have had internal discussions recently to reassess the situation in New York and explore alternatives, said the two people, who spoke on the condition of anonymity to speak candidly about the company’s perspective.

“The question is whether it’s worth it if the politicians in New York don’t want the project, especially with how people in Virginia and Nashville have been so welcoming,” said one person familiar with the company’s plans.

In its current form, the tax incentive package would ultimately shell out $61,000 for each of the 25,000 jobs Amazon has promised to create (the total incentives package will total $3 billion).

An Amazon spokeswoman said the company is working on “engaging with our new neighbors…and community leaders.” The company recently hired a PR and lobbying firm to assist with its “community outreach” efforts.

“We’re focused on engaging with our new neighbors – small business owners, educators, and community leaders. Whether it’s building a pipeline of local jobs through workforce training or funding computer science classes for thousands of New York City students, we are working hard to demonstrate what kind of neighbor we will be,” Amazon spokeswoman Jodi Seth said.

Amazon has hired a lobbying firm and a public relations firm in New York and recently advertised for a “senior community affairs manager” to “focus on developing a positive partnership with local stakeholders, community groups and nonprofits.”

If Amazon does decide to scrap – or dramatically scale back – its plans, it’s unclear where it would go next.

It’s unclear what Amazon might consider as a Plan B if the New York project falls through. It could forgo the incentive package and hire employees on a smaller scale, as competitors including Google are already doing. Or Amazon could search for another jurisdiction to get some or all of the jobs originally slated for New York.

The news added to the woes for Amazon shares, which touched their lows of the day on the headline. 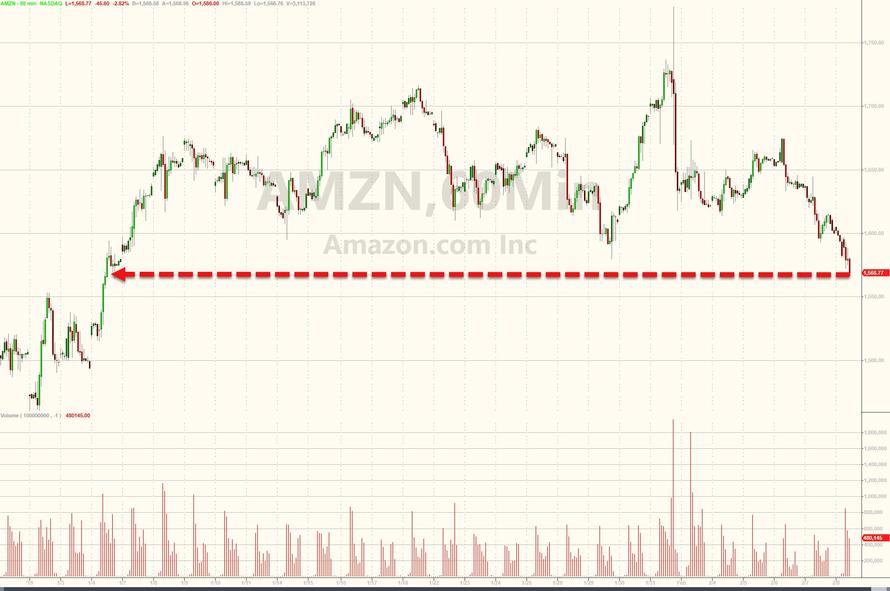 And shares of SL Green Realty Corp., an REIT that rallied on the heels of Amazon’s announcement, has seen its shares sink in response as well. 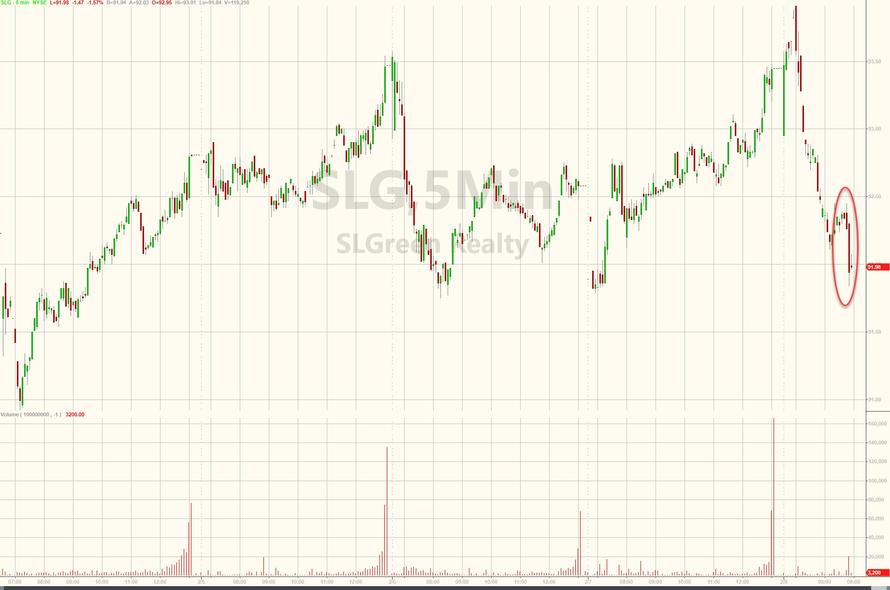 The fact that the report appeared in the Bezos-owned WaPo (not that the Amazon CEO would ever dream of leveraging WaPo for the purpose of weaponized journalism) makes this a clear warning shot: Cuomo needs to get the troops in line. Or miss out on one of the ‘greatest economic development opportunities’ of his tenure, as one of his spokespeople put it the other day.