Authored by Finian Cunningham via The Strategic Culture Foundation,

The anti-Trump so-called “liberal” American politicians and media suffer from a cozy big delusion. The Democrats and their supportive media, such as CNN and New York Times, as well as the foreign policy establishment, including the CIA, promote the belief that all of America’s ills and problems will be solved if only President Trump could be impeached. 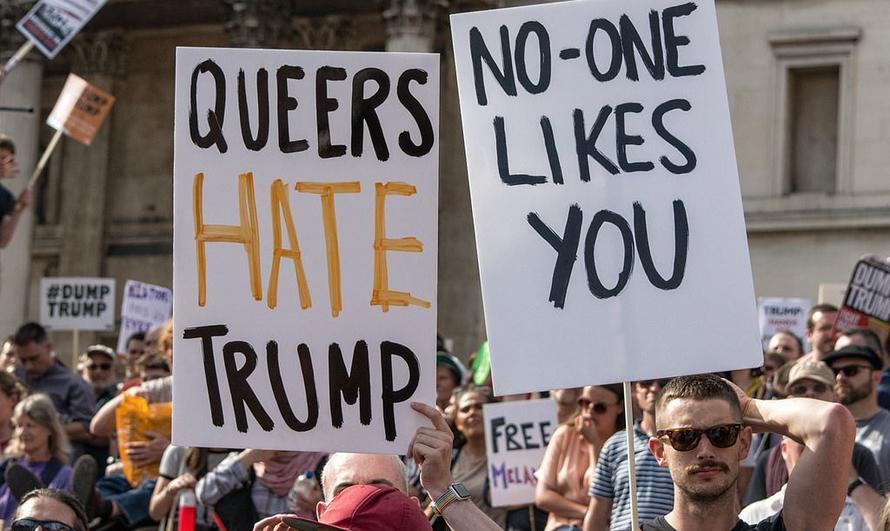 The so-called “liberal-left” in the US – which has nothing to do with leftwing or socialist politics as most of the world would define it – is increasingly warning that Trump is taking America into a dark place of authoritarianism.

Take a recent op-ed in the New York Times by columnist Roger Cohen with the headline: ‘Donald Trump Just Cannot Help It’. It’s a scathing piece which lambasts Trump in very personal terms as a “malignant” conman.

The key line perhaps is when Cohen writes: “The Reichstag Fire was at least a fire. Here, there is smoke and mirrors.” He is referring to what many historians contend was a false-flag arson attack on the German parliament in 1933, which allowed newly elected Chancellor Adolf Hitler to install his Nazi dictatorship by claiming the sabotage was a communist plot.

Many critics of Trump, including Cohen, are concerned that the president is “manufacturing a crisis” over his border wall proposal. They accuse him of using the US government shutdown and the political impasse with Democrats on the proposed border wall funding as a pretext to introduce a state of emergency. Cohen’s mention of the infamous Reichstag Fire has therefore a seemingly radical inference. He, and many others in the American liberal-left, are warning that Trump is a crypto-fascist.

There is some merit to that argument. Certainly, Trump seems to be whipping up a crisis about immigration which is not justified in terms of numbers and conditions on the border with Mexico. The influx of migrants and refugees is widely reported to be at an all-time low going back over the past 40 years. Most of the present migrants are families, fleeing poverty and violence in their home countries. Trump’s scary depiction of “drug dealers” and “terrorists” seems to be unabashed fabulation to incite fear.

His threats of invoking a state of emergency in which he will use executive powers to instruct the compulsory building of a security barriers on the southern border are therefore disproportionate and uncalled for. Trump’s would-be arrogation of emergency powers has disturbing implications of overriding US constitutional law, and sidelining other branches of government. There are genuine concerns that the direction is one of authoritarianism, even fascism.

But here is where too many Americans are deluded about Trump. They think he is the singular problem, an aberrant president. Get rid of him, they say, and we can all return to “normal democracy”.

The reality is that the US has been sliding into authoritarianism, plutocracy and oligarchy, or dare we say fascism, for decades. The political figure of Trump – obnoxious as he is – is merely the culmination of this degenerative process in American politics.

The obscenity of American capitalism and its grotesque exploitation of millions of American citizens – creating islands of super wealth among a sea of poverty – is a repudiation of any notion of a functioning democracy. The two-party pimping for big business, Wall Street and the military-industrial racket that has been going on for decades makes a travesty of any claims about “we the people” and elections. This backdrop of actual functioning oligarchy is why many voters – among the half, that is, who bothered to even vote – reached out to “an outsider” like Trump and his conman promises of change.

However, the inherent problem isn’t Trump. It is the system that produces the conditions and precursors for someone like Trump to end up getting elected.

It should be noted that people like Roger Cohen and other American “liberals” who are wringing their hands about Trump never seemed to express concern about the dominance of big business and banks in running America’s corporatocracy. Cohen and his ilk were also big supporters of US wars in Iraq and Afghanistan – wars that were illegal, resulted in millions of innocent casualties, destroyed societies and spread the scourge of terrorism.

How is getting rid of Trump supposed to be a return to “normal democracy”? When that purported “normal democracy” is a myth, a fantasy belied by massive poverty, inequality and oppression of ordinary American workers and their families, alongside criminal imperialist wars of genocide.

Cohen’s reference to the Reichstag Fire false flag and Trump’s propensity for authoritarianism may sound like radical criticism. But it is only radical schtick. It is worse than Trump’s con artistry because it propagates the delusion that America has an underlying democracy. The reality is American democracy stopped functioning a long time ago.

When exactly it stopped is debatable…

The 9/11 “terror attacks” in 2001 were certainly a candidate for comparison to the Reichstag Fire false flag event. They ushered in executive powers in Washington to wage criminal wars “against terrorism” anywhere on the planet, and for far-reaching police state surveillance of US citizens.

Or we could go back to the Gulf of Tonkin incident in 1964 when the US created a pretext for the Vietnam War.

Or the assassination of President John F Kennedy in Dallas in November 1963 by his Deep State enemies, which was a coup d’état against American democracy, violating the nation forever.

Many other instances (extermination of native Americans, African slavery) could be cited which testify to the fraud of “American democracy”. The seeds of authoritarianism, militarism and fascism were sown decades ago. To blame this putrefaction of democracy on Donald Trump is the delusion of American apologists for the system’s long-time corruption.