Authored by Simon Black via SovereignMan.com,

On October 31, 1517, an obscure German theology professor put the finishing touches on a paper he had written about the current state of the Catholic Church, and sent it off to Archbishop Albert of Brandenberg for review.

The professor’s letter was polite and professional, with a formal tone that one might find in a modern academic work. It could hardly be described as revolutionary.

Yet within a few years, the professor would find himself excommunicated by the Pope, branded an outlaw and heretic and living in hiding under the protection of an army of followers.

His name, of course, was Martin Luther. And the publication of his famous paper, the 95 Theses, is often viewed as the start of the Protestant Reformation, one of the most important social movements in history.

The reformation was a European-wide rejection of Church authority. But its origins far predate Luther or his 95 Theses.

Mini revolts against the Church go back to the late 1300s, more than 150 years earlier.

But historians often focus on a single watershed moment to mark the beginning of a major movement or trend, even though there are always multiple events leading up to it.

For example, historians consider October 1929’s stock market crash as the start of the Great Depression, even though the London market had crashed in September, and the US market suffered a smaller crash in March.

Point is, there are always multiple, important events that could mark the beginning of a major trend or movement. 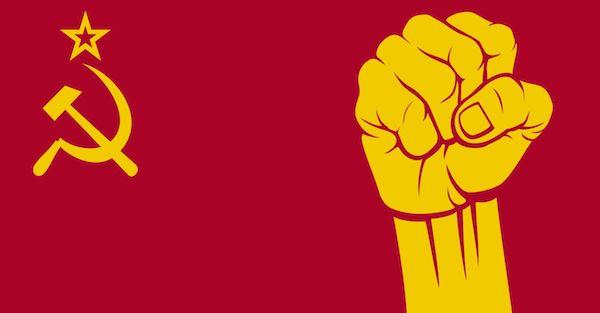 People are storming into power and prominence with a belief system that bigger government, punitive taxes and nationalization of private industry will fix everything.

They find personal wealth utterly revolting, and they’ll stop at nothing to redistribute it.

We’ve been writing about this for years. But its no longer theory or conjecture. It’s happening. The revolution has begun.

There have been several watershed moments recently that future historians might view as the start of this modern Socialist Revolution… including possibly today with Bernie Sanders announcing his 2020 presidential bid.

But I think a less obvious choice would be when Amazon surrendered to the Socialists last week over its proposed headquarters in New York City.

Amazon’s expansion into New York would have brought 25,000 well-paying jobs to the city, plus state-of-the-art green construction, $10+ billion in tax revenue, land for a new school, a tech and art incubator, etc.

In exchange, the city government would give up some tax credits that were completely trivial by comparison.

But… the Socialists couldn’t keep their mouths shut.

They were disgusted that a behemoth like Amazon, headed by the richest man in the world, would receive any benefits whatsoever.

They couldn’t step back and realize that the deal was a WIN/WIN. Amazon wins. The city wins.

Socialists are only happy with a WIN/LOSE, i.e. they have to win at your expense… otherwise no deal.

So they whined and complained until Amazon walked away.

Here’s a perfect example of this WIN/LOSE mentality:

Before all the public outcry, Amazon’s proposed headquarters was within a designated “Opportunity Zone,” which meant that the company could have eventually been eligible for federal tax breaks on its $2.5 billion New York investment.

Socialists immediately lamented the gross injustice, claiming that Amazon shouldn’t receive any opportunity zone tax incentives that were “meant for the poor.”

We’ve talked about opportunity zones a few times in the past; the basic idea is that every governor across the US has designated certain portions of his/her state or territory as an “opportunity zone.”

To qualify as an opportunity zone, the area must have a poverty rate of at least 20% and a median household income level that’s at least 20% below the local average.

Talk about a win/win.

And in exchange for putting up all the money, taking all the risk and doing all the work, investors can enjoy tax free gains.

You’d think people would be happy and grateful that some investors are risking their capital and investing their time to improve the neighborhood.

But no. The Socialists just can’t keep their mouths shut. They can’t simply accept that they’re going to get a ton of benefit for free because someone else is going to take all the risk and do all the work.

Nope. They’re only happy if they get everything for free… while you get absolutely nothing out of the deal.

That’s a win/LOSE. And it’s the foundation of the Socialist mentality.

If a rich person or a large company derives any benefit whatsoever, they have to stop the deal at all costs, even if they screw themselves in the process.

So now Amazon has pulled out, and the Socialists get 100% of nothing. Everyone loses.

And they’re insane enough to consider this a major victory. It’s as if they’re happy to screw themselves, as long as they think they can screw you even more.

It reminds me of an old socialist joke from the Soviet days.

A Russian man one day stumbles across an old metal lantern. He picks it up and shines it, and a Genie pops out, saying “I am a Communist genie… so you only get one wish instead of three. Plus, I have to give your comrade neighbor twice as much as I give you.”

So the man thinks for a moment and says, “Then I wish for you to blind me in one eye.”

This is the essence of modern socialism that is taking over America: everybody loses. And the revolution has already begun.

And to continue learning how to ensure you thrive no matter what happens next in the world, I encourage you to download our free Perfect Plan B Guide.