The last few weeks have been almost unprecedented, both to the downside (worst month since the Great Depression), and the upside (greatest short-squeeze since the March 2009 lows) with multiple violent intraday swings almost every day as algos took control on every headline. 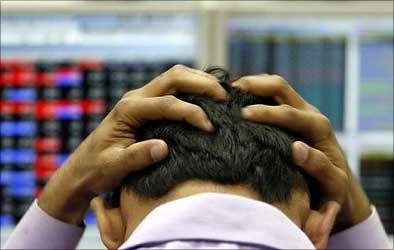 For many, we know this was an extremely stressful period, but while most choose to internalize or ignore what just happened to them, one trader – @OddStats (a retired finance professional living in the Bay Area) – took to Twitter in a very personal statement that we hope will help many readers…

An Unsolicited Warning From Someone Who Just Blew It

This is long.
This is boring.
I know these aren’t fun.

I don’t need/want your pity; I just honestly hope I can save one person from this stupid nightmare.

I’d like to believe that I’m a relatively smart fellow. After all, I graduated from the local state university with a 2.03 GPA after failing out once and dropping out another time. I spent the majority of my professional life in compliance, but before that, I was an investment adviser who only dealt in passive, diversified asset-class based mutual fund investing.

It was slow and boring, but it worked. Really well. I not only did really well for our clients, but also my own money. It was simple, BUY WHEN YOU HAD MONEY and SELL WHEN YOU NEEDED MONEY. Don’t sweat the small details, we’re properly diversified to minimize risk (which worked) and we’ll catch the ups, of which there are always many.

As the last 6 years went by, I became more and more confident in my ever-changing trading system(s) with options and futures, despite the fact that there was only 1 year where I turned a profit (+$450k selling call spreads in 2015). Every other year, there was always some excuse.

Friends and family all warned me, I better get out of trading before I blow it all. “I won’t,” I assured them, “I’m not that stupid.”

I was sure of it. And I was wrong.

I had quit day-trading back in November but was still using a swing trading system that damn near never lost (really), until I got completely run over last week. Literally every move I made was wrong, and I managed to completely wipe out my entire gambling account. I want to be clear, we’re not broke or anything near it (still get to claim millionaire status), but holy crap did I decimate my account something stupid.

So, I’m here to tell you that the scary stories you hear from elders who quit trading? They’re true. Trading is a losing game. It’s just gambling.

Most people who claim to be winners just ignore their losses and pretend everything is ok. To be sure, some people really can make a living at it, and good for them. But the odds are massively against you. The system is designed to take your money while you’re stressed, guessing, nervous, angry, depressed, or most of all – desperate.

Your money is your money. Your life is your life. I ain’t your pappy. You don’t owe me anything and I don’t owe you anything. But I’m the lucky one. My wife isn’t leaving me (she certainly could) and I paid for my house with cash, so I can’t lose it as long as I keep paying the taxes.

But do this favor to yourself – ask yourself why you’re really doing this. Actually ask yourself what you’ll do IF you wake up one day to yet another surprise six-digit loss that you went to sleep thinking was a winner. If you can’t deal with the fall-out, get out now while you can. Start a business. Go back to school. Get a job you enjoy. Don’t end up like me, or worse, people who didn’t still have a small pile of assets after the Big One strikes your account. I’ll be alright (I hope).

I’m embarrassed. I’m humiliated. I’ve hurt myself and others around me and that’s painful. Think about it before this is you. Be good to each other and remember that greed fucking kills.

We wish him luck in the future with his non-gambling endeavors.