Following several poor auctions, especially among the shorter-maturity tenors, to start the year moments ago the US Treasury sold $40BN in 2 year paper in what may have been the strongest auction in the past year.

The internals posted a sharp improvement from the December auction, with the bid to cover jumping from 2.307 to 2.564, if fractionally below the 6 auction average of 2.65.

But it was the surge in the buyside that was the most remarkable observation, with the Indirect takedown rising sharply from 45.0% to 53.4%, the highest since January 2018, and Directs more than doubling from 7.9% to 19.1%, leaving Dealers holding only 27.50% of the auction, far below the 42.4% recent average, and the lowest going back to July 2017.

Overall, today’s auction was a dramatic improvement in demand, especially foreign, for short-term paper, and perhaps the latest confirmation that the market is increasingly convinced that no more rate hikes are coming down from the Fed for the foreseeable future. 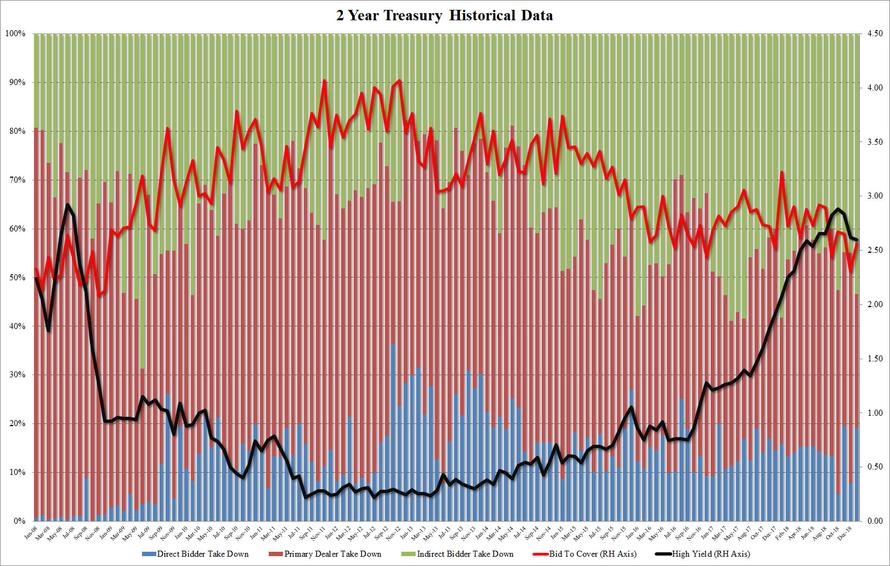