It was the setup for a perfect storm, or as Bloomberg calls it, a “Christmas nightmare.”

As we reported last month, in what appeared to be a junior, if perhaps more entertaining version of Jerome Kerviel’s infamous SocGen blow up which forced the shocked Fed to cut by 75bps to avoid a crash a decade ago, BNP lost $80 million in S&P500-linked derivative trades around Christmas; the massive trading loss emerged after Antoine Lours, BNP’s head of US index trading, put on positions on the S&P 500 which then quickly started losing money. 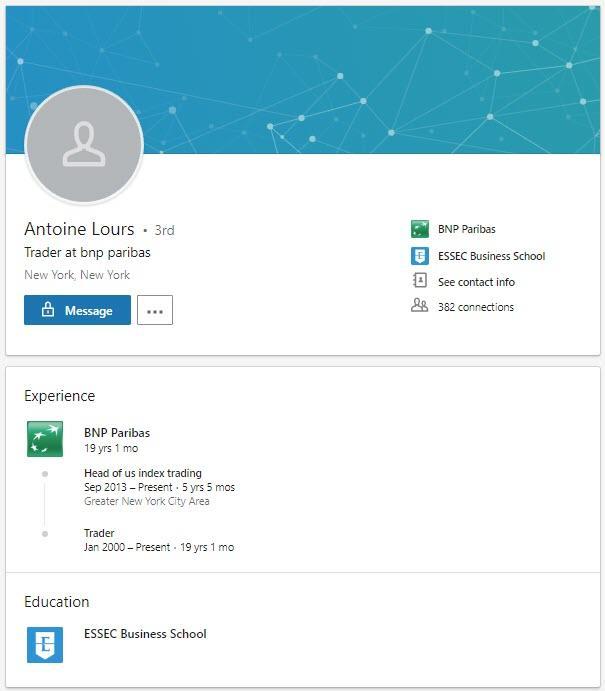 What makes the setup especially memorable is that Lours, who was confident enough in his trade, decided to leave for vacation just after putting the trade on when… at which point the trade quickly blew up as the S&P 500 tumbled. As a reminder, the S&P plunged in the days headed into Christmas, suffering the worst ever “Christmas Eve Massacre” in history shortly after Steve Mnuchin announced he was calling the Plunge Protection Team to stabilize markets. It only made things worse.

Fast forward to today when this disastrous trade was confirmed, after Paris-based BNP reported a 70% plunge in revenue at its equities unit in the fourth quarter, the worst performance since at least 2013 and a stark contrast with gains at its biggest U.S. rivals.

The slump – as we previously reported  – came after a chaotic December, during which BNP traders were “flummoxed” by the sharp market moves – after all in the New Normal, nobody expects the market to do anything but go up – and the previously noted series of U.S. trades that went awry around Christmas and lost tens of millions of dollars.

BNP’s equity trading revenue tumbled 70% to €145 million in Q4, a massive miss to the €400 million revenue predicted by JPM analysts. The slump compares with the double-digit gains that most of the biggest U.S. investment banks reported for their stocks divisions. 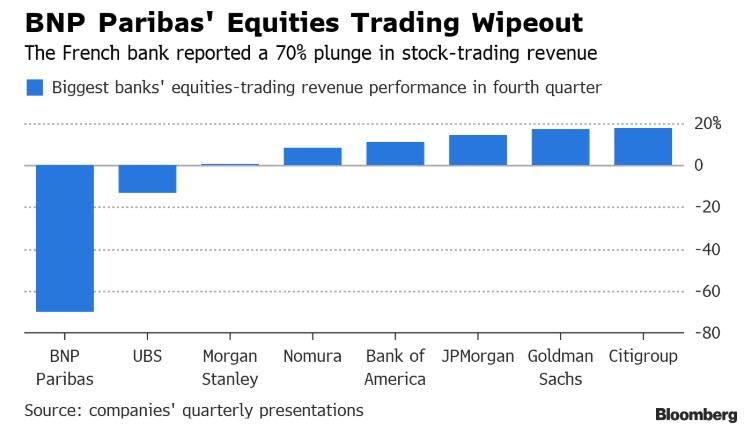 While BNP blamed “extreme market movements at the end of the year” for the decline and cited a loss on “index derivative hedging’’ in the U.S. without providing further detail, we already knew about Lours’ $80MM loss. One can imagine he wasn’t alone.

Ironically, as Bloomberg notes it is the French banks which claim an expertise in these lucrative yet complex products, which are now causing headaches across Paris, not to mention massive losses. Fellow French bank Societe Generale already warned of a slide across its trading businesses in the fourth quarter, while local rival Natixis reported losses and provisions of hundreds of millions of euros in December linked to esoteric stock trades in South Korea.

The performance may herald changes at BNP’s equity-derivatives unit, which the bank relies upon for much of its overall stock-trading revenue. The bank plans a series of “targeted measures” at the business, according to a presentation.

As for Lours who cost his bank $80 million, it remains unclear if he has returned from his “Christmas vacation” yet, or if he has any intention to do so. According to Bloomberg, his “dot” has been consistently red this year.