A Boeing 767 cargo jetliner has crashed near Houston into a bay just east of the city shortly before 12:45pm (central) on Saturday. Emergency crews are responding after the jet went down into Trinity Bay, near Anahuac, Texas.

Early reports say the cargo plane had 3 crew members on board, with the Chambers County Sheriff’s office saying there were no survivors. The sheriff’s office posted an update to its Facebook page saying the plane has been located at the north end of the bay.

The Federal Aviation Administration also confirmed three people aboard. The plane, identified as Atlas Air Flight 3591, reportedly operating for Amazon Prime Air, was en route to George Bush Intercontinental Airport from Miami when it crashed, according to the FAA. Emergency crews are searching the water, including Coast Guard helicopter rescue.

The company operating the flight, Atlas Air Inc., says it transports items from “precious perishables or heavy construction equipment to arranging passenger charters for celebrities or dignitaries,” according to its website.

Image of the 767 plane crash in Chambers County, east of Houston. https://t.co/dQIO0yoHsj pic.twitter.com/16afzHBcrT

Below shows the plane’s flight path into Houston from Miami before the deadly crash.

According to a local ABC affiliate:

The Federal Aviation Administration issued an Alert Notice (ALNOT) on Atlas Air Flight 3591 after losing radar and radio contact with the Boeing 767 approximately 30 miles southeast of Houston George Bush Intercontinental Airport. The aircraft was flying from Miami to Houston.

There appears to be local video taken of the plane just before it crashed into the bay. It shows the jet on an extremely slow descent, almost hovering above the water, but then cuts out seconds before the plane hits the water.

Heavy.com as well as Houston area reporters are circulating the video originally posted to Instagram by an Anahuac, Texas local resident.

#BREAKING: A cargo plane has crashed into Trinity Bay, TX — Video shows U.S. Coast Guards in a helicopter helping with the rescue and recovery efforts. Reportedly there were 3 people on board the Boeing 767.

If confirmed, the video may be evidence that the pilots were trying to make an emergency landing on the water’s surface, into Trinity Bay. 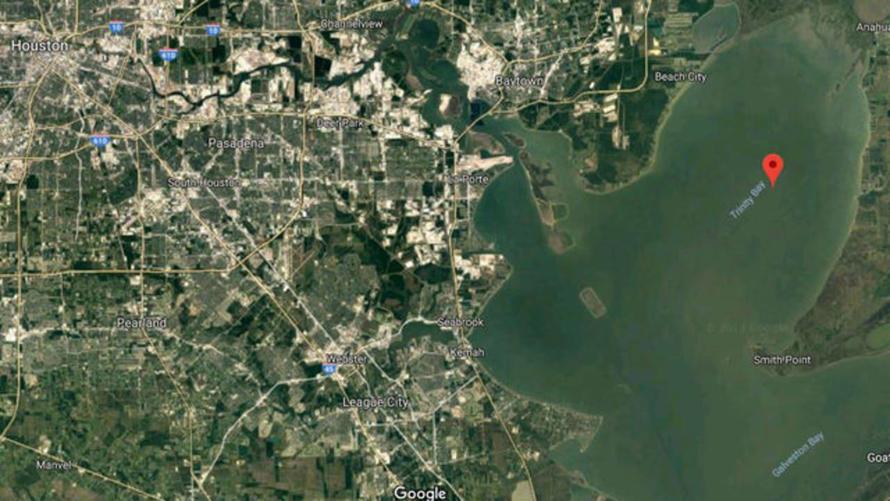 According to the plane’s registration it’s been in operation for twenty-six years, first as a passenger jet for international carriers.

Before the 767-300 that crashed outside Anahuac, Tex. flew an Amazon Prime Air livery, the 26-year-old jet once flew passengers for @ChinaSouthernEU and @LANAirlines, according to the plane’s registration. pic.twitter.com/usnk1GvNcN

“FAA investigators are on their way to the accident site and the National Transportation Safety Board has been notified,” said FAA spokesman Lynn Lunsford in a statement. “The NTSB will be in charge of the investigation.”