Authored by Elias Marat via TheMindUnleashed.com,

As more and more people shake themselves free from the taboo against the medical and recreational use of cannabis, one would think that the mainstream media would similarly shift with the cultural winds and begin to show more flexibility toward the plant.

In the case of CBS, this doesn’t seem to be an option. 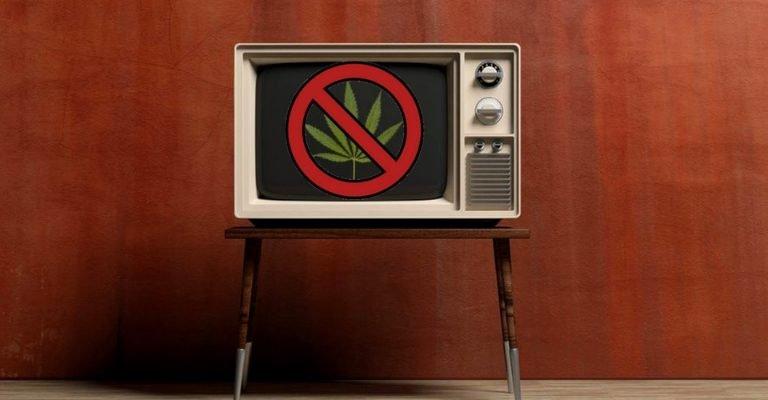 The network’s stance was made clear when they rejected a commercial promoting the numerous medicinal and health benefits of cannabis during this year’s Super Bowl, when an estimated 100 million viewers will attentively watch not only the Big Game and Halftime Show, but also eagerly gape at the commercials that run during the game.

As is tradition, many of the ads will be for alcoholic beverages that viewers often binge-drinkthroughout the day. But ads for medical marijuana to treat glaucoma or improve the quality of life for suffering U.S. military veterans? Now that’s going too far – or so CBS executives say.

According to USA Today, Acreage Holdings  – a firm involved in the cultivation, processing, and sale of cannabis – produced a 60-second ad showing three people suffering from a variety of ailments who attest to the healing power of medical marijuana.

“It’s a public service announcement really more than it is an advertisement,” Harris Damashek, chief marketing officer for Acreage explained.

“We’re not marketing any of our products or retail in this spot.”

After sending the storyboards of the commercial to CBS, Acreage received a reply that brusquely stated:

“CBS will not be accepting any ads for medical marijuana at this time.”

A CBS spokesman subsequently told the newspaper that its current broadcast standards don’t allow for any sort of advertising related to cannabis.

Acreage president George Allen isn’t particularly shocked about the rejection, and attributed the company declining the ad to the legal gray-zone in which medical marijuana purveyors currently find themselves. Allen explained:

In 1996, California was the first state to lift restrictions on the use of marijuana for medical purposes. Since then, over 30 states have followed the Golden State’s example while ten states plus Washington, D.C. have also freed the plant almost entirely, granting adults over 21 the right to partake freely in the recreational use of the herb.

Yet under federal law, cannabis remains classified as a Schedule I drug under the Controlled Substances Act – a contradiction that has led to many legally-licensed companies dealing with the plant to land in hot water with the feds.

“One of the hardest parts about this business is the ambiguity that we operate within …We do the best we can to navigate a complex fabric of state and federal policy, much of which conflicts.”

The advertisement, depicting three cases of people who benefited from their use of medical marijuana, remains in unfinished form. Stories included that of a Colorado boy who suffers from Dravet syndrome, whose mother claims that medical cannabis saved his life after suffering numerous seizures per day. A Buffalo man claims that after 15 years of opioid dependency following three back surgeries, medical marijuana allowed him to live once again. And an Oakland resident and military veteran who lost his leg while serving also claimed that medical marijuana has softened the unbearable pain he had undergone.

The use of marijuana for various ailments is nothing new. Cannabis has been used medicinally by humans across the globe for over 5,000 years.

After years of demonization, the plant has enjoyed increasing mainstream acceptance in recent decades, with a recent poll by the Pew Research Center finding that 62 percent of U.S. residents, including 74 percent of millennials, favor an end to the prohibition of cannabis.

The plant has also been the subject of numerous studies by the medical community as a valid treatment for a various medical and health conditions including headaches, chronic pain, insomnia, muscle spasms, menstrual cramps, narcotic addiction, appetite loss, post-traumatic stress disorder, anxiety, HIV-AIDS, cancer, and other ailments. In contrast, alcoholic beverages haven’t been proven to be a reasonable treatment for any of these things.