Authored by Patrick Buchanan via Buchanan.org,

If it was the dream of Dr. Martin Luther King Jr. that black and white would come together in friendship and peace to do justice, his acolytes in today’s Democratic Party appear to have missed that part of his message. 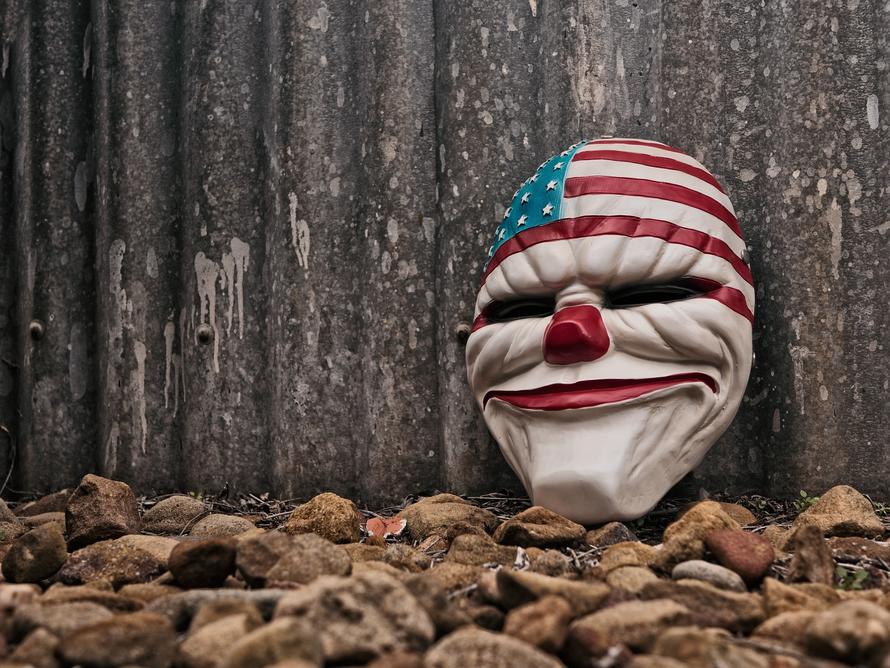 Here is Hakeem Jeffries, fourth-ranked Democrat in Nancy Pelosi’s House, speaking Monday, on the holiday set aside to honor King:

“We have a hater in the White House. The birther in chief. The grand wizard of 1600 Pennsylvania Avenue. … While Jim Crow may be dead, he’s still got some nieces and nephews that are alive and well.”

At the headquarters of Al Sharpton’s National Action Network, wrote The New York Times, Jeffries’ remarks were “met with … much cheering.”

At a Boston breakfast that same day, Sen. Elizabeth Warren chose to honor King’s memory in her way:

“Our government is shut down for one reason … So the president of the United States can fund a monument to hate and division along our southern border.”

At a rally in Columbia, South Carolina, Sen. Cory Booker declaimed — in what could be taken as a shot at his New Jersey colleague, the lately acquitted Sen. Bob Menendez —

“We live a nation where you get a better justice system if you’re rich and guilty than poor and innocent.”

Booker urged the crowd “to apply the ideals of Dr. King” and avoid vitriol in dealing with political adversaries.

But his Senate colleague Bernie Sanders, also in South Carolina, wasn’t buying it. Routed by Hillary Clinton in the South Carolina primary in 2016, Sanders is determined not to lose the party’s African-American majority that badly in 2020.

“Today we talk about racism,” said Sanders. “It gives me no pleasure to tell you that we now have a president of the United States who is a racist.”

Joe Biden spoke in D.C. in the full apology-tour mode made famous by his former boss, Barack Obama. He brought up the 1994 crime bill he shepherded though the Senate, which treated consumption and distribution of crack cocaine as more serious crimes than the use of powder cocaine, and then confessed to the crowd that it was “a big mistake.”

“We were told by the experts that, ‘crack you never go back,’ that the two were somehow fundamentally different. It’s not. But it’s trapped an entire generation.”

Biden meant that lots of black folks got locked up for a long time, unjustly, conceding, “We may not have always got things right.”

Biden then proceeded to slander the nation that has honored him as it has few of his generation:

“Systematic racism that most of us whites don’t even like to acknowledge” is “built into every aspect of our system.”

Is America, 50 years after segregation was outlawed in our public life, really a land saturated with systemic racism?

The mayor’s problem with African-Americans is that he pursued a policy of stop-and-frisk with criminal suspects in New York. So, he sought to find common ground with his audience by relating “a series of events that had shaped his recent thinking about race.”

The mayor said he had “recently learned about the deadly race riots in which white residents destroyed the Greenwood district of Tulsa, Oklahoma, in 1921, and murdered several dozen black residents.”

But why did his honor have to go all the way back to 1921 and Tulsa to find race riots, when Harlem, in the heart of the town he served as mayor for 12 years, exploded in a riot in 1964 that spread to Brooklyn and Queens and lasted six days?

Why did Bloomberg not bring up the worst riot in U.S. history, when Lincoln sent Union veterans of Gettysburg to shoot down Irish immigrants protesting the draft in New York?

“It’s up to us to bring these stories out of the shadows so they never happen again,” said the mayor.

But where are black communities threatened by white mob violence in 2019? Was the Watts riot of 1965, were the Detroit and Newark riots of 1967, was the rioting, looting and arson that ravaged 100 cities after King’s death a result of rampaging whites assaulting black folks?

Was the LA riot of 1992, which targeted Koreatown, the work of white racists?

Monday, after a meeting with Sharpton, Sen. Kirsten Gillibrand offered her message of conciliation. Said the successor to Sen. Hillary Clinton, President Trump has “inspired a hate and a darkness in this country that I have never experienced myself.

“It is wrong to ask men and women of color to bear these burdens every single day. … White women like me must bear part of this burden.”

Does there not come a time when the pandering has to stop?

Ronald Reagan preached America as the Pilgrim fathers’ “shining city on a hill.” For Democrats today, America is the heart of darkness.

Can people lead a republic that they have come to see as a sinkhole of racism?