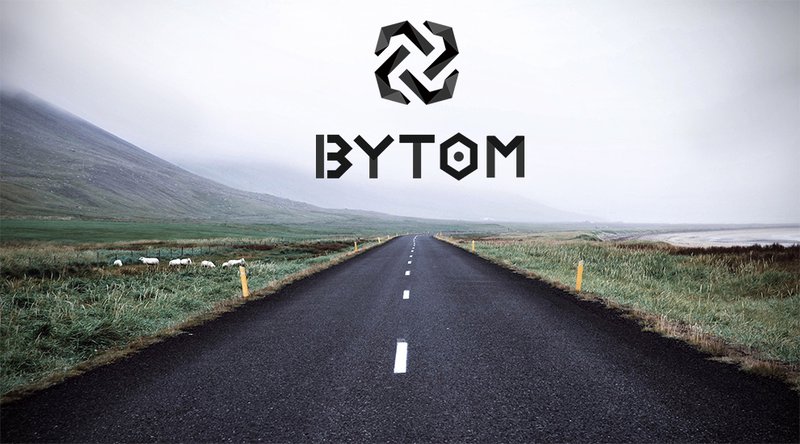 Assets of all stripes have long been recognized for their value in building wealth, paying
debts and meeting both short- and long-term commitments. But now, with the exponential
growth of computing power and big data, the value of strictly digital assets
has all but eclipsed the traditional physical assets that were long the
cornerstone of personal wealth.

As such, there is a growing need for projects
that can connect the worlds of traditional physical assets and cutting-edge
digital ones, thus providing the best of both worlds.

A key player in this movement to move real-world
assets into the digital world is a project known as Bytom. With an eye on rapid advancements taking place in the world of
blockchain technology and artificial intelligence, this nearly 2-year-old project
aspires to become the collision point between the old and new school.

Bytom is a blockchain protocol
of multiple byte assets that serves as an engine for the exchange and
interaction of real-world assets. Its target market includes blockchain
industry insiders and enthusiasts, big data and AI industry stakeholders and
institutions and individuals seeking to build financial and digital asset
applications.

Launched in January 2017, Bytom was conceived by
Chang Jia, creator of 8btc, and Duan Xinxing, former vice president of OKCoin. The Bytom
Foundation is located in Singapore, a country ripe with favorable laws for
blockchain development. This factor plays a key role in the accelerated growth
of Bytom’s ecosystem.

Congruent with its broader aims, Bytom seeks to
address a number of key compliance issues around linking digital assets with
physical assets by aggressively improving and optimizing the underlying
technology that drives this process.

The Bytom blockchain consists of three types of
asset categories for exchange:

The Bytom protocol allows these assets to be tradable on-chain,
while eliminating middlemen who are traditionally involved in asset transfers
and recordkeeping. This has led to faster transactions and lower costs.
Moreover, the blockchain allows for greater security for these assets than
would be achieved if they were with a third-party organization.

Users have the ability to create asset-backed securities on the
Bytom blockchain through the use of smart contracts, allowing them to register
and tokenize their assets. The platform can also be utilized for fundraising or
initial coin offering (ICO) campaigns.

The Bytom Blockchain and Token

The Bytom blockchain protocol is an interactive
protocol of multiple byte assets. Its native token, known as “BTM,” is used as
a transaction fee for asset trading, income asset dividends and for asset
issuance deposits. These coins can be stored in Bytom’s official wallet, which is
available for download on Windows, Linux and macOS.

With the maximum number of Bytom tokens set at
2.1 billion, over 1 billion BTM coins are already in circulation. These coins
can be purchased with other cryptocurrencies on several exchanges, such as RightBTC, Huobi, OKEx, KuCoin and Bibox.

Bytom finished its token sale in June, 2017.  Thirty percent of the total supply was distributed during the ICO, with another
20 percent reserved for the Bytom Foundation.  Ten percent
was set aside for business development, 7 percent for private equity investors
and 33 percent for mining efforts.

Strategic Milestones and the Path Forward

The Bytom mainnet was officially launched on April 24, 2018. In June of 2018, a token
swap of ERC-20 Bytom tokens for the native Bytom coins took place across
several exchanges. Bytom then released its smart contract functionality in late
June.

Amid this flurry of progress, a partnership was
formed with East Lake Big
Data Asset Exchange, an organization involved in delivering big data solutions for
Chinese government agencies. East Lake is collaborating with Bytom to bring new
innovations to blockchain platforms and data assets trading.

And, in a practical use case, Bytom facilitated
the world’s first cargo shipment with BTM as online payment in conjunction with
SeaRates, the oldest resource dedicated to online
logistics. By way of this collaborative endeavor, a shipment from China to
South Korea was successfully executed through the use of BTM.

SeaRates now utilizes Bytom to execute
transactions with precision and efficiency. As a result, BTM has the
distinction of being the only cryptocurrency supported by SeaRates for online
payments tied to logistics and international trade.

“The launch of Bytom comes from
a real need in the community,” said CEO Duan Xinxing.
“8btc was one of the earliest cryptocurrency and blockchain communities and
forums. Many early writers and audiences of 8btc have become pioneers and
leaders in this industry now. But despite having developed various successful
public chains, alliance chains and private chains, they encountered the same
problem, that is, assets and interests can only be operated on separate chains
and cannot interact with each other, let alone interact with traditional assets
in the real world.”

Xinxing added that, in order to
realize the interaction between different digital assets in the atomic byte
worlds, Chang Jia and he decided to launch
Bytom.

“First, we want to optimize the
underlying technology, in order to ensure a more stable operation of Bytom’s
mainnet,” he said. “Second, we’re aiming to create a better support mechanism
for developers through a more convenient smart contract and programming
language support. Finally, our hope is to expand the developer community and
the business cooperation community.”

Note: Trading and investing in digital assets is speculative and
can be high risk. Based on the shifting business and regulatory environment of
such a new industry, this content should not be considered investment or legal
advice.