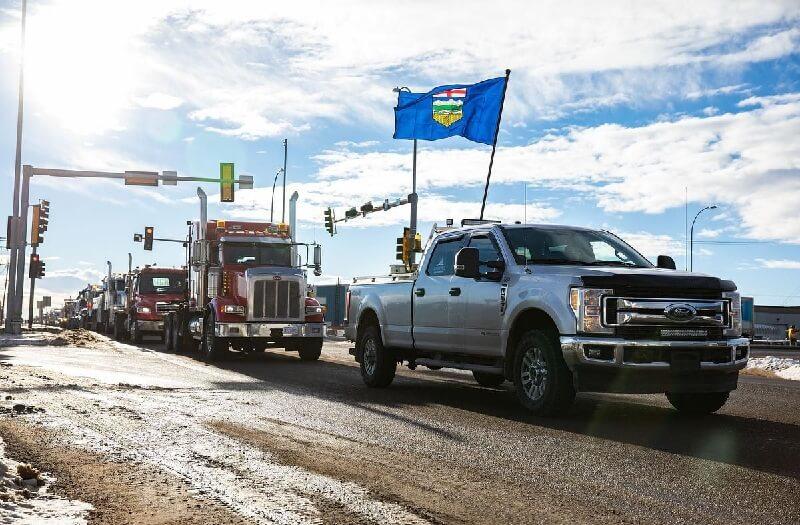 All over the world, the forgotten man is rising up, reminding the ruling elite of his existence. Fed up with leaders catering to the whims of 0.05% of society, or instituting policies that impact their pocketbooks, the working folks of America, Italy, Brazil, and France are making sure their voices are heard in the political arena. This uncomfortable fact is sending shivers up and down their masters’ spines, including those in the Great White North.

For so long, Canadians were passive and apathetic about how they were treated by their rulers. They just drowned their sorrows of excessive taxation and abuse of the public purse in a Tim Hortons double-double and a plate of poutine. That’s just the way it is, they cried. There’s nothing to do, they grieved.

The trust fund baby is a man who continually talks down to those who are not like him. By encouraging young people to use “peoplekind,” openly wishing that Ottawa would embrace a Chinese-style government, and suggesting citizens with real concerns about Syrian migrants are racist, Trudeau has begun to light the populist spark from British Columbia to Newfoundland.

To truly comprehend the left’s disdain for blue-collar Canadians who do not accept the premises of leftist dogma, you will need to travel to Calgary, Alberta. At a recent demonstration of energy workers, Liberal Mayor Naheed Nenshi treated the crowd like kindergarteners:

Nenshi shifted his remarks into French, but he received pushback from the crowd. This led the condescending mayor to threaten the crowd with detention: “If you want someone to listen to you, you have to speak their language.”

It is this mockery, condescension, and dismissal that is producing discontent nationwide, particularly in the energy sector. In the era of Trudeaumania 2.0, politicians from major urban centers turn their noses up at workers employed in the oil, gas, and coal industries. Journalists, accepting a $600 million bribe from the federal government, refrain from calling out such deplorable behavior. Instead, they report favorably on imposing carbon taxes, delaying pipelines, and implementing egregious environmental regulations in the resource-rich country.

Of course, the energy sector’s tax dollars are good enough to be used against them, extending generous grants and subsidies to the politically-connected green industry. Why? To appease the globalists who are using the religion of global warming to control populations.

But Canadians are no longer sitting idly by. They’re mad as hell and are sending clear signals that they’re not going to take it anymore.

In December, a convoy of trucks in Grand Prairie, Alberta “touched its tail” as it rallied in the city impacted by several government policies, including the carbon tax, Bill C-48, and Bill C-69. While the carbon tax is terrifying for all Canadians, C-48 and C-69 mainly target energy; the former prohibits oil tanker traffic on British Columbia’s northern coast and the latter dramatically transforms the process of environmental assessments for every major infrastructure project, including the ever-important trans-province energy project proposals.

The protests against the levy and Bills C-48 and C-69 are only intensifying. Another Alberta-based convoy of trucks is taking its frustrations to Ottawa next month.

“We want to make our voices heard,” James Robson, the grassroots Canada Action manager, told The Star. “Families are supported by the energy sector. It’s one of the most important economic drivers in Canada.”

The Trudeau government seems indifferent to the growing opposition to carbon taxes and punishing legislative blitzkrieg. This should not come as a surprise. Energy Minister Catherine McKenna, also known as Climate Barbie, encouraged a grain farmer to just adopt artificial intelligence to combat the costs of the carbon tax.

It is this level of arrogance that puts Trudeau and his minions out of touch with typical Canadians.

Perhaps the modesty of your average Canadian will never concede to something so iconic, instead preferring to just have their voices heard by the central planners who think they’re better than someone from rural Alberta or the Maritimes. Canada’s thought police and gatekeepers of permissible opinion are warning about the dangers of populism, but if they wish to quash its inevitable ascent to mainstream politics, they should quit treating voters not from Toronto, Vancouver, or Ottawa either like they don’t exist or as if they’re children riding the short bus.