In the days after the UK’s chaotic no-deal Brexit, as companies scramble to re-engineer supply chains to account for time-consuming customs checks on goods entering the country from the EU, air travelers leaving the UK (passport in hand) can rest assured that, even if their flights linger on the runway for hours, at least they will have a tasty in-flight meal to enjoy as they lash out at Theresa May and her government on Twitter.

That’s because the world’s biggest caterer of airplane meals, snacks and beverages has already stockpiled enough supplies to last about ten days in a warehouse in Peterborough, England, Bloomberg reports.

Following the historic defeat of her Brexit withdrawal deal last week, Theresa May has apparently reasoned that winning over intransigent Tories and members of the DUP would be her best shot at winning support for a “Plan B” deal, which she is expected to introduce on Monday (to be sure, “Plan B” is expected to include only minor differences from “Plan A”).

With the way forward as muddled as ever, May has little choice but to keep fostering scary headlines about the possible fallout from a ‘no deal’ Brexit – a strategy we have dubbed “Project Fear” – in the hope that, once their backs are against the wall and their alternatives have been whittled down to ‘her deal or no deal’, MPs will do the “sensible” thing and back May’s deal. 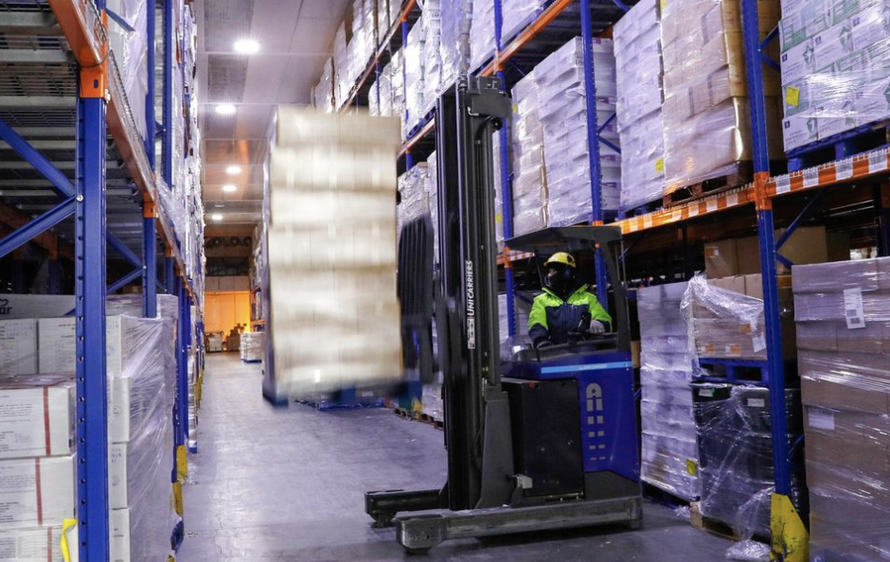 And now, Gate Gourmet, an airline services company that supplies 10 airports in the UK, has filled warehouses across the country with enough supplies to give them a 10-day buffer following a hard Brexit, which the company’s executives fear could be disruptive to their supply chain.

Gate Gourmet, which serves 20 airlines at 10 U.K. airports, is accumulating enough pizza, ice cream and roast duck (for business class) to see passengers through about 10 days of disruption. Chilled items are being held at a warehouse in Peterborough, England, while mountains of snack boxes, peanuts and toilet rolls are piling up at a room-temperature facility in London.

“Companies could be in difficulty if they haven’t prepared themselves and ensured a continuity of supply,” Stephen Corr, the Zurich-based firm’s managing director for Western Europe, said in an interview. “We’ve been gradually increasing inventory levels of products from the European Union to ensure that any initial disruption at the U.K. border can be covered.”

Companies across the UK are already stockpiling everything from autoparts, plane wings, newsprint, beer and cancer drugs at specialist warehouses. Gate Gourmet produces most of its meals in Spain and Germany, which could create problems if the trading relationship between the UK and the EU suddenly reverts to WTO rules. Because of this pre-Brexit Day rush, one of the warehouses used by Gate Gourmet is already 98% full.

That means using the Calais-Dover sea crossing that’s expected to become a pinch-point following the introduction of time-consuming customs checks if Britain exits the EU without a deal. Before being sent to the airport for reheating aboard the plane, the cooked food is stored in Peterborough.

The site, run by a Chiltern Cold Storage, is now 98 percent full with everything from frozen meat for restaurants to vegan meals and dog food, as suppliers the length and breadth of Britain call on its services, according to Operations Director Tom Lewis.

With Brexit Day just 75 days away, more companies are triggering their ‘hard Brexit’ contingency plans. And with May about as close to passing a deal as she was last summer (that is to say, not close at all), we can’t help but wonder if all of this stockpiling could create some distortions in the UK’s PMI numbers if Brexit Day comes and goes without a catastrophe.