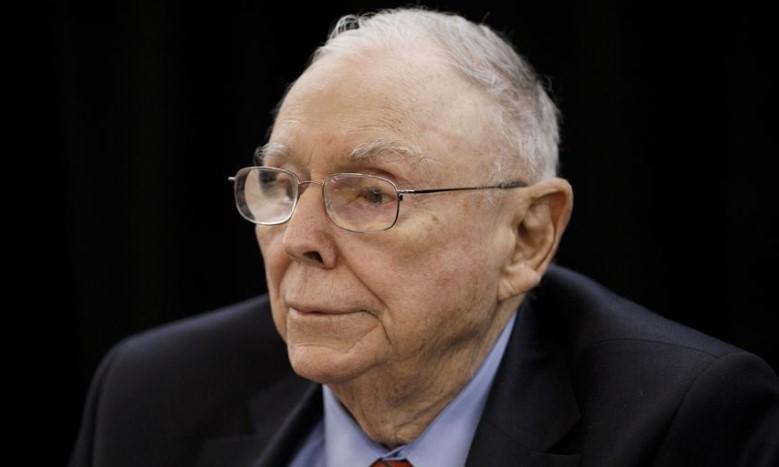 Munger pushed back on taxing the wealthiest Americans, stating: “A lot of civilizations work very well with low taxes on the rich. So it’s a very complicated subject and there’s a lack of evidence that one system is better than another.”

He followed up by saying that there’s a “lot of ignorance” around the issue and that infighting by politicians doesn’t help the country overall. “Hatred blinds reason and both sides are blinding reason. How can it possibly be good?” he asked.

In response to Amazon retracting their plans for a headquarters in Queens, Munger was critical of New York for “driving out all the rich people”. Munger said in a CNBC interview on Friday that the wealthy are typically older and don’t burden public services such as schools or prisons, while at the same time keeping hospitals busy.

In a post-meeting CNBC interview, Munger also spoke about the rising national debt, calling it a “sense that a great nation will in due time be ruined”. “Our turn is bound to come one day,” he said about the United States’ growing debt load.

“Well I don’t worry much because I regard it as a sense that a great nation will in due time be ruined,” Charlie Munger said on the growing national debt. “Our turn is bound to come one day, but I don’t like thinking about it too much.” https://t.co/Upi8d15yNO pic.twitter.com/ZA9WaXhSg9

When asked about any “bad behavior” he sees in the system today, his attention turned to money printing.

He told Becky Quick: “Well, nobody knows how much of this money printing we can do. And of course we have politicians who like– and are in both parties, who like to believe that it doesn’t matter how much you do. That we can ignore the whole subject and just print money as convenient. Well, that’s the way the Roman Empire behaved, then it was ruined. And that’s the way the Weimar Republic was ruined. And– it’s– there is a point where it’s dangerous. You know, and of course, my attitude when something is big and dangerous is to stay a long way away from it. Other people want to come as close as possible without going in. That’s too tricky for me. I don’t like it.”

He continued, slamming economists who claim they know how QE will pan out in the long run: “we’re using methods that are so extreme that maybe we can’t use a lot more of them. And we don’t know the answer to that. If an economist told me he knew the answer to that, I wouldn’t believe him. Either way. It wouldn’t matter which way his opinion was. I just think we don’t know.”

Munger also had some choice words for Eddie Lampert’s attempted turnaround of Sears: “If you take on the job that’s impossible to do, you’re going fail at it. That’s the lesson.”

He also claimed there was a lack of opportunities to deploy capital at Berkshire Hathaway. “We’ve had a long drought in terms of buying a big company and we don’t like it. But if we have to go through a much longer drought, we can handle it,” he said.

Finally, prompted by a question about his own hiring adage that “The guy with the IQ of 150 who thinks its 170 will kill you”, Munger quipped back “You must be thinking about Elon Musk”.

You can watch a full stream of Munger’s comments here: