How many tasting menus would a 300-pound lineman need to consume to feel satisfied? Well, we might be about to find out.

After “Good Morning America” host Michael Strahan, in a pioneering example of what we’ve termed “lobster signaling”, invited the members of the championship Clemson Tigers football team to a “proper meal” of lobster and caviar while criticizing President Trump’s now-infamous shutdown-inspired “fast food feast”,  Alinea,Chicago’s only three-Michelin star restaurant, has decided to one-up the former Superbowl-winning pro football player by inviting the team for a special victory meal at its restaurant. 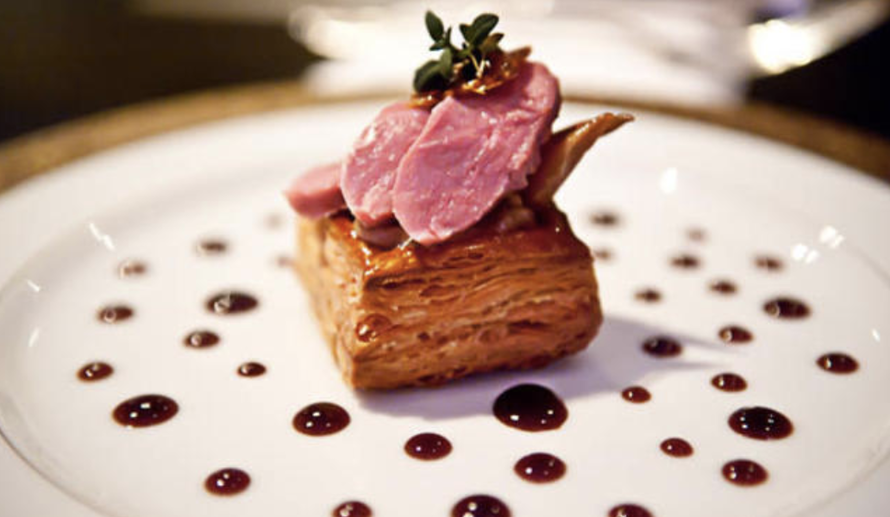 Of course, given the NCAA’s rules against players accepting gifts, it’s unclear whether the team will be able to accept the offer. But the restaurant’s owner, who specified that he “doesn’t care about football”, said in a tweet that the special meal would be “what an actual celebration dinner should be” and that it would be “worth it.”

I could care less about college football. But I’m personally inviting the Clemson Tigers team and coaches to Chicago to experience what an actual celebration dinner should be.

Someone let them know what The Alinea Group does. It’ll be worth it@ClemsonTigers

To be clear, Kokonas said in an interview with the Chicago Tribune that he doesn’t think there’s anything wrong with fast food. But he said the football players likely have never experienced “nothing quite like what we do.”

“I like a burger as much as anyone else. At the end of the day, though, I’m betting they’ve had that, as football players, a thousand times. I bet they’ve had nothing quite like what we do.”

And in a snarky aside directed at Trump, Kokonas said that, though “we are not billionaires”, his restaurant group has enough resources to “do it right.”

“We’re not billionaires, but we can afford to do it the right way,” Kokonas continued. “I’m trying to make this as nonpolitical as possible. For me, this isn’t about politics. It’s about something we can do to correct something I thought was just wrong. That’s it.”

We’re still waiting for Warren Buffett – another notable McDonald’s fan – to invite the entire team to dinner at his favorite Omaha steakhouse.