After downbeat headlines over US-China trade talks, and following China’s greatest liquidity injection ever (over 1.1 trillion yuan last week) after weak Chinese macro data in the last few months (including the collapse of China trade data), all eyes were on tonight’s avalanche of China economic data.

The Q3 bounce in macro data was extremely weak… 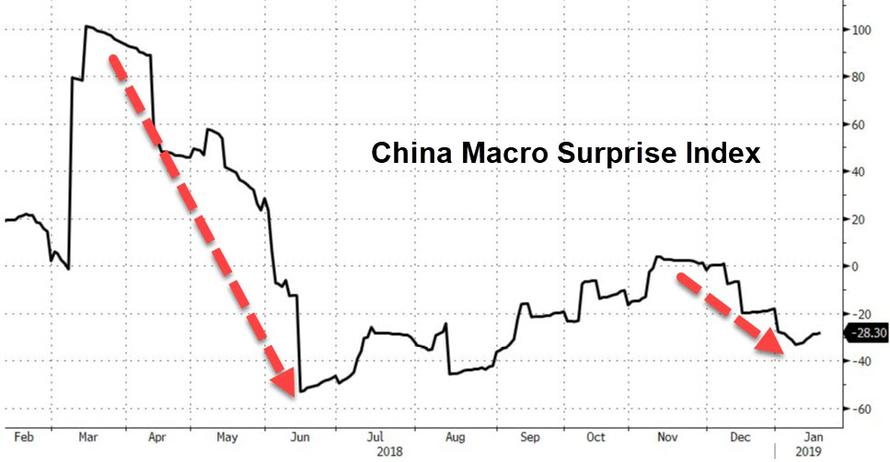 And yuan has oddly strengthened… 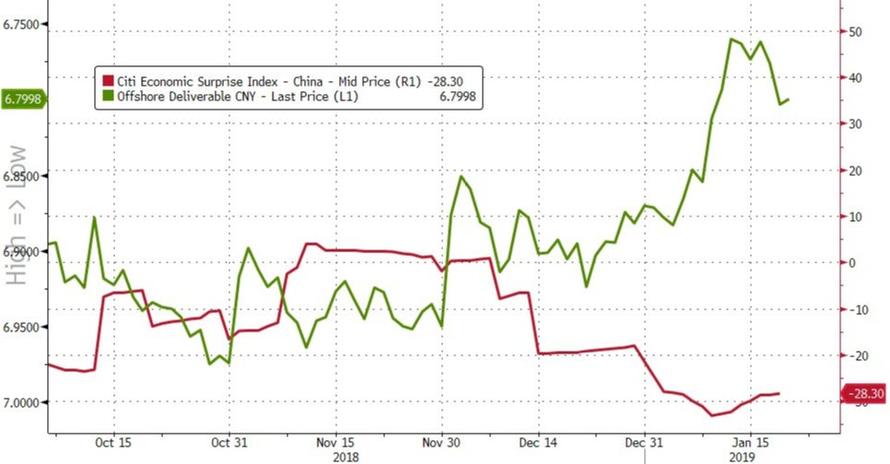 Despite constant easing by fiscal and monetary authorities… 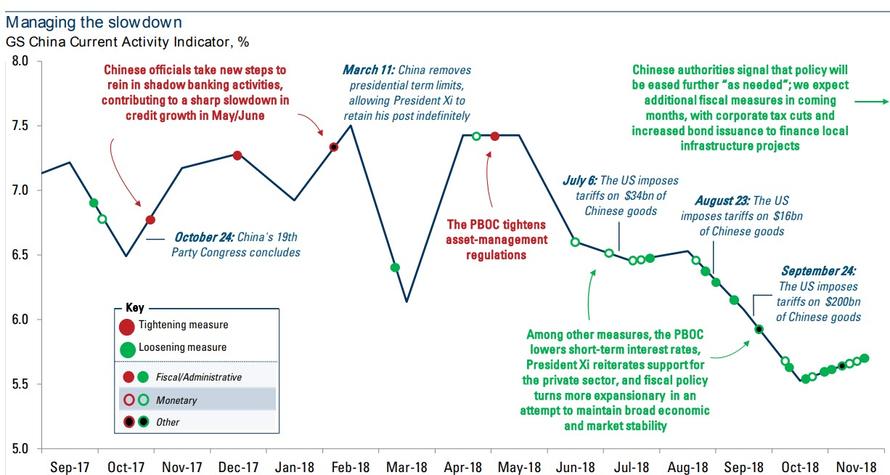 After the weakest trade data since 2016, which reflects an end to export front-loading and the start of payback effects… 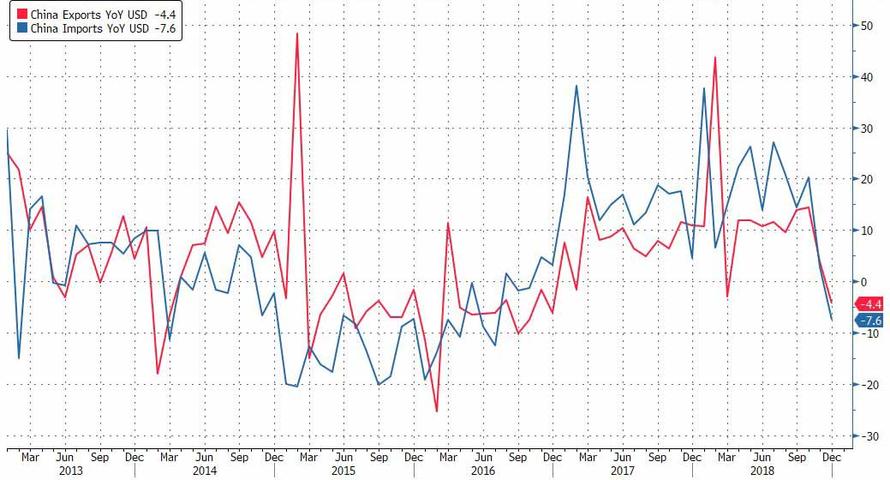 China just injected a record 1.16 trillion yuan into the financial system… (yea trillion with a ‘t’)

We’ve had no shortage of warning signs in recent weeks and months that the slowdown was becoming more broad based, including the official manufacturing PMI dipped below 50 into contractionary territory for the first time since March 2016.

Here’s another sign that China’s economy is slowing: GDP in the southern manufacturing hub of Shenzhen grew at 7.5 percent in 2018, Xinhua reported Friday. That compared with a growth rate of 8.8 percent in 2017, and 9.1 percent in 2016.

So what does tonight hold?

And last but not least the big one: 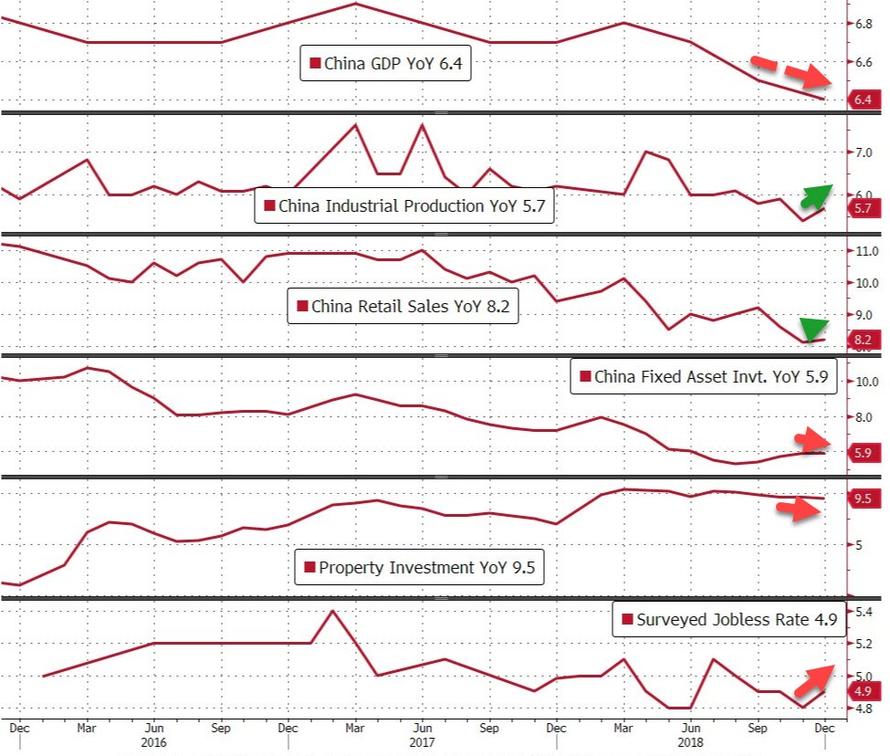 These figures at first glance should alleviate concerns that China’s slowdown would continuously get worse, although the question of course will be how reliable these figures are, but they do suggest that China’s efforts to support growth are already starting to have some effect. 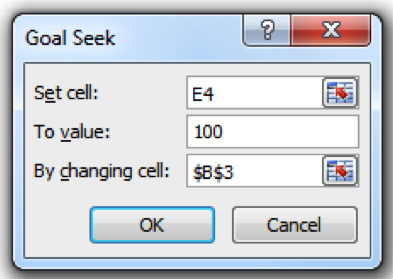 There was no dramatic impact as yet in markets.

The question is – is good new, bad news? We have already seen how unsuccessful China’s easing efforts have been in stimulating any economic rebound… and the PBOC explicitly stated last week that there will be no blanket easing policies.

But, what really matters is China’s credit impulse and its lagged effect on the economy and market… and it just hit a new cyclical low…

China will set its 2019 growth target officially at the annual gathering of the legislature in March, known as the National People’s Congress. Reuters has reported that the plan is a range of 6 to 6.5%. But, as Bloomberg’s Chris Anstey notes, many economists would applaud if China abandoned the target entirely. In the past it has been faulted for giving officials the incentive of pursuing growth regardless of cost — leading to a build-up of bad loans and under-performing assets, weighing down on productivity and ultimately hurting the economy. 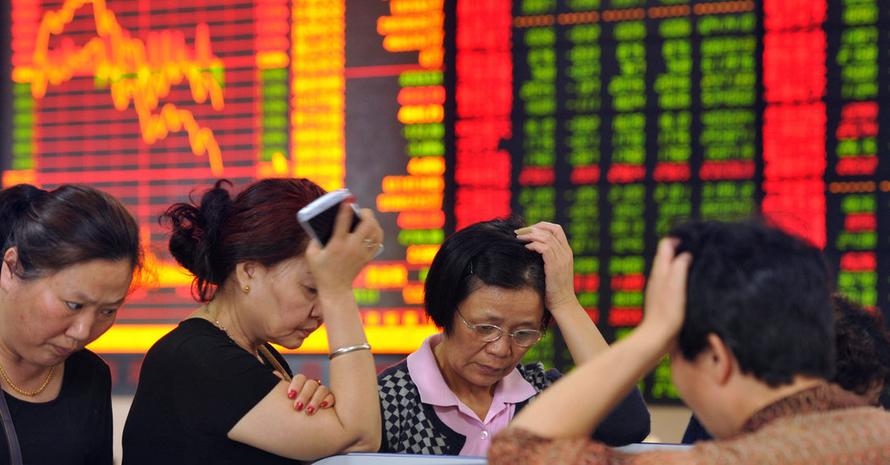 Of course, much like in the US, regardless of today’s numbers, the story has already moved on. That’s because the trade talks will determine whether or not there’s another dose of tariffs or other barriers to investment. They will also dictate any near term reforms that China will need to push through to sate the trade hawks in Washington.