PLA special forces are being groomed into “super soldiers” to meet the requirements of the modern battlefield, according to Global Times.

The wide variety of advanced guns are being deployed with the Xuefeng Special Operation Brigade under the PLA 76th Group Army, CGTN News reported on Monday.

China has manufactured three CornerShot-like weapons to date: the HD-66, which is a replica of the CornerShot, and the CF-06. Both models were unveiled at the 4th China Police Expo by Chongqing Changfeng Machinery and Shanghai Sea Shield Technologies.

The third one, known as the CS/LW9, was developed and manufactured by the China Ordnance Industry Research Institute in 2005. It has a handle at the bottom that can be used to turn the LW9 around corners.

All three systems use the QSZ-92 as the primary pistol.

Neither Global Times or CGTN News clarified which CornerShot-like pistol was deployed to PLA special forces. 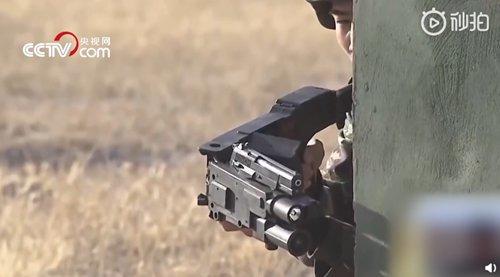 Another futuristic combat weapon PLA forces are using is the knife gun. It hides the bullets inside what seems to be a knife, which can be fired in close combat environments, the report said. 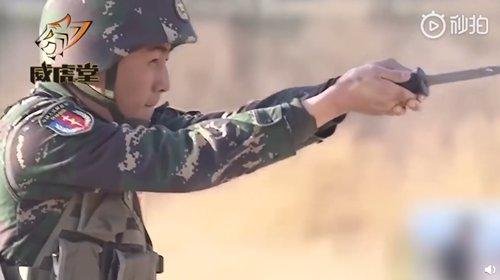 The last weapon is the grenade-launching assault rifle, also known as the Individual Comprehensive Operation System QTS-11, is an air burst grenade launcher integrated with the QBZ-03 assault rifle that has been in service with the PLA since 2015, according to the report. 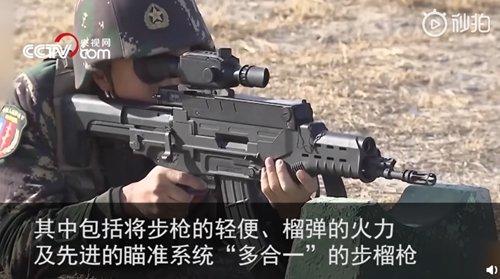 “With these weapons, super soldiers capable of 1 vs. 10 will be created,” Wei Dongxu, a Beijing-based military analyst, told the Global Times on Tuesday.

CGTN News said it is rare for these advanced weapons to be broadcasted on television.

“The weapons are made for special forces… Some standard troops will also use them in the future,” he added, adding that these high-tech weapons will remain exclusive to special forces due to high costs.

For now, these weapons are being used in special force combat units to further the PLA’s modernization efforts, CGTN News concluded.