Former Trump attorney Michael Cohen – who will soon head to prison after pleading guilty to eight criminal charges – will testify to Congress on Wednesday that President Trump is a “con man” and a cheat,” according to a copy of his opening statement given to the New York Times.

Cohen will say that while Trump was “intoxicating” to be around, and “When you were in his presence, you felt like you were involved in something greater than yourself — that you were somehow changing the  world,” that the president is actually a ‘racist, conman and a cheat.’ 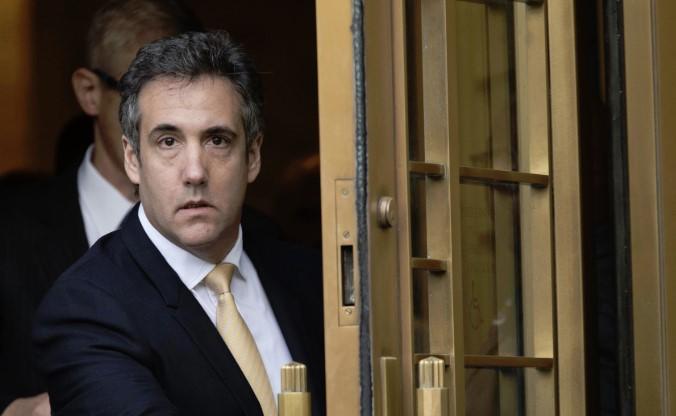 Cohen will claim among the following (via the Times):

In July 2016, days before the Democratic convention, I was in Mr. Trump’s office when his secretary announced that Roger Stone was on the phone. Mr. Trump put Mr. Stone on the speakerphone,” his written remarks say. “Mr. Stone told Mr. Trump that he had just gotten off the phone with Julian Assange and that Mr. Assange told Mr. Stone that, within a couple of days, there would be a massive dump of emails that would damage Hillary Clinton’s campaign. Mr. Trump responded by stating to the effect of ‘wouldn’t that be great.’”

In conversations we had during the campaign, at the same time I was actively negotiating in Russia for him, he would look me in the eye and tell me there’s no business in Russia and then go out and lie to the American people by saying the same thing,” Mr. Cohen plans to say. “In his way, he was telling me to lie.”

When I say conman, I’m talking about a man who declares himself brilliant but directed me to threaten his high school, his colleges, and the College Board to never release his grades or SAT scores.

When telling me in 2008 that he was cutting employees’ salaries in half – including mine – he showed me what he claimed was a $10 million IRS tax refund, and he said that he could not believe how stupid the government was for giving “someone like him” that much money back.

Cohen says that he has no evidence of collusion with Russia surrounding the 2016 US election – but he has his “suspicions.”

Questions have been raised about whether I know of direct evidence that Mr. Trump or his campaign colluded with Russia. I do not. I want to be clear. But, I have my suspicions

Sometime in the summer of 2017, I read all over the media that there had been a meeting in Trump Tower in June 2016 involving Don Jr. and others from the campaign with Russians, including a representative of the Russian government, and an email setting up the meeting with the subject line, “Dirt on Hillary Clinton.”

Something clicked in my mind. I remember being in the room with Mr. Trump, probably in early June 2016, when something peculiar happened. Don Jr. came into the room and walked behind his father’s desk – which in itself was unusual. People didn’t just walk behind Mr. Trump’s desk to talk to him. I recalled Don Jr. leaning over to his father and speaking in a low voice, which I could clearly hear, and saying: “The meeting is all set.” I remember Mr. Trump saying, “Ok good…let me know.” What struck me as I looked back and thought about that exchange between Don Jr. and his father was, first, that Mr. Trump had frequently told me and others that his son Don Jr. had the worst judgment of anyone in the world. And also, that Don Jr. would never set up any meeting of any significance alone – and certainly not without checking with his father.

Read the rest below: