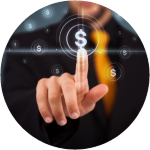 We would like to share January trading results of our clients. Check out FreshForex report about the best trades and the most interesting instruments and set your own records!

$9 066.93 is the most profitable January trade! It was long EURUSD position of 15 lots, order was in market for about 6 hours.
2496.35% is the biggest increase in funds in a month, the client achieved such a result within 5 trading days by trading major currency pairs.
The most active trader made 1543 trades this month! The client traded major currency pairs, metals and oil without using Expert Advisors!
$142 017 is the best total trading result of January! The client held long DJI30, BTC and American shares positions.
59% of all the November trades were profitable.
25% of clients with deposits larger than $5000 closed this month with profit.

Within the first week of February some instruments might have brought profit up to $16 223!

Check out the most profitable instruments for the moment:

#Nikkei – Japanese index showed strong correlation with American indexes, so that allows traders either to use it as hedging instrument for their assets on American market or as a major asset for implementation of their trading ideas. Within the first week of February Nikkei trade of 1.25 lots could have brought $16 223 of profit.
#DJI30 and #S&P500 – Huge-scale decline that happened in the beginning of the month allowed pessimistic traders to earn as much as they usually earned within several months. Only few expected such developments but those who went short on American indexes now have enough funds to go on a vacation. For a #DJI30 trade of 1.01 one could have got $14 193, and for a а #S&P500 trade of 1.86 lots – $13 562.
#BTC – Bitcoin had set new historical highs over and over again but previous month it declined sharply. Now all traders are wondering what to expect in the future. While others are waiting, you can earn on Bitcoin!
#Brent – Oil has been under the close scrutiny of traders from all over the worlds for quite a while now. Oil rates started to rise in June 2017 and it is still bringing profit to trend traders. Within the first week of February one could have got $8 331 for a Brent trade of 3.75 lots.

For more information about volatile trading instruments of the month check out our Forex Heatmap!