Cryptocurrencies are surging while the US equity markets take the day off. Ethereum is up over 18% from Friday’s ‘close’ and the rest of the crypto space is a sea of green. While no immediate catalyst (headline or technical level) is clear, increasing chatter over institutional investors dipping their toes in the space have prompted an extension of the positive trend.

A sea of green… 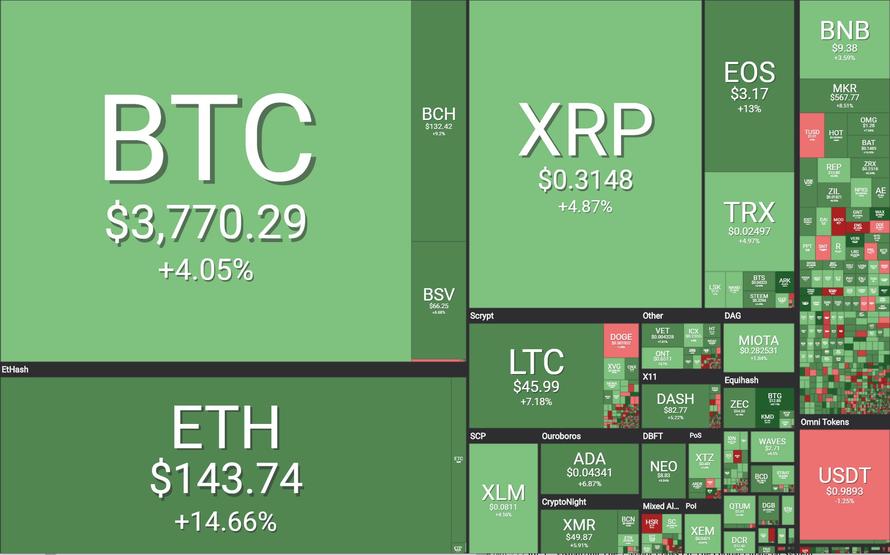 Ethereum is leading the charge followed by Litecoin and Bitcoin Cash… 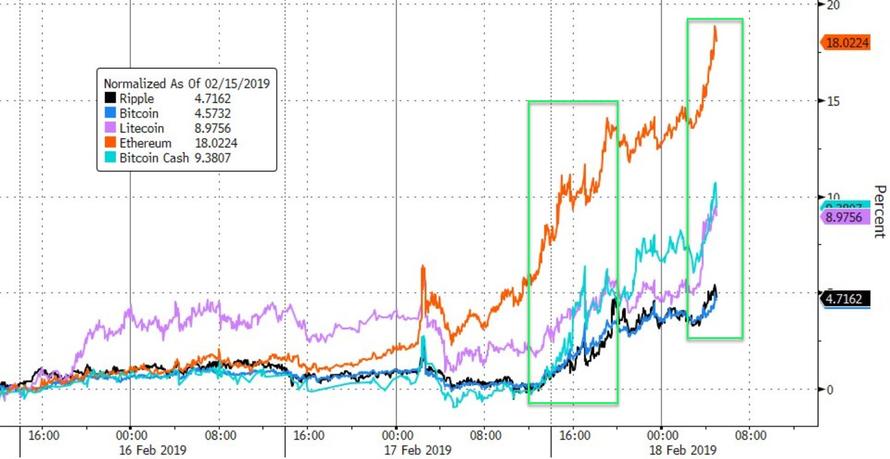 Bitcoin has broken back to one-month highs… 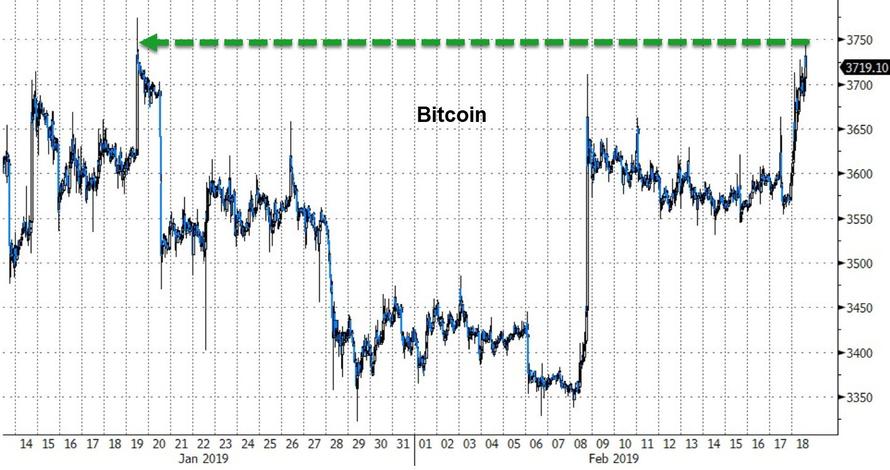 And Ethereum is really accelerating… 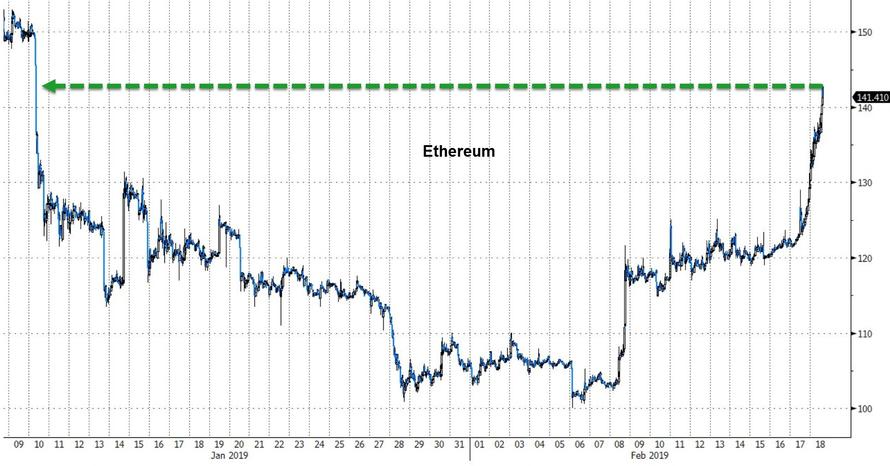 As CoinTelegraph notes, the total market capitalization of all cryptocurrencies is around $128 billion as of press time, up a strong 3.7 percent on the week.

In an interview with Cointelegraph this week, prominent CNBC commentator Brian Kelly argued that Bitcoin is currently around 50 percent undervalued, and that the asset is likely near a bottom. While holding back on optimism in regard to the approval of a Bitcoin exchange-traded fund, Kelly predicted that 2019 would be better for the crypto markets overall, conceding however that 2018 had set “a pretty low bar.”

In adoption news, it appears that the forthcoming update of the Rakuten Pay mobile app from major Japanese e-commerce firm Rakuten will support cryptocurrency payments in addition to fiat.

While no immediate catalyst jumps to mind for today’s surge, Bloomberg notes that institutional investors should consider dipping their toes into cryptocurrencies, according to Cambridge Associates, a consultant for pensions and endowments.

“Despite the challenges, we believe that it is worthwhile for investors to begin exploring this area today with an eye toward the long term,’’ said analysts at Boston-based Cambridge in a research note published Monday.

“Though these investments entail a high degree of risk, some may very well upend the digital world.’’

Most large institutions have steered clear of the 10-year-old, $120 billion industry because it’s largely unregulated and cryptocurrencies have been used to finance illicit trade. The collapse in crypto prices hasn’t helped either: Bitcoin, the largest digital currency, lost about 75 percent of its value in 2018.

For those prepared to take the plunge, Cambridge recommends “a considerable amount of time learning about the space,” including surveying the different ways of investing, from illiquid venture capital funds to buying tokens on an exchange. The firm advises institutions that manage more than $300 billion.