Authored by JD Heyes via NaturalNews.com,

After U.S. markets peaked in September nearly two years after Donald Trump’s victory came with the promise (and delivery) of pro-growth policies, investors got a scare in December when several factors combined with interest rate hikes by the Federal Reserve to drive down indexes. 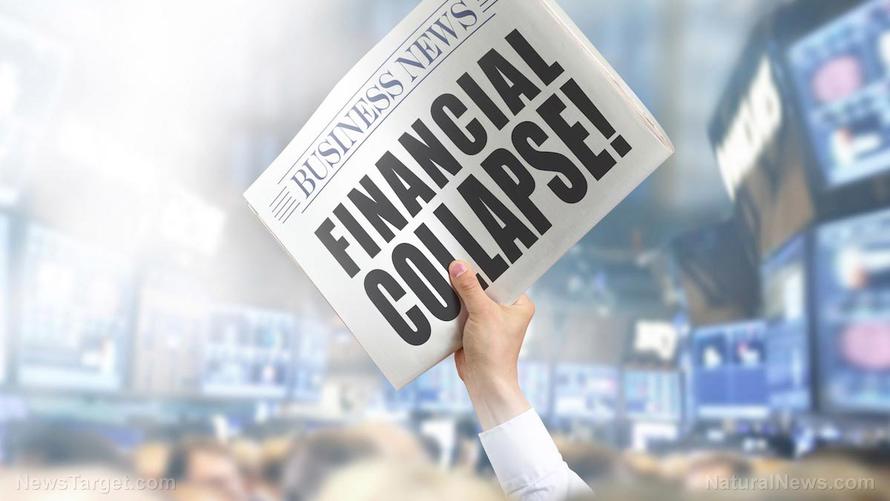 The Dow Jones, Nasdaq, and the S&P 500 all finished the year lower than they were in September. Worse, there are predictions that 2019 could hit markets harder.

Bank of America just polled 234 panelists who manage more than $645 billion in investments where they think global growth is heading over the next 12 months, and 60 percent said it will be negative.

On top of this potential nightmare scenario is the fact that governments around the world comprising the largest economies have nearly all become debtor nations that are one economic calamity away from global collapse.

As noted by Robert Gore at The Burning Platform blog, France’s Yellow Vest protesters may have inadvertently hit upon a way to bring about the collapse of the fiat money and debt system that is sustaining the very governments which increasingly suppress the people they are supposed to serve.

Gore notes that in recent days the French protesters — whom, you recall, took to the streets in response to a massive gasoline tax pushed by President Emmanuel Macron to fund France’s contributions to combat “global warming” agreed to at the Paris Accords in 2015 — have advocated a run on the country’s banks. Such a run, if it occurs, could actually start a chain reaction that would spread to other ostensibly wealthy countries including the United States.

“Whether they realize it or not, they’re playing with nuclear warheads that could annihilate not just the French, but Europe’s and the entire world’s financial system,” Gore writes.

“Because inextricably linked to the ends of contemporary governments ? how much they can screw up the lives of those who must live under them—is the question of means ? how do they fund their misrule? The short answer is taxes and debt,” he added.

Since President Richard Nixon took the U.S. off the gold standard in 1971, our monetary system has been based on fiat currency and debt. That matters because the dollar is considered the world’s reserve currency; nearly all nations trade in it for commodities and use it to pay bills because it’s believed to be the most stable.

Fiat currency is not tied to any tangible asset, like precious metals, so our government — and other governments — can create as much debt as they desire (debt by fiat). And they have.

The global economic system is based on this fiat debt. Currencies have values that are assigned to them given certain market conditions, economic indicators, and other factors. When those are perceived to be doing well, currency values go up, and vice versa when the indicators are ‘down.’

So, how does a run on a single bank in France “turn into a loose yarn that once pulled, unravels the whole sweater?” Gore wrote.

“The bank tries to increase its liquid funds, drawing on whatever lines of emergency credit it may have, and to convert it’s illiquid assets into liquid assets, calling in loans. This pressures other banks and financial institutions, who draw on their lines of credit and call their loans and so on until the system collapses,” he writes.

And the more indebted economic systems are, the more vulnerable to collapse in a crisis.

“Bankruptcy is a when, not an if,” noted Gore.

“Debt is the Achilles heel of the world’s governments. A widespread run on financial institutions will dramatically reduce credit availability and raise interest rates, and it will shut off credit entirely for some of them. Under those circumstances, tax revenues will shrink as well.”

The way to undo the system, then, is to initiate its collapse — as the Yellow Vests are advocating — as a way to break the cycle of encroaching tyranny.