Somewhere between the fevered Zzzz’s of American Dreaming and the blinding shock of being “woke,” there is a recognition that an awful lot about contemporary life is not working and can’t go on. At the bottom of this discontent is the mistaken notion that the unwind of modernity can be arrested or mitigated by “smart” and “green” this-and-that. 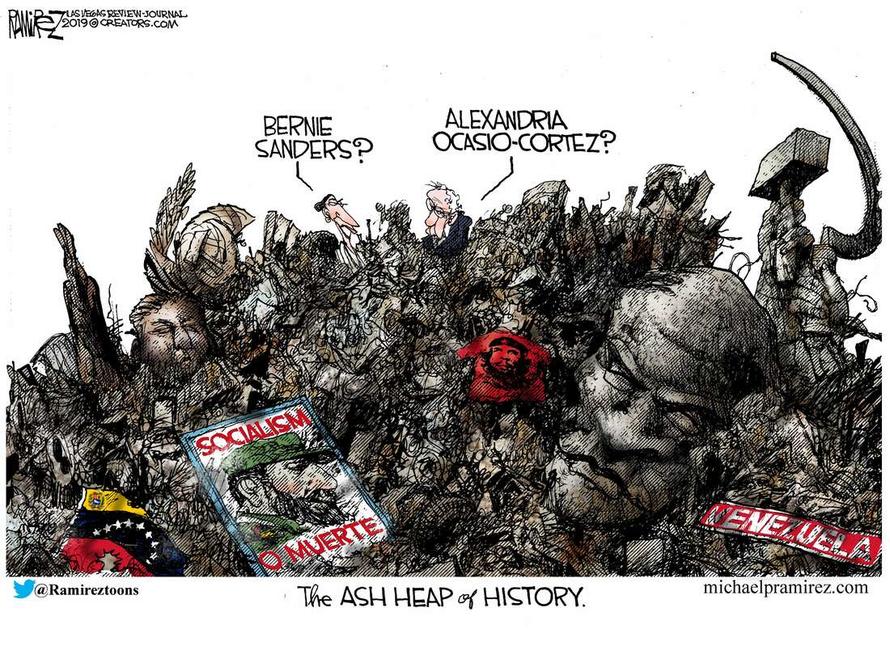 The disappointment over it will be epic when we discover that the laws of physics override the bright ideas of politicians. America has been blowing green smoke up its own ass for years, promoting oxymorons such as “green skyscrapers” and “clean energy,” but the truth is we’re not going to run WalMart, Suburbia, DisneyWorld, and the interstate highway system on any combination of wind, solar, geothermal, recycled Fry-Max, and dark matter. We’re just running too much stuff at too great a scale for too many people. We’ve blown through the capital already and replaced it with IOUs that will never be honored, and we’re caught in an entropy trap of diminishing returns from all the work-arounds we’re desperately trying.

For all that, there are actually some sound proposals in the mostly delusional matrix of the Green New Deal promoted by foxy front-person AOC.

Of course, a lot of the proposals above may be obviated when the money system we’ve been using, and its subsidiaries in markets, blows up, taking much of the world’s notional wealth with it, along with our hopes and dreams for replacing the fossil fuel economy with “Green technology.”

The Green New Deal may be an exercise in throwing spaghetti against the wall to see what sticks, so let’s just assume that a lot of the “social justice” pander-jive in it will slide down the wall onto floor and make its way to the dumpster. Stuff like: “the right to full employment” (there is no such right), Free college and medicine (doesn’t pencil out with our capital gone, though the current odious rackets must go), “ending the war on immigrants” (how about ending the Democratic Party’s war on enforcing immigration laws?)

There are two kinds of deadly narcissism at work in American culture these days:

Both of these ideas are artifacts of a fossil fuel turbo-charged economy that is coming to an end. Societies and economies are fundamentally emergent, non-linear, and self-organizing as they respond to the mandates of reality – which are not necessarily consistent with human wishes. Circumstances in the world change and sometimes, when the changes are profound enough, they provoke episodes of flux and disorder.

A better index for our journey into the unknown frontier beyond modernity will not be what is “green” and “smart” but perhaps what is “sane” and “insane.”