Authored by Mike Shedlock via MishTalk,

There are now 8 wall prototypes of varying cost and beauty. None meet operational standards or Trump’s purported cost. 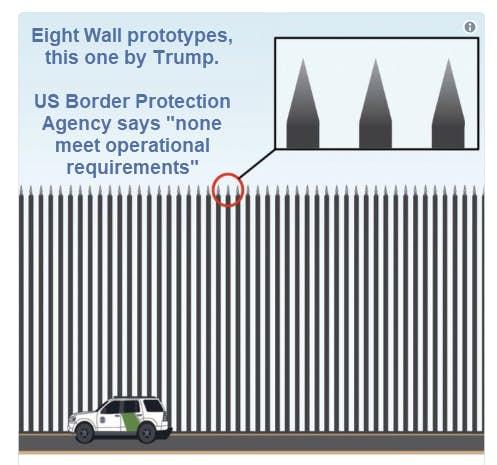 A design of our Steel Slat Barrier which is totally effective while at the same time beautiful! pic.twitter.com/sGltXh0cu9

A standoff over funding for President Donald Trump’s long-promised border wall has resulted in the longest-ever shutdown of the US government.

Trump wants $5.7 billion to build a beautiful wall to stop the “humanitarian and security crisis”.

House speaker Nancy Pelosi says no. So here we are. Let’s ponder designs and costs as described in Trump Wall – All You Need to Know. 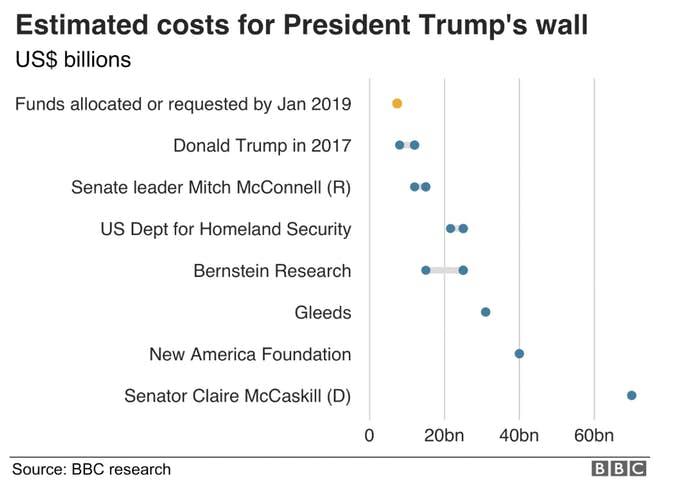 The Department of Homeland Security (DHS) previously estimated a wall spanning half the border would cost up to $25 billion, but it has now said it is still looking at options to determine the price tag.

US Customs and Border Protection (CPB) says that, on average, it costs approximately $6.5 million per mile to construct a new border wall or replace existing legacy fence.

I do not believe these estimate include land cost, and they are also likely low-ball estimates. One can likely toss Senator McCaskill’s estimate out the window as well. 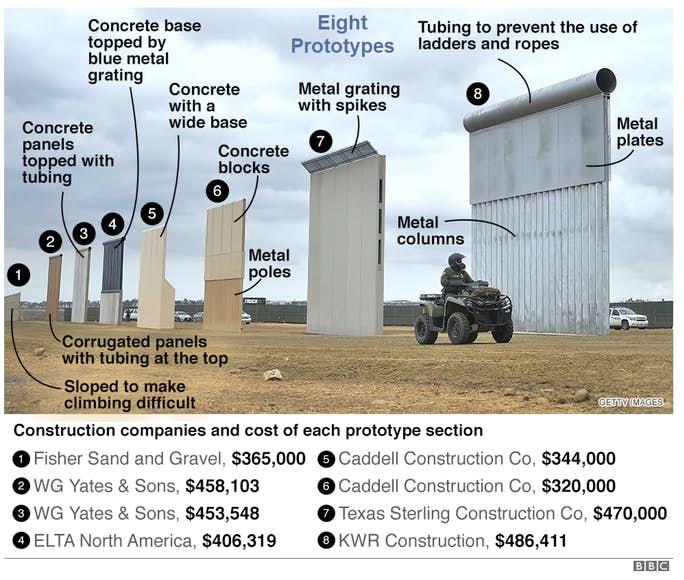 Officials at the US Customs and Border Protection agency have said none of the Trump administration prototypes tested in 2017 met its operational requirements.

However, they did provide “valuable data” to help select design elements in the future, they added. 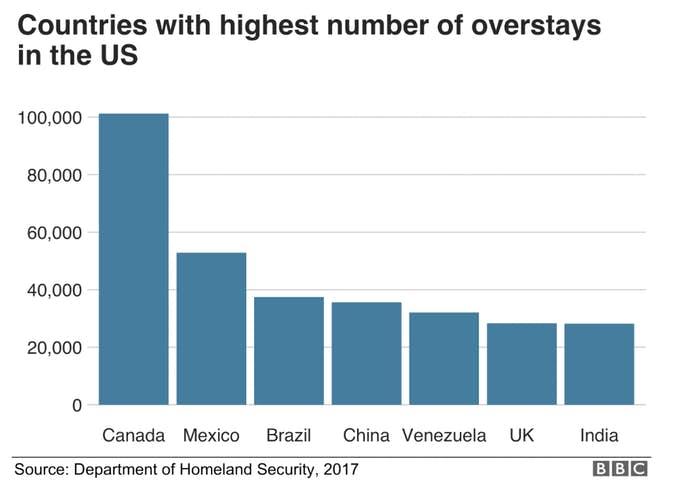 Most illegal immigration is from visa ‘overstayers’, not people crossing the border. Although the number of overstayers overall dropped to around 420,000 in May 2018 – it was still more than the number of people arrested trying to enter illegally via the Mexico-US border.

As a national debate raged about family separations at the border, U.S. Customs and Border Protection told a group of South Texas officials earlier this week that the federal government plans to move forward with private land seizures in the Rio Grande Valley to build sections of President Donald Trump’s border wall.

An investigation last year by ProPublica and The Texas Tribune found that the federal government invoked a little-known Great Depression-era law that allowed it to swiftly seize land to build the barrier and compensate landowners later. Dozens of landowners whose property was taken for the barrier still haven’t received compensation as lawsuits over the fair value of the seized land linger in court.

You may also wish to consider Trump’s border wall threatens to end Texas family’s 250 years of ranching on Rio Grande.

It’s easy to support the wall as long as it isn’t your property being seized, and your cattle’s access to water shut off.

And for what? It is unlikely to stop the flow of humans or drugs. If by some chance it stops drugs, prices will go up, and so will the number of crimes committed to pay for drugs.

If you want to build a wall that works, make it a double wall each 6 feet tall, with 40 yards separating the walls.

Shoot anything with two legs that enters the zone. After a few deaths and huge public outcry, the illegal entries from Mexico would stop.

That is not a serious suggestion, I am merely stating a wall plan that would be cheaper and arguably work better.

How badly do we want to protect our borders?

Alternatively, and better yet, enforce e-Verify, place stiff penalties on companies that violate it, and shut off all benefits for illegals.

In the grand scheme of things, $6 billion for a wall or even $20 billion is not a lot of money.

Were it not for the odious land grab, and threats of property ending up on the wrong side of the fence (it has happened already), one might conclude “it’s a small price to pay”.

However, people who make such rationalizations are seldom the ones paying the “small price”.