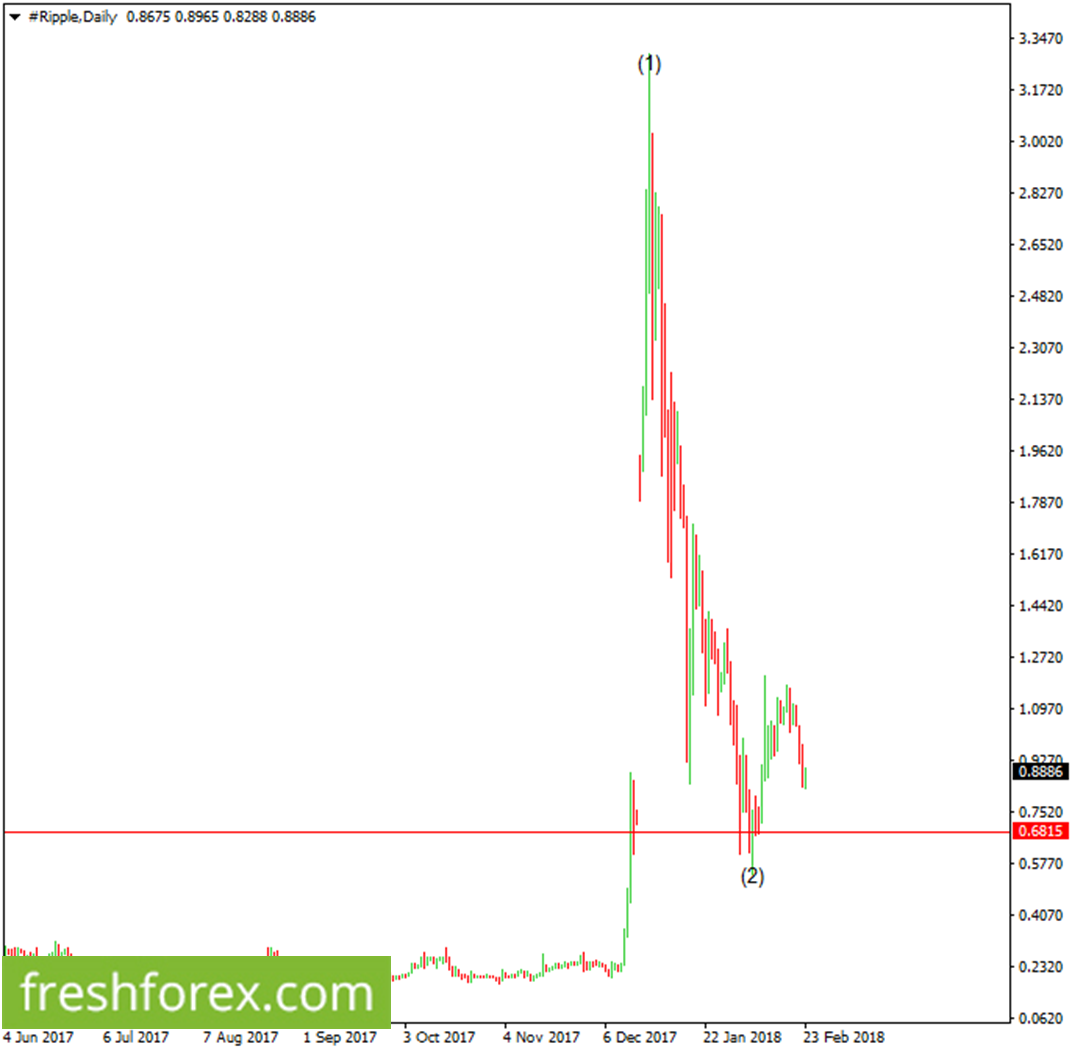 Almost two months ago, Ripple established a major support at 0.6815, and is still pretty much contained above it. We expect this level to have marked the end of the corrective wave (2) that any clear movements to the upper side will be the unfolding of the next impulsive wave (3) and should break above the end of the first impulsive wave (1), 3.2898, towards 5.000 or even higher. This cryptocurrency has the same potential as bitcoin, and may break to highs such as $10k or even higher. Keep in mind that in the year 2011, one bitcoin was going for as low as $8.20, just 7 years later it was $20k, Ripple has the same potential.