Authored by Nick Cunningham via Oilprice.com,

The rapid adoption of renewable energy will “redraw the geopolitical map of the 21st century,” according to a new report that surveys the geopolitical implications of the clean energy transition.

The rise of renewable energy can dramatically enhance the degree of energy independence, according to the Global Commission on the Geopolitics of Energy Transformation, which authored a report at the request of the International Renewable Energy Agency (IRENA).

Because energy can be generated by technologies, using the sun and wind, rather than concentrated natural resources in the form of oil and gas, which is not ubiquitous in geographic terms, many countries will be able to reduce their vulnerabilities to price spikes and outright supply disruptions by pivoting to renewable energy. Moreover, the strategic importance of chokepoints – the Straits of Hormuz, or the Straits of Malacca for instance – will diminish as fossil fuels lose their grip on the global energy system. 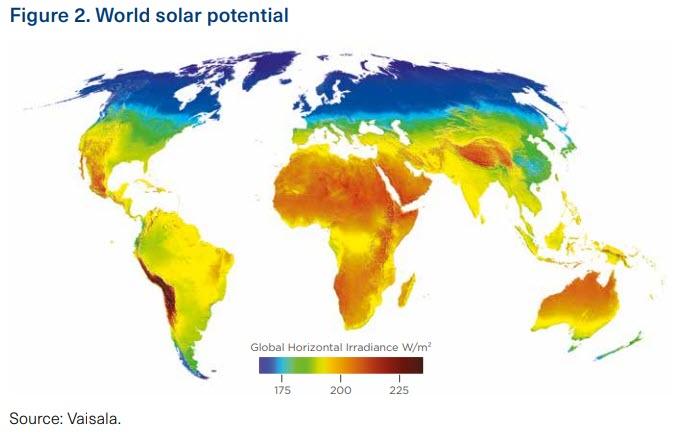 “Renewables will also be a powerful vehicle of democratization because they make it possible to decentralize the energy supply, empowering citizens, local communities, and cities,” the IRENA report said.

A key difference between renewable energy and fossil fuels is one of cost. As a technology, rather than a finite natural resource, costs decline the more clean technologies are manufacture and deployed.

“Renewable energy sources have nearly zero marginal costs, and some of them, like solar and wind, enjoy cost reductions of nearly 20% for every doubling of capacity,” the IRENA report argues. That is radically different from natural resources, where higher demand drives up prices due to scarcity.

So, there is a lot to like about the coming energy transition. Fewer chokepoints, less price volatility, reduced power concentrated in a relatively few places. 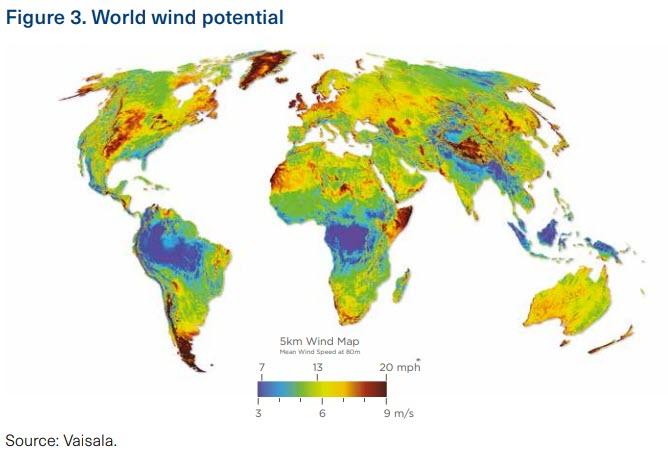 Still, the energy transition could create new complexities. While many countries can generate more energy at home, reduce air pollution, and slash their import bills, there will be new risks because clean technologies require various minerals and metals. The need for cobalt, copper, lithium, nickel, rare earths and other minerals and metals could create similar problems, just as dependence on oil and gas exports bedevil producer countries today. About 60 percent of the world’s cobalt supply comes from the Democratic Republic of the Congo (DRC), and the soaring demand for cobalt in electric vehicles has led to social, economic, political and environmental problems in that country.

Moreover, for exporters of fossil fuels – mainly the major oil-producing countries in OPEC – the coming transition to cleaner energy presents serious risks. How countries fare in a world of energy transition obviously depends on the degree to which they consume/produce fossil fuels and the degree to which they are positioning themselves to take advantage of cleaner technologies.

The IRENA report put together a simple matrix, with fossil fuel import dependence on the y-axis and the number of renewable energy patents on the x-axis (see chart). As the chart shows, Saudi Arabia stands out as uniquely vulnerable. 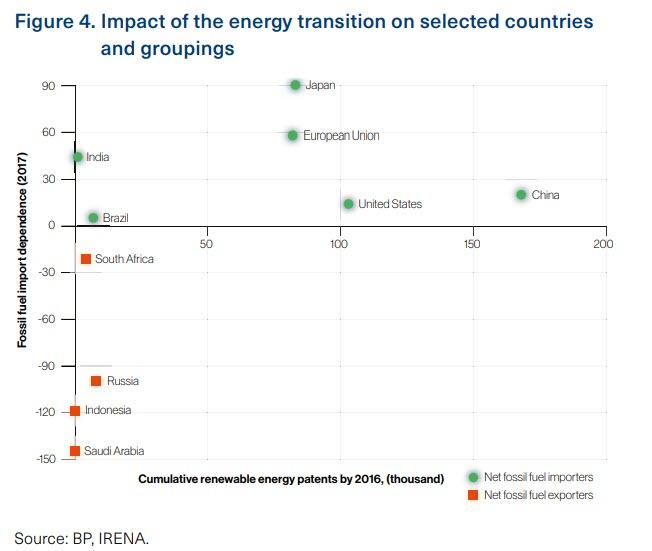 Needless to say such a one-trick pony is in serious trouble unless it undertakes a dramatic economic transformation. Other countries that could see disruptions from the clean energy transition include Qatar, Libya, Angola, the Republic of Congo, Kuwait and the UAE, and to a lesser extent Russia, Iran, Algeria and Azerbaijan.

The problem is that many of these countries are going in the opposite direction, double-downing on oil and gas even in the face of increasing risk. Despite the much-hyped Saudi Vision 2030 announced a few years ago, the now-maligned crown prince Mohammed bin Salman seems to be backing off the lofty goals of his transformation plan.

Instead, Riyadh is pouring money into expanding its oil production capacity. Even as global upstream oil and gas spending has declined by 40 percent since 2014, spending has not declined at all in Saudi Arabia, according to Wood Mackenzie.

In fact, there is perverse logic at play. Saudi Arabia is not at all in denial about the onset of peak oil demand and the rise of renewable energy. “The energy transition and threat that oil demand may peak in the next 20 years has concentrated minds. Even the lowest-cost producers don’t want to run the risk of leaving low-cost oil in the ground,” WoodMac’s Jessica Brewer said in a commentary. Saudi Arabia is scrambling to funnel money into its oil sector so that it can be one of the last producers standing on the other side of peak oil demand. 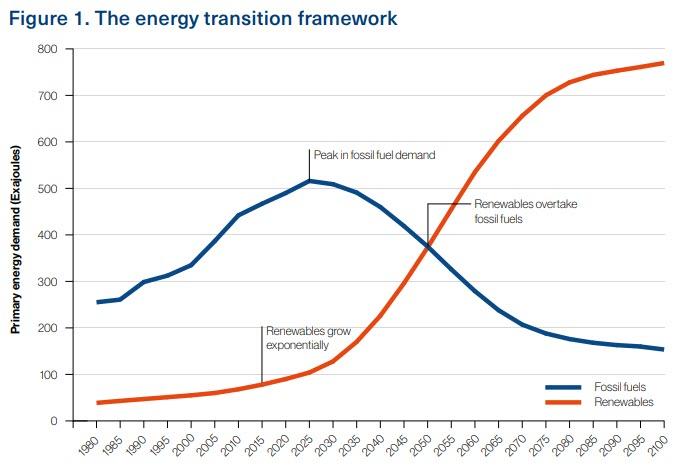 But the beneficiaries of a transition to cleaner energy need not be only large, rich countries. The IRENA report pointed to the example of Iceland, which “is a good example of the benefits that can accrue from an economic transformation based on renewables. During the 20th century, it evolved from being one of Europe’s poorest countries, highly dependent on imported coal and oil, to a country with a high standard of living, which derives 100% of its electricity from hydro and geothermal energy.”