In the latest confirmation of the market’s euphoric mood, as we near the end of earnings season with almost 80% of the companies in the S&P 500 having reported Q4 earnings, one distinct trend emerges: while stocks that have beaten on earnings have gotten an unusually large reward, those that have missed have unusually small punishment. 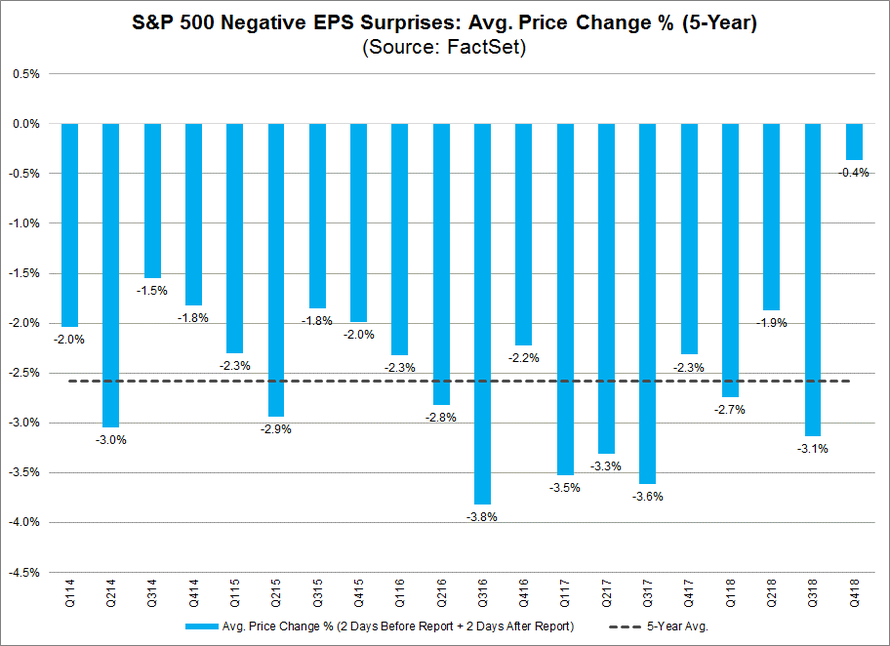 Should this percentage persist until the end of the quarter, it will mark the smallest average price decline over this four-day window for S&P 500 companies reporting negative EPS surprises in nine years, or since Q2 2009.

Meanwhile, on the other end, stocks that have beaten on earnings have posted unusually strong performance relative to the market three days after reporting, as the following chart shows. According to Morgan Stanley, an earnings beat or miss is defined as a result that comes in 5% higher or lower than the last consensus estimate. In 4Q18, the median stock that has beaten has been up 3.1% relative to the market. Since 2011, this number has averaged 1.1%. 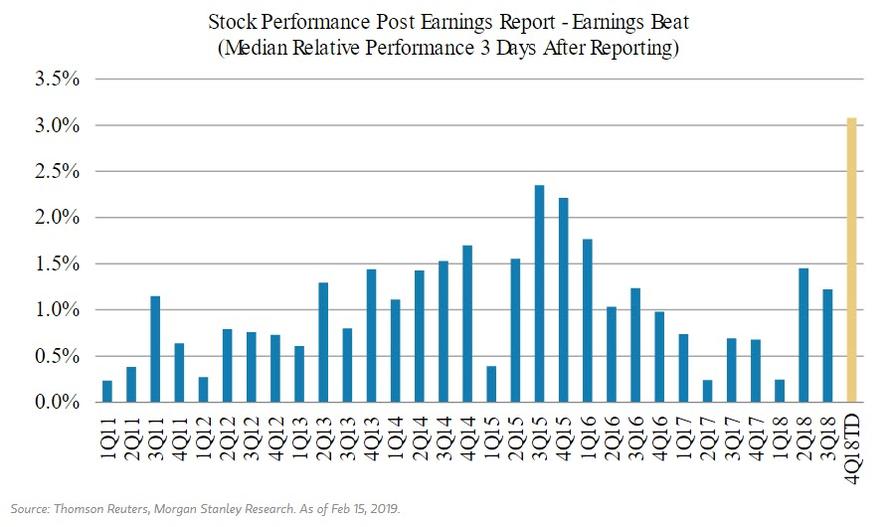 Despite the atypically large reward for beating on earnings, the magnitude by which earnings have surprised to the upside remains lower than usual. Companies have been surprising by 3.5% while the median surprise since 2011 is 4.7%. 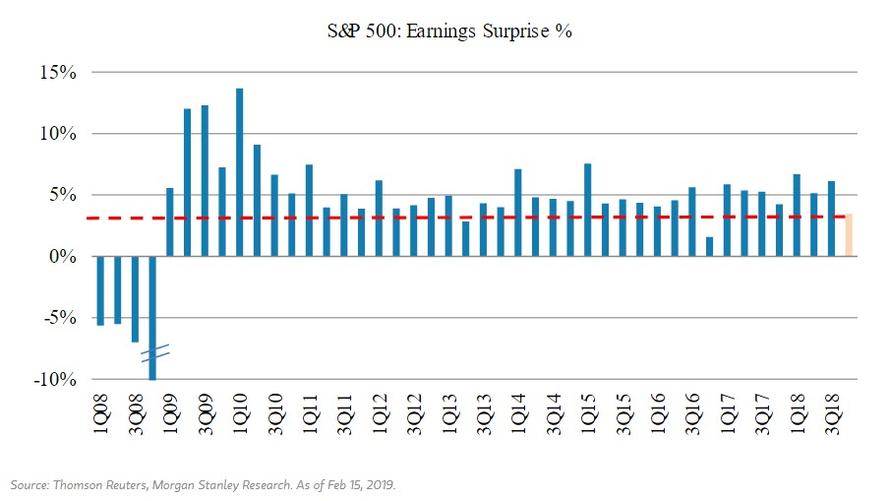 In other words, the market is getting very excited about companies beating on earnings while showing leniency to those who miss. Investors are taking misses in stride and rushing in to names that beat expectations. 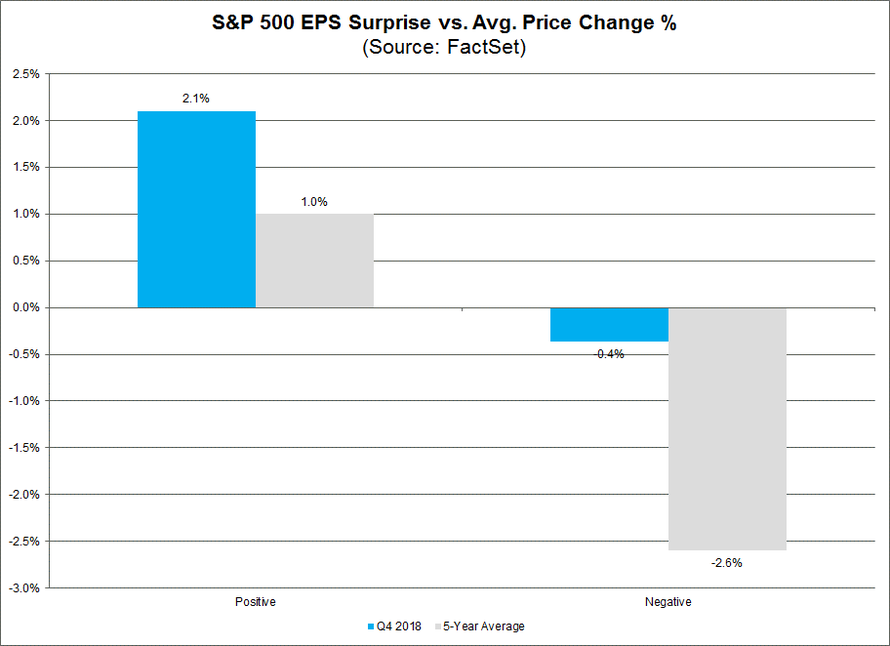 So why isn’t the market punishing companies that have reported negative earnings surprises?

It is certainly not due to EPS guidance or analyst revisions to EPS estimates for the first quarter. To date, 76% (59 of 78) of the companies that have issued EPS guidance for Q4 have issued negative guidance. This percentage is above the five-year average of 71%. In aggregate, analysts have made larger cuts than average to first quarter EPS estimates (-5.8%) during the first half of the quarter.

In short: the market is in an extremely forgiving, or as many call it, euphoria mood. And until something changes – whether a hard negative outcome in US-China trade talks, or the Fed reverses once again and shifts from dovish to hawkish once again – this trend is unlikely to change. Meanwhile, both the economy and the underlying earnings continue to deteriorate with every passing day.