Facebook and its executives were labeled “digital gangsters” and should immediately be subject to statutory regulation, according to an 18-month investigation ordered by the UK parliament. 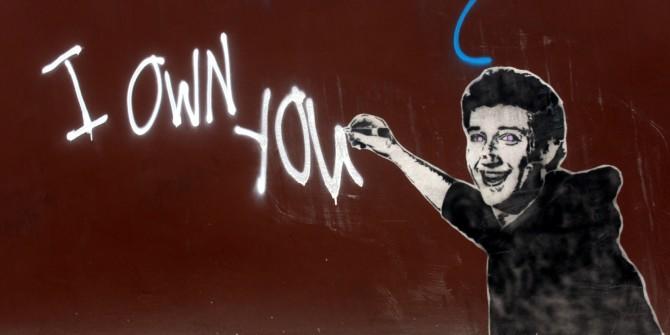 The UK assessment comes as word that the Silicon Valley tech giant is negotiating a multibillion-dollar settlement with the US Federal Trade Commission, the largest handed out to a tech company in agency history.

The UK report from the Digital, Culture, Media and Sport select committee, found that Facebook purposefully obstructed its inquiry, according to The Guardian, while the social media giant failed to tackle Russian attempts to manipulate elections.

“Democracy is at risk from the malicious and relentless targeting of citizens with disinformation and personalised ‘dark adverts’ from unidentifiable sources, delivered through the major social media platforms we use every day,” warned Damian Collins, chairman of the committee.

Per The Guardian, the report:

“We need new independent regulation with a tough powers and sanctions regime to curb the worst excesses of surveillance capitalism and the forces trying to use technology to subvert our democracy,” said Labour party deputy leader Tom Watson, adding that “Labour agrees with the committee’s ultimate conclusion – the era of self-regulation for tech companies must end immediately.“

In short – people are too stupid to know when they’re reading fake news, which probably comes from Russia, and the UK government must now step in to control the flow of information, citizen.

The Parliamentary report was launched in 2017 in order to analyze fake news over social media, and was “turbocharged in March the following year, with the Cambridge Analytica data harvesting scandal,” writes The Guardian.

The committee argues that, had Facebook abided by the terms of an agreement struck with US regulators in 2011 to limit developers’ access to user data, the scandal would not have occurred. “The Cambridge Analytica scandal was facilitated by Facebook’s policies,” it concludes.

The 108-page report makes excoriating reading for the social media giant, which is accused of continuing to prioritise shareholders’ profits over users’ privacy rights. –The Guardian

“Facebook continues to choose profit over data security, taking risks in order to prioritise their aim of making money from user data,” reads the report, which concludes that “It seems clear to us that Facebook acts only when serious breaches become public.”

The report personally criticizes Facebook CEO Mark Zuckerberg over his claim that Facebook has never sold user data – a claim the report concludes is “simply untrue.”

“Mark Zuckerberg continually fails to show the levels of leadership and personal responsibility that should be expected from someone who sits at the top of one of the world’s biggest companies,” said committee chair Collins in a statement.

Labour’s Watson agreed, saying “Few individuals have shown contempt for our parliamentary democracy in the way Mark Zuckerberg has.”

“If one thing is uniting politicians of all colours during this difficult time for our country, it is our determination to bring him and his company into line.”

According to the report, Facebook is using its market dominance to crush rivals – using various technological means to prevent them from competing with Facebook or its subsidiaries.

The committee also released new internal Facebook documents obtained from the company’s legal dispute with the company Six4Three, which it said “highlights the link between friends’ data and the financial value of the developers’ relationship with Facebook”.

“Companies like Facebook should not be allowed to behave like ‘digital gangsters’ in the online world, considering themselves to be ahead of and beyond the law,” the report warns. –The Guardian

In response to the parliamentary report, Facebook gave a very careful response, saying it was “pleased to have made a significant contribution,” adding that “We are open to meaningful regulation and support the committee’s recommendation for electoral law reform.”

“We have already made substantial changes so that every political ad on Facebook has to be authorised, state who is paying for it and then is stored in a searchable archive for seven years,” said the company’s UK public policy manager, Karim Palant.

Meanwhile across the pond, Facebook and the Federal Trade Commission (FTC) are negotiating a multibillion-dollar fine to settle the agency’s investigation into the privacy practices of the social media giant, according to SF Gate, citing two people familiar with the investigation.

The fine would be the largest ever imposed by the independent federal agency on a technology company, however the two sides of reportedly failed to agree on an exact amount. While Facebook has balked at the FTC’s official demands according to the SF Gate, the FTC can drag the company into court in what would likely be an ugly legal battle that could drag on for years.

A multibillion-dollar fine would amount to a reckoning for Facebook in the United States after a series of privacy lapses that may have put the personal information of its users at risk. Lawmakers have faulted the company for mishandling that data while failing to crack down on other other digital ills, including the rise of online hate speech and the spread of disinformation from Russian operatives and other foreign actors. –SF Gate

“Facebook faces a moment of reckoning and the only way it will come is through an FTC order with severe penalties and other sanctions that stop this kind of privacy misconduct going forward,” said Sen. Richard Blumenthal (D-CT).

The FTC’s investigation began in March of last year following the Cambridge Analytica scandal, after it appeared that the company violated a 2011 agreement between Facebook and the FTC to improve its privacy practices. Facebook claims it did not breach that agreement – which stipulated that the company had to be more transparent with how it notifies users about sharing personal data with third parties.

Facebook is better off paying the fine vs. taking the FTC to court, many believe. “They’re hemorrhaging users, they’re hemorrhaging trust, and I think this would only exacerbate the problem,” said Consumer Reports director of consumer privacy and technology policy, Justin Brookman.

“The company’s business practices have imposed enormous costs on the privacy and security of Americans, children and communities of color, and the health of democratic institutions in the United States and around the world,” wrote groups spearheaded by the Electronic Privacy Information Center (EPIC), which filed the original complaint leading to the 2011 settlement with the FTC.