Despite yet another terrible headline on privacy, Facebook soared over 4% into the close (highest since Nov 7th) ahead of earnings thanks to Jay Powell’s capitulation, and accelerated higher after hours following better than expected earnings, revenues, and daily active users.

“We’ve fundamentally changed how we run our company to focus on the biggest social issues, and we’re investing more to build new and inspiring ways for people to connect.” 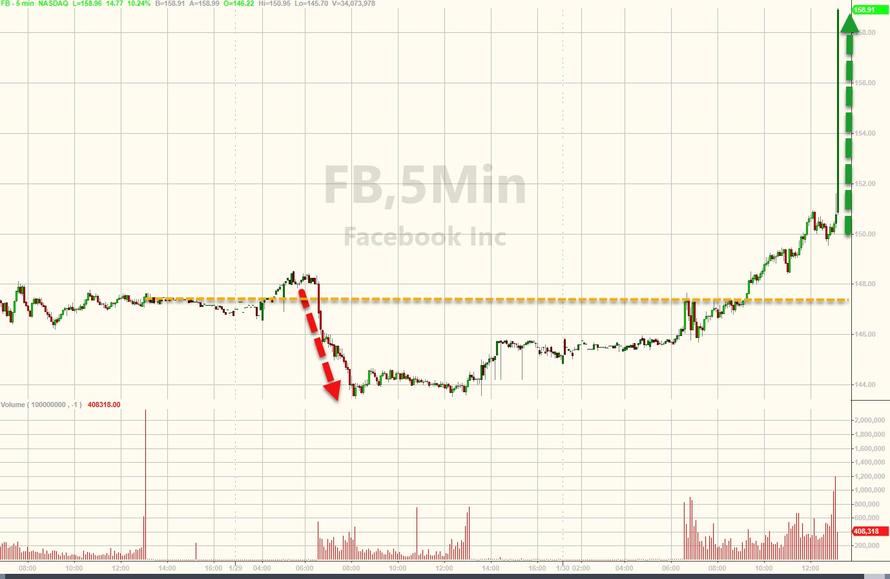 To the highest since October 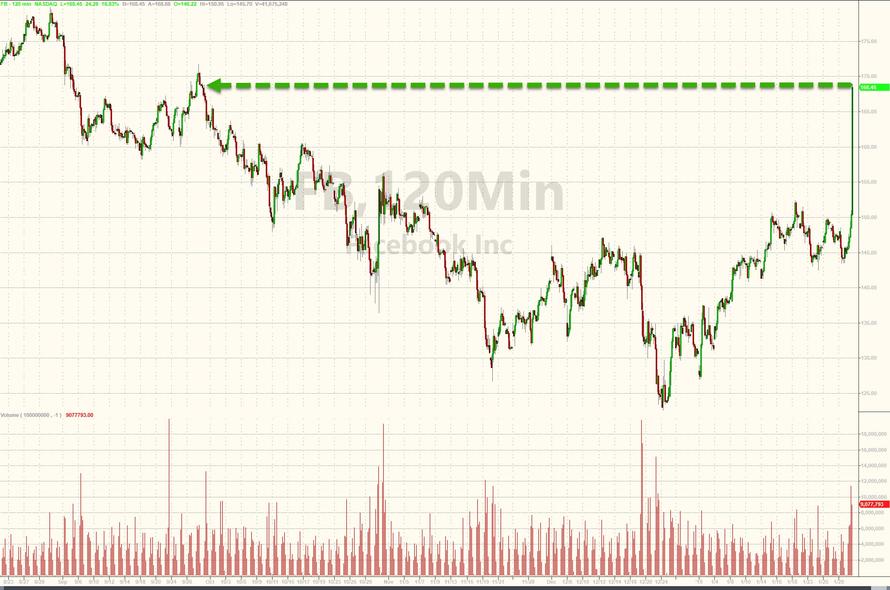 And other highlights include: 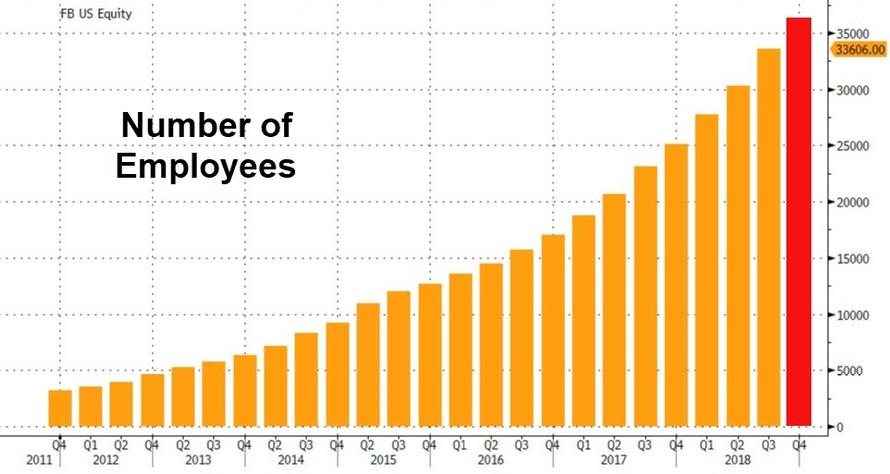 Cost of revenue jumped 74 percent year over year, a big increase from the 53 percent it did in 2017. Facebook’s been saying costs will go up. They weren’t kidding.

As Bloomberg’s Sarah Frier notes, Facebook results show how little the business is affected by the many scandals the company has caused around it. The company has been able to increase prices of its ads and move advertisers to new formats like “stories” — the user posts that disappear after 24 hours — to grow beyond the news feed.

US and Canada users have now stagnated for 6 quarters in a row., but daily active users also jumped in privacy-concious Europe, after sliding for two straight quarters. 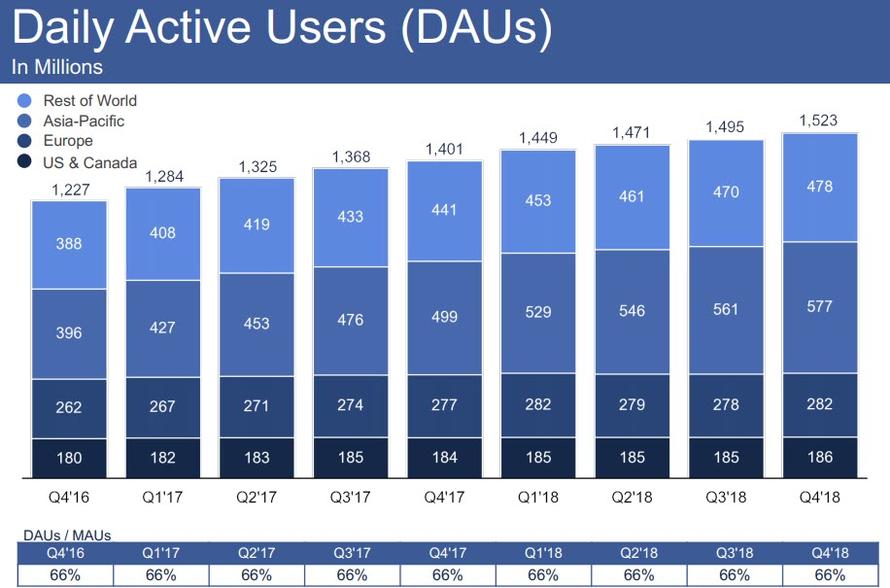 Monthly Active Users remain flat for the 6th quarter in a row for US and Canada, growing notably in Asia-Pac… 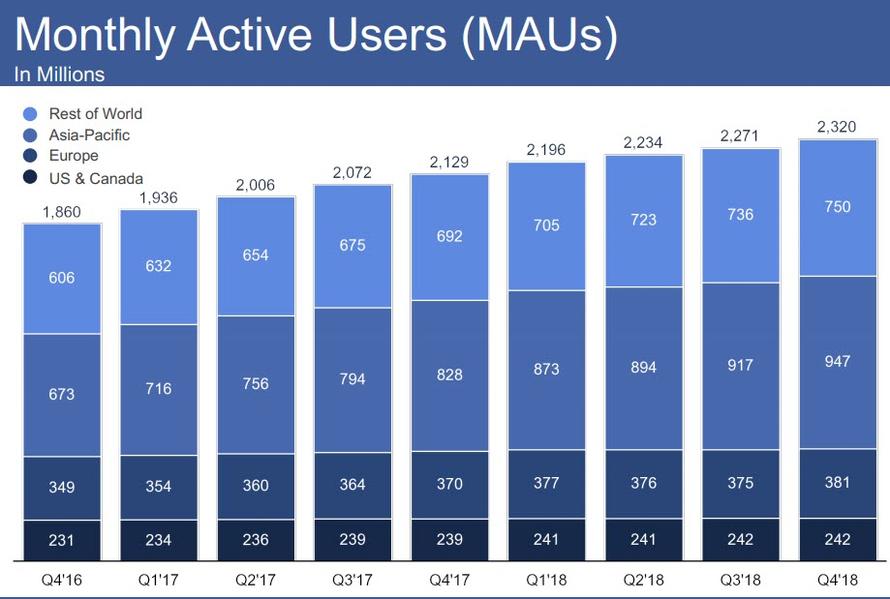 Average Revenue per User (ARPU) surged across every geography… 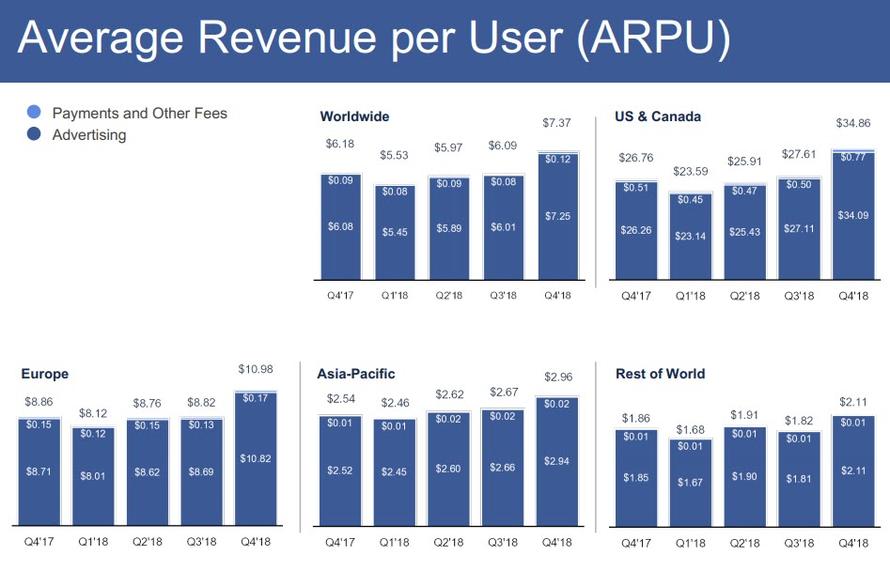 Perhaps most notable however – and not discussed by many yet – Facebook’s Free Cash Flow tumbled to $3.318bn – the lowest since Q2 2018’s big drop… 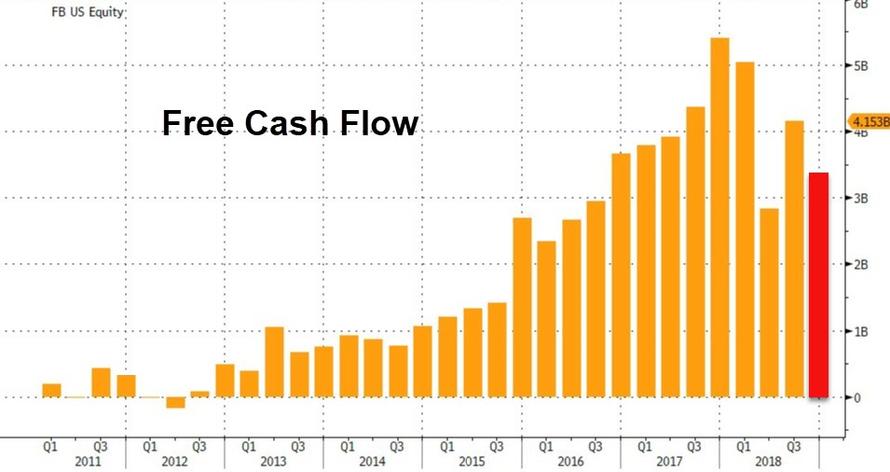