“We need to wake up and smell the roses here…”

That’s the ominous-sounding warning from David Stockman, the so-called “Father of Reaganomics,” as he told Fox Business’s Neil Cavuto this week that investors ought to get out of the market and retreat to the presumed safety of Treasury bills and cold, hard cash.

“We’re in year 10 of the longest business expansion in history. We’re increasing the deficit at the very wrong time. They say it’s $900 billion this year it’ll be $1.2 trillion of borrowing at the same time that the Fed is beginning to shrink its balance sheet, which means they’ll be dumping bonds into the market,” he said. 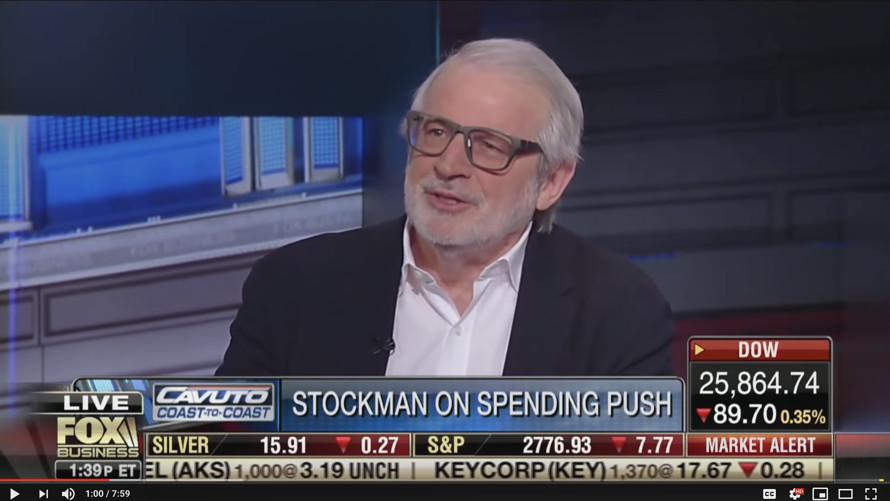 As MarketWatch’s Mark Decambre notes, here’s an exchange between Cavuto and Stockman during the nearly 8-minute segment, in which the businessman cautioned that the end of easy-money policies by the Federal Reserve would ultimately augur ill for a country hopped up on debt and boasting a growing trillion-dollar deficit:

Cavuto: When is that day of reckoning? I’d like to know

Cavuto: What would you invest in?

Stockman argues that easy-money days cannot last and that has ramifications for all, arguing that the Fed must normalize its policy, at some point:

“My point is, it’s finally catching up with us. We’ve gotten by with this for 30 years ‘cause the Fed has been monetizing the debt — buying bonds hand over fist. When Greenspan arrived, the balance sheet of the Fed was $200 billion; at the peak it was $4.5 trillion,” he told Cavuto, referring to former Fed boss Alan Greenspan.