File this under “Who could have seen that coming?” 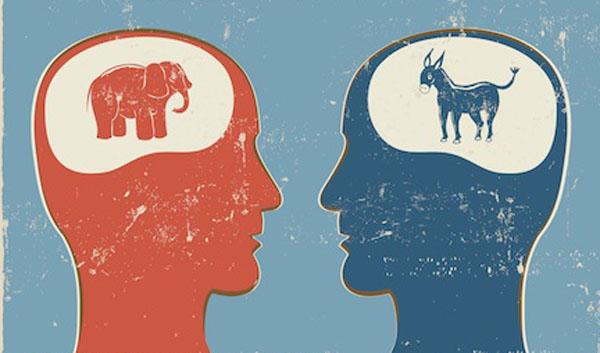 Just two weeks after the longest government shutdown on record, and following 48 hours of narrative-molding declarations that a border security deal was “imminent” or “expected before the end of the weekend”, The Hill and Bloomberg now report that talks to avert a second government shutdown over border wall funding have broken down and Republicans and Democrats have stopped communicating for now.

As of Saturday it seemed that negotiators were homing in on a proposal with border barrier funding of between $1.3 billion and $2 billion, a “person familiar with the talks” told Bloomberg, however the main sticking point – whether Trump’s border wall will get the funding the president has been demanding for months – remains as Democrats told GOP negotiators that they won’t agree to spend more than $2 billion on border barriers, well below the $5.7 billion that Trump has called for. In addition, a new issue has roiled the talks: a dispute over the number of beds at immigrant detention centers, an issue that would typically be regarded as a side-note to the broader talks on the level of funding for border security. Democrats want to limit the number of people detained at the border, while Republicans oppose restricting the capacity of detention centers.

“I’ll say 50/50 we’ll get a deal,” Shelby said.  “We’ve got some problems with the Democrats” over funding for U.S. Immigration and Customs Enforcement operations.

According to Republican senator Richard Shelby, the Senate Appropriations Committee Chairman and a key negotiator on President Trump’s demand for a border wall, congressional talks have stalled with Republicans and Democrats yet to reach agreement on how much money should be spent on border barriers, raising the prospect of another government shutdown at week’s end.

“I think the talks are stalled right now. I’m hoping we can get off the dime later today or in the morning because time is ticking away but we’ve got some problems with the Democrats dealing with ICE, that is detaining criminals that come into the U.S. and they want a cap on them. We don’t want a cap on that,” Shelby said on “Fox News Sunday,” referring to Immigration and Customs Enforcement.

Senator Richard Shelby (R-AL) on getting a deal for a wall #FNS pic.twitter.com/QkLsspfqMS

In an attempt to downplaying shutdown concerns, earlier on Sunday, Mick Mulvaney, Trump’s acting White House chief of staff, said that a shutdown isn’t the most likely option but that he “absolutely cannot” rule it out. “He’s going to do whatever he legally can to secure the border,” Mulvaney said of President Donald Trump on NBC’s “Meet the Press,” one of two scheduled appearances on Sunday talk shows.

Mulvaney also said that Trump will take whatever money Congress agrees to allocate for border barriers, which is likely to be an amount between $1.3 billion and $2 billion, and supplement that by reprograming other federal fines.

“We’ll take as much money as you can give us and then we’ll go off and find the money someplace else, legally, in order to secure that Southern barrier [sic] but this is going to get built with or without Congress,” he said.

Mulvaney spoke as Congressional negotiators continue talks on a security plan that includes some sort of barrier on the border, hoping to complete a deal to avert another government shutdown. It wasn’t fair to say that Trump would sign whatever Congress comes up with, Mulvaney said, 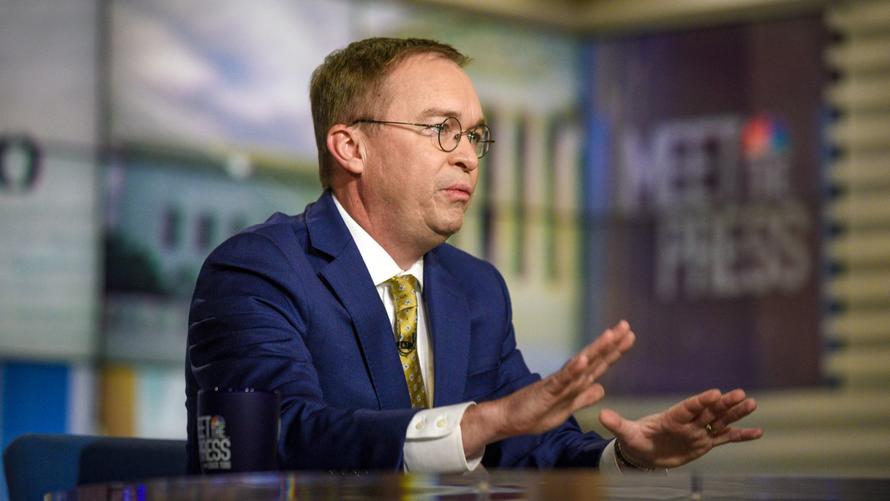 Finally, in what really matters after all, Mulvaney confirmed the level of proposed border wall funding “all over the map.”

Which is perhaps what prompted Trump to tweet this yesterday:

The Democrats just don’t seem to want Border Security. They are fighting Border Agents recommendations. If you believe news reports, they are not offering much for the Wall. They look to be making this a campaign issue. The Wall will get built one way or the other!

And follow up today with more of the same…

Gallup Poll: “Open Borders will potentially attract 42 million Latin Americans.” This would be a disaster for the U.S. We need the Wall now!

Then pointing the blame at Democrats…

I don’t think the Dems on the Border Committee are being allowed by their leaders to make a deal. They are offering very little money for the desperately needed Border Wall & now, out of the blue, want a cap on convicted violent felons to be held in detention!

It was a very bad week for the Democrats, with the GREAT economic numbers, The Virginia disaster and the State of the Union address. Now, with the terrible offers being made by them to the Border Committee, I actually believe they want a Shutdown. They want a new subject!