In perhaps the most significant condemnation to date of China’s brutal crackdown on Turkic Muslims in its north-western province of Xinjiang, Turkey’s foreign ministry demanded this weekend that Chinese authorities respect human rights of the Uighurs and close what it termed “concentration camps” in which up to one million people are believed to be imprisoned. 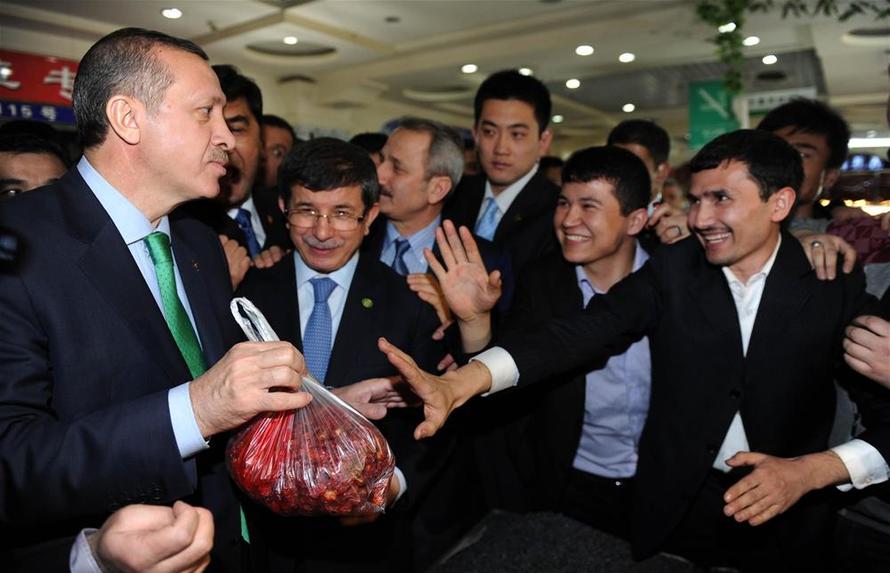 Calling the crackdown an “embarrassment to humanity,” Turkish Foreign Ministry spokesman Hami Aksoy said the death of detained Uighur poet and musician Abdurehim Heyit had prompted the ministry to issue its statement.

Known as the Rooster of Xinjiang, Mr. Heyit symbolized the Uighurs’ cultural links to the Turkic world, according to Adrian Zenz, a European School of Culture and Theology researcher who has done pioneering work on the crackdown.

Turkish media asserted that Mr. Heyit, who was serving an eight-year prison sentence, had been tortured to death.

Mr. Aksoy said Turkey was calling on other countries and United Nations Secretary-General Antonio Guterres to take steps to end the “humanitarian tragedy” in Xinjiang.

The Chinese embassy in Ankara rejected the statement as a “violation of the facts,” insisting that China was fighting seperatism, extremism and terrorism, not seeking to “eliminate” the Uighurs’ ethnic, religious or cultural identity.

Mr. Aksoy’s statement contrastèd starkly with President Recep Tayyip Erdogan’s declaration six months earlier that China was Turkey’s economic partner of the future. At the time, Turkey had just secured a US$3.6 billion loan for its energy and telecommunications sector from the Industrial and Commercial Bank of China (ICBC).

The Turkish statement constitutes the first major crack in the Muslim wall of silence that has enabled the Chinese crackdown, the most frontal assault on Islam in recent memory. The statement’s significance goes beyond developments in Xinjiang.

Turkey denounces China’s mass detention of 1M Uighur Muslims to force them to renounce Islam, calling it “a great embarrassment for humanity.” Turkey notes they are “are subjected to torture and political brainwashing in concentration centers and prisons.” https://t.co/I7JB12JvHD pic.twitter.com/zawdl67ECW

Like with Muslim condemnation of US President Donald J. Trump’s decision last year to recognize Jerusalem as the capital of Israel, Turkey appears to be wanting to be seen as a spokesman of the Muslim world in its one-upmanship with Saudi Arabia and to a lesser degree Iran.

While neither the kingdom or Iran are likely to follow Turkey’s example any time soon, the statement raises the stakes and puts other contenders for leadership on the defensive.

The bulk of the Muslim world has remained conspicuously silent with only Malaysian leaders willing to speak out and set an example by last year rejecting Chinese demands that a group of Uighur asylum seekers be extradited to China. Malaysia instead allowed the group to go to Turkey.

The Turkish statement came days after four Islamist members of the Kuwaiti parliament organized the Arab world’s first public protest against the crackdown.

By contrast, Pakistani officials backed off initial criticism and protests in countries like Bangladesh and India have been at best sporadic.

Like the Turkish statement, a disagreement between major Indonesian religious leaders and the government on how to respond to the crackdown raises questions about sustainability of the wall of silence.

Rejecting a call on the government to condemn the crackdown by the Indonesian Ulema Council, the country’s top clerical body, Indonesian vice-president Jusuf Kalla insisted that the government would not interfere in the internal affairs of others.

The council was one of the first, if not the first, major Muslim religious body to speak out on the issues of the Uighurs. Its non-active chairman and spiriitual leader of Nahdlaltul Ulama, the world’s largest Muslim organization, Ma’ruf Amin, is running as President Joko Widodo’s vice-presidential candidate in elections in April.

The Turkish statement could have its most immediate impact in Central Asia, which like Turkey has close ethnic and cultural ties to Xinjiang, and is struggling to balance relations with China with the need to be seen to be standing up for the rights of its citizens and ethnic kin.

In Kazakhstan, Turkey’s newly found assertiveness towards China could make it more difficult for the government to return to China Sayragul Sautbay, a Chinese national of ethnic Kazakh descent and a former re-education camp employee who fled illegally to Kazakhstan to join her husband and child.

Ms. Sautbay, who stood trial in Kazakhstan last year for illegal entry, is the only camp instructor to have worked in a reeducation camp in Xinjiang teaching inmates Mandarin and Communist Party propaganda and spoken publicly about it.

She has twice been refused asylum in Kazakhstan and is appealing the decision. China is believed to be demanding that she be handed back to the Xinjiang authorities.

Similarly, Turkey’s statement could impact the fate of Qalymbek Shahman, a Chinese businessman of Kazakh descent, who is being held at the airport in the Uzbek capital of Tashkent after being denied entry into Kazakhstan.

“I was born in Emin county in China’s Xinjiang Uyghur Autonomous Region to a farming family. I wanted to go to Kazakhstan, because China’s human rights record was making life intolerable. I would have my ID checked every 50 to 100 meters when I was in Xinjiang, This made me extremely anxious, and I couldn’t stand it anymore,” Mr. Shahman said in a video clip sent to Radio Free Asia from Tashkent airport.

A guide for foreign businessmen, Mr. Shahman said he was put out of business by the continued checks that raised questions in the minds of his clients and persuaded local businessmen not to work with him.

Said Mr. Zenz, the Xinjiang scholar, commenting on the significance of the Turkish statement:

“A major outcry among the Muslim world was a key missing piece in the global Xinjiang row. In my view, it seems that China’s actions in Xinjiang are finally crossing a red line among the world’s Muslim communities, at least in Turkey, but quite possibly elsewhere.”