As the Pentagon appears to be moving forward on President Trump’s ordered troop draw down from Syria, administration hawks as well as foreign allies like Israel have one final card to play to hinder a total withdrawal. They argue that some 200 US troops in Syria’s southeast desert along the Iraqi border and its 55-kilometer “deconfliction zone” at al-Tanf are the last line of defense against Iranian expansion in Syria, and therefore must stay indefinitely.

Despite Trump’s pledge for a “full” and complete American exit, the Tanf base could remain Washington’s last remote outpost disrupting the strategic Baghdad-Damascus highway and potential key “link” in the Tehran-to-Beirut so-called Shia land bridge. Foreign Policy magazine identifies this as but the latest obstacle to an actual complete withdrawal of US forces:

“Al-Tanf is a critical element in the effort to prevent Iran from establishing a ground line of communications from Iran through Iraq through Syria to southern Lebanon in support of Lebanese Hezbollah,” an unnamed senior US military source told the magazine.

Washington’s initial justification for establishing the remote special operations outpost was to train local fighters to counter ISIS; however, not only has ISIS now been driven almost completely underground but Russia has accused US forces at al-Tanf of actually allowing ISIS terrorists to maintain a presence in the area in order to put pressure on Damascus.

With the Islamic State now in tatters and defeated, the “counter Iran” argument is being pushed hard in order to convince Trump to keep a small US island of occupation in the heart of a volatile desert region where Syria, Iraq and Jordan meet. 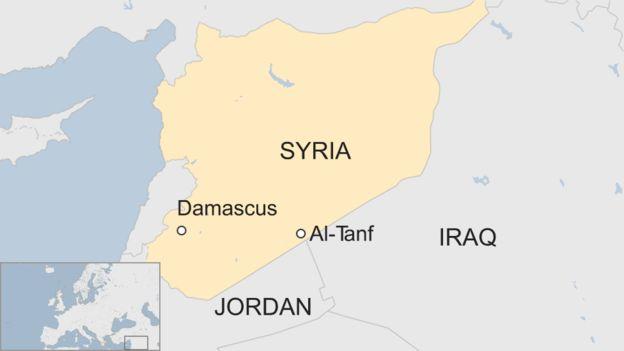 Israeli Prime Minister Benjamin Netanyahu is among the foremost foreign allies pushing hard, and “has repeatedly urged the U.S. to keep troops at Al-Tanf, according to several senior Israeli officials, who also asked not to be identified discussing private talks,” per Bloomberg. The Israelis have reportedly argued “the mere presence of American troops will act as a deterrent to Iran” even if in small numbers as a kind of symbolic threat.

And Bloomberg also confirms White House advisers are pushing an indefinite Tanf presence as an “obstacle” to the president’s plan to leave:

The American base at Al-Tanf, originally established as a southern foothold against Islamic State and a training ground for Syrian rebels, has become one of the main obstacles to the president’s plan to leave. Israeli and some U.S. officials argue that a continued American presence there is critical to interrupting Iran’s supply lines into Lebanon, where Hezbollah — Iran’s proxy and Israel’s enemy — has been building up its arsenal.

Both Washington and Tel Aviv’s past decade of Syria policy has been driven by fears of this so-called “Shia crescent” or Iranian land bridge which would conceivably connect Tehran with the Mediterranean via pro-Shia Baghdad and Damascus in a continuous arch of influence. 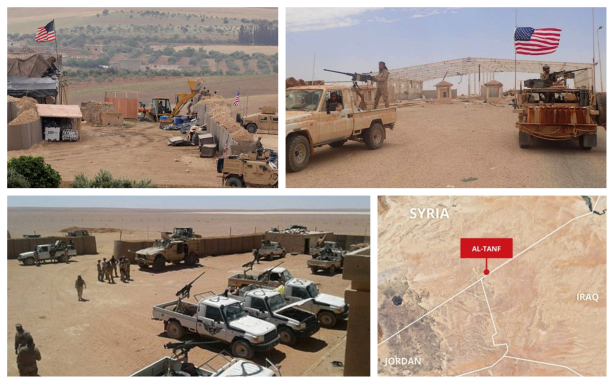 However the much hyped “land bridge” is somewhat nonsensical given Syrian allies Iran and Iraq can (and have) simply fly both personnel and weapons into Syria anytime they want.

The internal administration debate, following incredible push back against Trump’s withdrawal decision, has made entirely visible the national security deep state’s attempt to check the Commander-in-Chief’s power. And now US presence at al-Tanf represents the last hope of salvaging the hawks’ desire for permanent proxy war against Iran inside Syria.

And yet, with no greater operational support structure in place in eastern Syria after a broader US draw down (where some 2,000+ have for the past couple years been concentrated), the small American outpast at Tanf would be a sitting duck for any renewed terror insurgency, not to mention a potential target of both Syrian government and Russian forces, who’ve long vowed to liberate every inch of natural sovereign Syria.

Aaron Stein, director of the Middle East program at the Foreign Policy Research Institute in Philadelphia, told Bloomberg: “He ordered U.S. forces to leave Syria. There have been efforts to pare that back and to treat Tanf as separate from the northeast, but it’s unclear if the president will be convinced.”