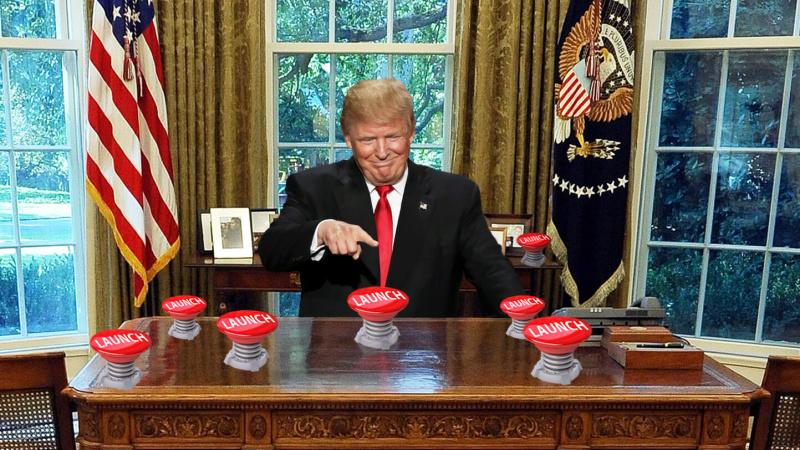 Statista’s Niall McCarthy notes that, according to an analysis undertaken by Bloomberg, the U.S. president’s power is absolute in this situation – he or she gives the order and the Pentagon is obliged to go along with it.

The following infographic provides an overview of the steps necessary to make it happen.

It can take as little as five minutes from the president’s decision to strike to intercontinental missiles launching from their silos.

When it comes to submarine-launched weapons, however, it takes a little bit longer – approximately 15 minutes.