Authored by Scott McConnell via The American Conservative,

It is difficult to keep up with the Brexit debate. British politics now consists of little else: hard and soft exits, the backstop, the complication of Scotland, the greater complication of Northern Ireland and Ireland, the huge splits within the parties and even between members of the same household. And, of course, there’s the seeming political humiliation of Theresa May, who seems a nice enough woman, though you have to wonder why someone who opposed Brexit be entrusted to negotiate it with the European Union. 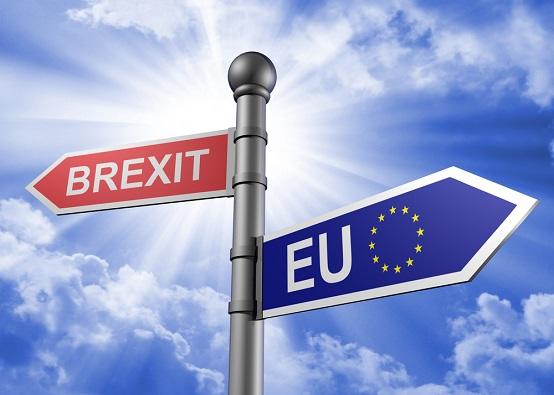 The debate is bogged down in economic complexity, which benefits those who want Britain to forget about the referendum result and remain, or who hope that doubt and confusion will build support for a new referendum, during which an exhausted public will throw up its hands and say it’s all too complicated and the elite must know best.

Britain’s Brexit conflict parallels how the American political establishment has dealt with Donald Trump’s presidential victory. There was no alternative but to let Trump be president, but his agenda could still be tied up in the courts and the GOP could resist and prevent him from passing any substantial legislation. So far this has succeeded—for all his tweeting, Trump hasn’t actually done anything concrete except carry out some neoconservative policy prescriptions towards Iran. (Though he has moved the window of what issues can be discussed, which may be important in the long run.)

The key thing to recognize about the Brexit conflict is that the critical issue is not economics but immigration.

Absent the immigration surge initiated by Tony Blair, Britain’s adhesion to the EU would have remained a sideshow among Tories and not the political centerpiece it has become during the last three years.

Despite an anti-black race riot in 1958 and Enoch Powell’s famous “Rivers of Blood” speech a decade later, Britain’s political class had a kind of immigration consensus until Blair. Acceptable political discourse would be scrupulously anti-racist, and racial rhetoric would be met with taboos. Yet immigration would be kept to modest levels. Free movement from the former colonies was rescinded in 1961, and the Labour Party hardly objected. And while the conservative establishment formerly rebuked Powell, Margaret Thatcher stressed Powellite themes in softer language: “the British character has done so much for democracy, for law…that if there is any fear we might be swamped, people are going to react and be rather hostile to those coming in.” Labour, invariably hostile to Thatcher, took no issue there. As Eric Kaufman wrote in his recent book Whiteshift (from which some of the forgoing analysis is taken), “In Britain, a discourse of restrictionism was even established at the elite level, where quiet objections to immigration within the Cabinet, referencing public opinion, were routinely voiced.”

All this changed with Blair’s ascension in 1997. His New Labor departed from his party’s working class roots and embraced a notion of a cool multicultural Britain. His coterie of pro-immigration advisors recommended in 2000 that the government use mass immigration to make the country truly multicultural, to “rub the Right’s nose in diversity and render their arguments out of date.”

Blair increased the number of “economic” visas available and immigration rates soon quadrupled. His multiculturalism had a zealous missionary quality to it, as if Britain was seeking world leadership in a race to negate one’s traditional political culture. It was never especially popular outside of London, but social taboos against racism nonetheless kept it out of the realm of public debate.

But not forever. Blair’s Iraq war hurt his government’s popularity (an interesting essay might be written on the connections between militant domestic multiculturalism and a bellicose foreign policy), and the London Tube bombings of 2005, carried out by the British-born sons of Third World immigrants, didn’t help. The National Front, an extreme Right party (distinct from France’s Front National), began to gain traction in local elections for the first time since the 1970s.

Tory politicians had begun to question high immigration rates in the early 2000s, without much to show for it electorally. But by later in the decade, things had changed. Robust majorities of white Britons had favored lower immigration rates since the issue was first polled in the 1960s. But what was new now was immigration’s salience—it had become very important to a greater number of people. After 2005, pollsters began to notice working class Labor party voters defecting over immigration concerns. Immigration was deemed the most important issue by nearly one in three voters, and when the Tories regained the majority in 2010, it was the top issue for those who’d switched their votes from Labour to Conservative.

David Cameron was not a man of the Tory Right, and though he expressed a desire to reduce immigration to pre-Blair levels, he proved unable to do so as prime minister. Britain’s EU commitments were an impediment. But the immigration issue was out of the shadows, and the main electoral beneficiary was the anti-EU United Kingdom Independence Party (UKIP). In fact, though Britain has been arguing about the economic terms of Brexit for years now, few Britons care that much about the EU, which seemed disconnected from their everyday lives. They did care about immigration.

And the EU issue gave that sentiment an outlet it lacked. Discussing the EU allowed one to criticize immigration levels without being caught up in Britain’s still powerful anti-racism norms. At first, the EU template focused the immigration discussion largely on Eastern European immigrants, rendering it non-racist and therefore legitimate. At the same time, it boosted UKIP, whose prospects began to rise steadily after 2009. After winning 16 percent of the vote in the European elections, UKIP began to attract voters disappointed that the Tories seemed unable to actually do anything but talk about immigration. UKIP billboards, emphasizing the slogan “Take Back Control,” stressed that the EU was denying Britain the right to control its borders. As UKIP leader Nigel Farage put it, “The goal was to get into people’s heads that immigration and Europe are the same thing and that we are impotent.”

To the shock of Britain’s elites, Brexit won. The Remain camp had no answer to the immigration question. It simply stressed what was called “Project Fear,” warning of the massive economic disturbances that leaving the EU would supposedly cause. Since the vote, Cameron’s resignation, and the convoluted efforts by Theresa May to negotiate Brexit, the subject matter of “Project Fear” – the movement of goods, not people – has once again risen to the fore, dominating discussion.

It’s an area where the economic elites have a far better control of the relevant information. Thus they’ve managed to throw the Brexit situation into disarray. But whatever happens (I would predict, with little confidence, that some version of Theresa May’s negotiated, semi-soft Brexit will eventually get a parliamentary majority), the immigration issue will remain alive. Once liberated from the taboos that long restrained it and made a legitimate part of the national debate, it can’t be put back into the closet.