By most standards, Monday’s explosive rally in Chinese equities was a shock.

Whether it was The National Team or not, the margin-driven buying panic was almost unprecedented…with the Shanghai-listed China 50 ETF soaring over 11%… to top 2.8 Yuan (this is important to note for later)

Since then, it has given back a little of those gains but to most that is a great week.

However, as Bloomberg notes, that is a drop in the ocean compared to the stunning returns made this week in China’s options market. Trading in options on the Shanghai-listed China 50 exchange-traded fund soared to an all-time high on Monday as the nation’s stock market posted its biggest single-day gain since August 2015.

Among the most active contracts was a call option expiring on Wednesday with a strike price of 2.8 yuan. 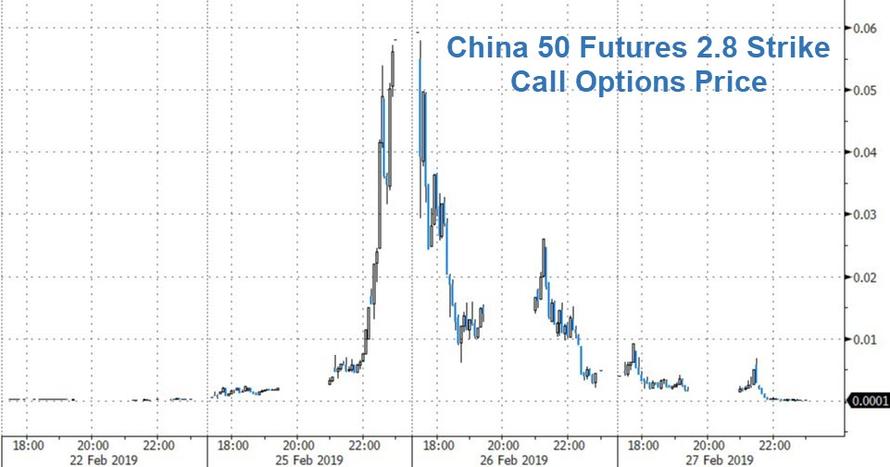 The option soared 194-fold on Monday as a 7.6 percent jump in the ETF increased the odds of the derivative expiring in the money.

But, by the end of Tuesday, a 3.1 percent slump in the ETF had all but wiped out the option’s gain. 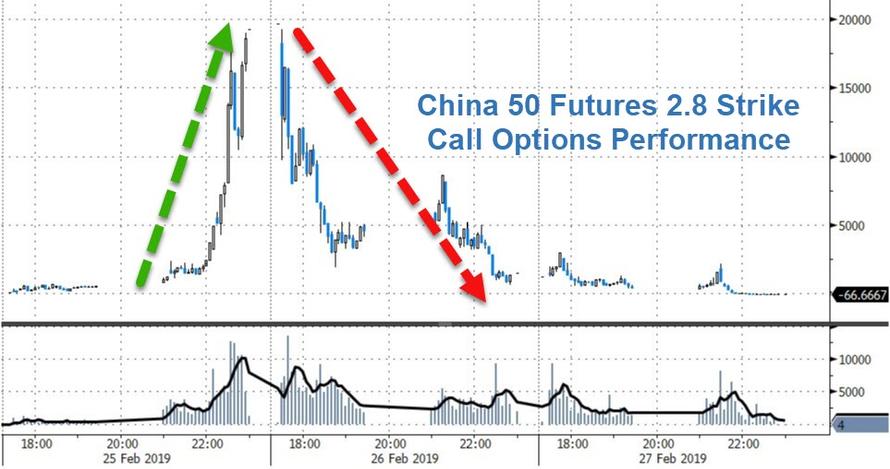 It sank to zero on Wednesday as the ETF closed at 2.736 yuan, just below the option’s strike price. 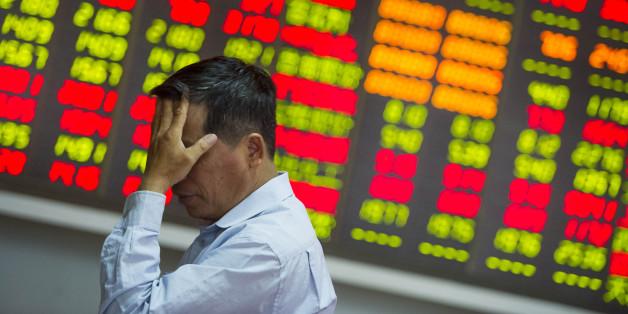