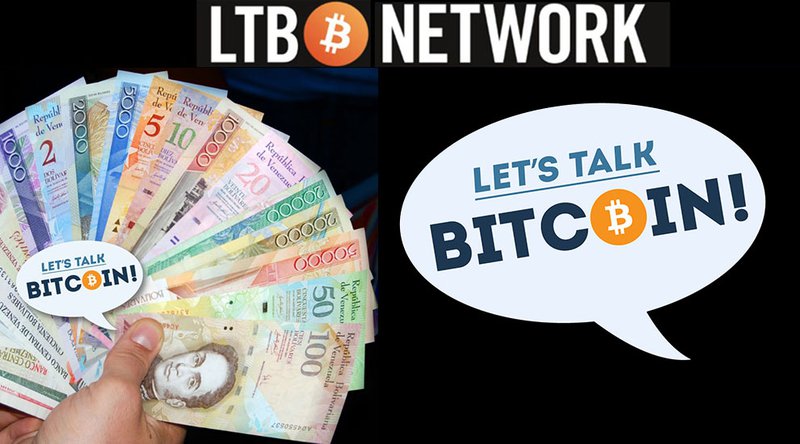 The Let’s Talk Bitcoin Network has added a new show to its lineup, “What Bitcoin Did.” The WBD podcast is hosted by U.K.-based Peter McCormack, an “accidental Bitcoin and Cryptocurrency investor, miner, blogger and podcaster.” His show, an industry interview program, follows important figures and developments in and around the crypto space.

What’s the next level beyond being a cryptocurrency investor? That would be achieving the status of bitcoin entrepreneur.

Imagine not only profiting from your trades but being the one who built the exchange you executed it on; created the portfolio platform for your digital asset holdings; designed a comprehensive bitcoin banking platform; acquired a cryptocurrency hardware wallet manufacturer; and/or were among the first to see your bitcoin business acquired for a significant sum.

Those moves aren’t an imagined scenario. They’re the real-life portfolio highlights of Erik Voorhees, reflecting his involvement with ShapeShift.io, Prism, Coinapult, KeepKey and SatoshiDice respectively. He’s been accumulating these credentials since 2012, when he launched SatoshiDice, the well-known gambling website that proved to be the first of Voorhees’ many wagers on crypto’s future.

Voorhees went in-depth on those bets, and the reasons why they’re no sure thing, in a candid interview with Peter McCormack on Episode 22 of his podcast series What Bitcoin Did, which marks the latest addition to the Let’s Talk Bitcoin network. The conversation that resulted from their London meetup was equal parts engaging and sobering, offering a painful reminder of why many new crypto services may face a complicated rollout before they can take off, particularly in the U.S.

Voorhees’ markedly libertarian leanings have driven him to innovate within the bitcoin vertical. But in the process of building out businesses like ShapeShift, he’s relearned why he believes that the government’s role in key areas like money, education and healthcare is best minimized: what he sees as regulatory overreach by entities such as the U.S. Securities and Exchange Commission (SEC) is stifling new crypto businesses.

Voorhees speaks from his own personal experience of trying to expand ShapeShift. “At this point we’re about 100 people, and all through 2017 we were just trying to grow,” he relates. “2018, unfortunately, has largely been trying to navigate regulatory issues because we’ve gotten big, and because the industry has gotten bigger, and trying to figure out how to grow something in a legal gray area is tricky. We’ve spent a lot of resources and time both on regulatory matters with SEC-style stuff, as well as transaction monitoring and other questions, which many governments have strong feelings about. Frankly, it’s all been very depressing.”

Discussing the varying scrutiny of KYC (Know Your Client) practices from country to country as an example, Voorhees notes that, although every jurisdiction is different, there’s one that stands out for having the most complications. “It’s always the U.S.,” he tells McCormack. “The U.S. is the biggest pain in the ass for any crypto business, I think. That’s why a lot of companies block the U.S. entirely. Suffice to say that each regulator in the U.S. … all claim jurisdiction on various things. Because crypto blurs so many lines, you end up in a situation where a lot of regulations either don’t apply, or do apply, and you don’t know which it is and it gets into this big tangled mess. For example, we haven’t added any new coins to the platform in six months, and this is all due to SEC crap. The SEC has been very unclear about which tokens are securities and which are not.”

The result, according to Voorhees, is an environment where banks around the world won’t take on U.S.-based customers because the reporting requirements and regulatory risk are simply too onerous. “Most Americans are just getting ring-fenced into a financial system from which they will not be able to escape,” he states. “Crypto is really the only answer.”

For any successful crypto investor who dreams of being bitcoin’s next Bill Gates, ShapeShift’s tough experiences illuminate a sobering reality: If even Erik Voorhees is being slowed by an uncertain regulatory environment, how will others fare?

This question introduces additional risk to what’s already a risky proposition, no matter what the industry, namely launching a new startup. Voorhees’ trials and tribulations with ShapeShift show how the waters of crypto entrepreneurship remain largely uncharted. Not only are there zero guarantees, but many of the rules are yet to be clearly written, especially for one of the world’s largest markets.

Then again, maybe that’s why the spoils of today’s crypto industries are earmarked for those with a special type of tenacity. “If the question is, ‘Does the business have to be destroyed, or do we have to become more conservative?’ I wouldn’t necessarily destroy everything,” Voorhees says, “but it’s a fight I won’t give up. If we have to give in one area, we will fight more strongly in another.”

The post How to Slow Down a Startup: Erik Voorhees’ Hard Lesson appeared first on bitcoinmining.shop.