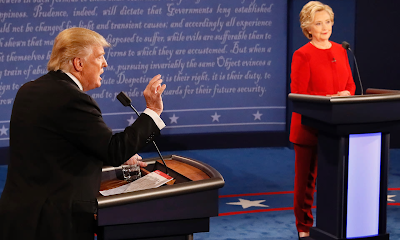 Donald Trump might just be outside the career politician mode enough to address some of the structural issues facing this country over the next four years that sadly Hillary Clinton will just continue perpetuating with the status quo. I expect out of control spending and continued fiscal mismanagement during Hillary Clinton`s Presidency.