Some six months after an archbishop in the Vatican ignited a scandal that nearly brought down the pope by publicizing allegations that the Vatican had systematically suppressed and dragged its feet on investigating one of the most powerful cardinals in the US, Pope Francis has taken the unprecedented step of defrocking – or laicizing, as its technically known – 88-year-old retired cardinal William McCarrick, who was once one of the most powerful Catholic officials in the US. 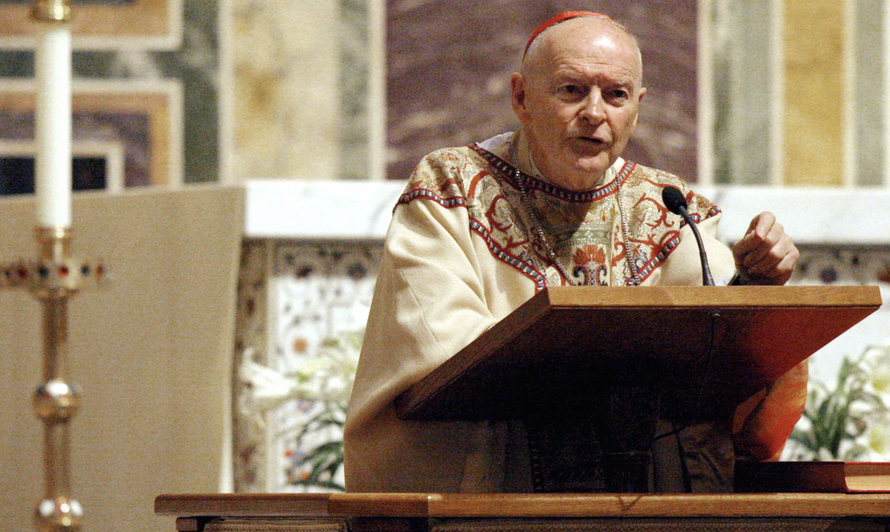 According to the New York Times, the de-frocking of McCarrick, who was found guilty of using his position of power to abuse both seminarians and children, may be the first example in the church’s 2,000+ year history of a cardinal being expelled from the priesthood, though no scholar of the church can say for certain that this is true. According to the ruling, McCarrick can no longer perform any religious duties – including taking confession and delivering holy communion – and will henceforth be known simply as Mr. McCarrick. \

In a statement on Saturday, the Vatican said Mr. McCarrick had been dismissed after he was tried and found guilty of several crimes, including soliciting sex during confession and “sins” with minors and with adults, “with the aggravating factor of the abuse of power.”

While the Vatican has defrocked hundreds of priests for sexual abuse of minors, few of the church’s leaders have faced severe discipline. The decision to laicize, or defrock, Mr. McCarrick is “almost revolutionary,” said Kurt Martens, a professor of canon law at the Catholic University of America.

“Bishops and former cardinals are no longer immune to punishment,” Professor Martens said. “The reverence that was shown in the past to bishops no longer applies.”

Francis expedited the church’s final decision so that it would be delivered ahead of a Vatican summit on sexual abuse in the priesthood, a story that was first uncovered by the Boston Globe back in 2002, and has since escalated to a global scandal that has threatened the church’s power in traditional strongholds from the US to Ireland. Still unknown is how the church will investigate McCarrick’s rise under Pope John Paul II and his successors. Francis himself has been accused of turning a blind eye to McCarrick’s misconduct.

Per the WSJ, McCarrick had appealed an initial ruling of guilt on Jan. 11. And on Wednesday, the Vatican’s Congregation for the Doctrine of the Faith, rejected the appeal. McCarrick, who is now 88, was notified of the decision on Friday. He will now likely lose the church-supported housing and health benefits, and may need to find a new place to live. McCarrick’s expulsion follows the pope’s decision to laicized two retired Chilean bishops accused of sexually abusing minors. In December, he also removed two top cardinals from his powerful advisory council after they were implicated in sexual abuse cases.

A man who was victimized by McCarrick as a child delivered a statement to the NYT praising Francis for his decision to strip McCarrick of his title, though he lamented the fact that it came after years of trauma and pain.

James Grein, who told The Times that he was 11 when Mr. McCarrick began a sexually abusive relationship with him, said in a statement on Saturday: “For years I have suffered, as many others have, at the hands of Theodore McCarrick. It is with profound sadness that I have had to participate in the canonical trial of my abuser. Nothing can give me back my childhood.”

He added: “With that said, today I am happy that the Pope believed me. I am hopeful now I can pass through my anger for the last time. I hope that Cardinal McCarrick will no longer be able to use the power of Jesus’ Church to manipulate families and sexually abuse children.”

McCarrick has been living in a Capuchin friary in Kansas under orders to pursue a life of “prayer and penance.” He wears a pacemaker and had knee replacement surgery in 2016.