Last week, special counsel Robert Mueller’s office took the rare step of issuing a public statement refuting serious allegations by BuzzFeed News that President Trump had directed his lawyer, Michael Cohen, to lie to Congress about the timing of discussions during the 2016 US election over a possible Trump Tower project in Moscow.

Prior to publication, BuzzFeed approached Mueller’s spokesman, Peter Carr, notifying him that he had a colleague had “a story coming stating that Michael Cohen was directed by President Trump himself to lie to Congress about his negotiations related to the Trump Moscow project,” according to the Washington Post, citing copies of their emails provided by BuzzFeed.

“Importantly, the reporter made no reference to the special counsel’s office specifically or evidence that Mueller’s investigators had uncovered,” writes the Post. 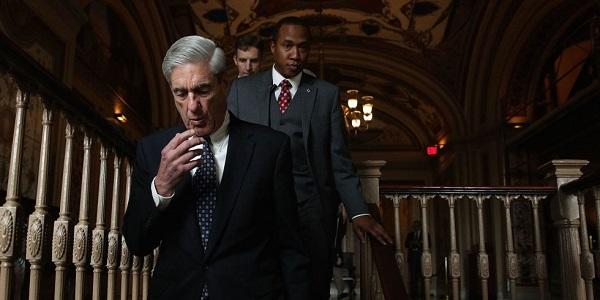 Hours later, the Trump-Cohen story was published – alleging that Cohen had “told the special counsel that after the election, the president personally instructed him to lie,” and that Mueller’s team had learned of the order “through interviews with multiple witnesses from the Trump Organization and internal company emails, text messages, and a cache of other documents.”

According to the special counsel’s office – this was a lie.

People familiar with the matter said after BuzzFeed published its story — which was attributed to “two federal law enforcement officials involved in an investigation of the matter” — the special counsel’s office reviewed evidence to determine if there were any documents or witness interviews like those described, reaching out to those they thought might have a stake in the case.

They found none, these people said. That, the people said, is in part why it took Mueller’s office nearly a day to dispute the story publicly. In the interim, cable news outlets and other media organizations, including The Washington Post, dissected its possible implications — even as their reporters were unable to independently confirm it. –WaPo

Meanwhile, the explosive story kicked off a ferocious news cycle in which the word “impeachment” was mentioned hundreds of times by primarily anti-Trump networks.

Your job is to get the story,
not get the President.

If you dove into #buzzfeed headfirst yesterday, you own it, too. “If true” was a faint murmur

The 3 networks devoted 27 minutes to it

With the impeachment snowball careening down a mountain of fake news, Mueller’s office began discussing a rare step they had never taken before; publicly disputing the BuzzFeed report. President Trump, of course, immediately jumped on the news.

Within 24 hours of the story’s publication, the special counsel’s office issued a statement doing just that. Trump, who has called the media the “enemy of the people,” on Saturday pointed to the special counsel’s assertion as evidence of what he sees as journalists’ bias against him. –WaPo

“I think that the BuzzFeed piece was a disgrace to our country. It was a disgrace to journalism, and I think also that the coverage by the mainstream media was disgraceful, and I think it’s going to take a long time for the mainstream media to recover its credibility,” said Trump on Saturday. “It’s lost tremendous credibility. And believe me, that hurts me when I see that.”

BuzzFeed, meanwhile, stands by its report.

“As we’ve reconfirmed our reporting, we’ve seen no indication that any specific aspect of our story is inaccurate. We remain confident in what we’ve reported, and will share more as we are able,” said spokesman Matt Mittenthal.

According to “people familiar with the matter,” Carr told others in government that he would have “more vigorously discouraged the reporters from proceeding with the story had he known it would allege Cohen had told the special counsel Trump directed him to lie – or that the special counsel was said to have learned this through interviews with Trump Organization witnesses, as well as internal company emails and text messages.”

Before BuzzFeed published their report, Carr sent journalist Jason Leopold a partial transcript of Cohen’s plea hearing in which he admitted lying to Congress about when conversations within Trump’s inner circle about the Trump Tower Moscow project actually ended. Cohen lied and said that the conversations ended in January 2016 when in fact the discussions continued through June.

Carr, people familiar with the matter said, hoped Leopold would notice that Cohen had not said during the hearing that Trump had explicitly directed him to lie. But Leopold, who co-authored the story with reporter  Anthony Cormier, told the spokesman he was not taking any signals, and Carr acknowledged the point. –WaPo

Trump attorney Rudy Giuliani, meanwhile, told Meet The Press on Sunday that the discussions likely went up to the 2016 election.

Hours before the BuzzFeed story was published, a Trump Organization lawyer spoke with a BuzzFeed reporter – telling him that the story was flawed and should be scrutinized further. Mittenthal of BuzzFeed said “We trust our sources over the organization still run by Donald Trump’s family. That organization is directly implicated in the allegations related to the Trump Tower Moscow project, and refused to speak on the record for our story.”

BuzzFeed refutes the special counsel’s debunking, stating: “Our high-level law enforcement sources, who have helped corroborate months of accurate reporting on the Trump Tower Moscow deal and its aftermath, have told us otherwise. We look forward to further clarification from the Special Counsel in the near future.”

.@michellemalkin after BuzzFeed’s inaccurate report: “You have to call out, not just BuzzFeed, but all of the entire machine that pounded on this story on Friday. Where are the retractions? Where are the apologies? Waiting. Tick-tock.” pic.twitter.com/sYlVetfBTb