Subscription-based apps are having a profoundly positive impact on Apple’s App Store revenue – for now, at least. According to a new article by TechCrunch, revenue generated per United States iPhone grew 36% to $79 in 2018, up from $58 in 2017. 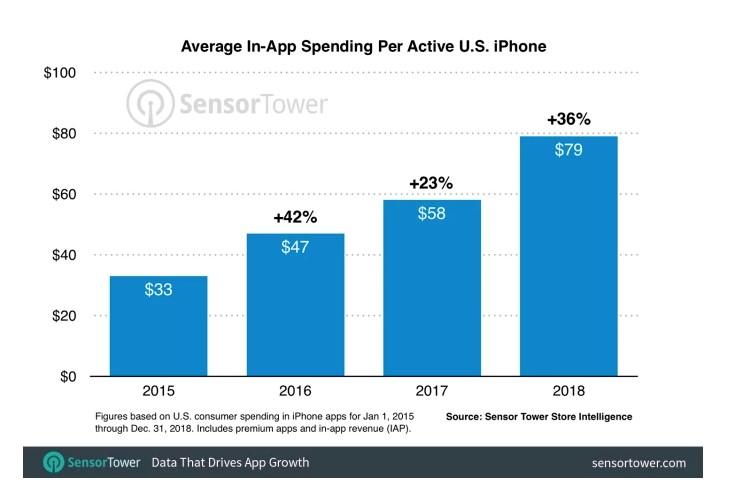 But it’s worth noting how non-gaming categories also ramped up growth this past year. Categories like entertainment, music, social networking and lifestyle all saw higher year-over-year growth in 2018 attributable to subscription-based apps. Health and fitness apps also grew 75% year-over-year to account for an average of $2.70, up from $1.60 in 2017.

The data clearly shows that subscription apps are starting to play a significant role in helping drive iPhone consumer spending higher. This is somewhat of a silver lining at a time where Apple is reporting slower iPhone sales, increasing its reliance on Service revenue. Apple’s Services segment includes products like Apple Music, Apple Pay, AppleCare and of course, App Store subscriptions. 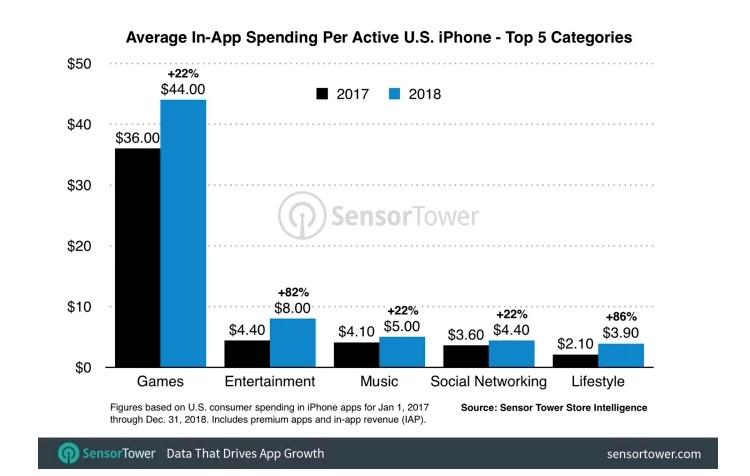 But with the good news always comes the bad: as subscriptions become more popular, Apple is faced with new problems it must remain vigilant against. For instance, some subscription apps have tricked users into subscribing with hidden text, instant trials and other misleading tactics. Apple removed some of these apps recently and updated its developer guidelines with stricter rules as a result.

If Apple is unable to properly police the App Store, subscriptions could eventually wind up turning off users instead of helping grow revenue. Developers are also tasked with needing to be both clever and fair to convert users and retain subscriptions amidst a shift away from “one time” paid apps.