The head of Iran’s air force said on Monday that the Islamic Republic’s pilots are looking forward to facing Israel, and will “eliminate it from earth” after Israeli airstrikes on alleged Iranian targets inside Syria killed 11 people, including four Syrian soldiers. 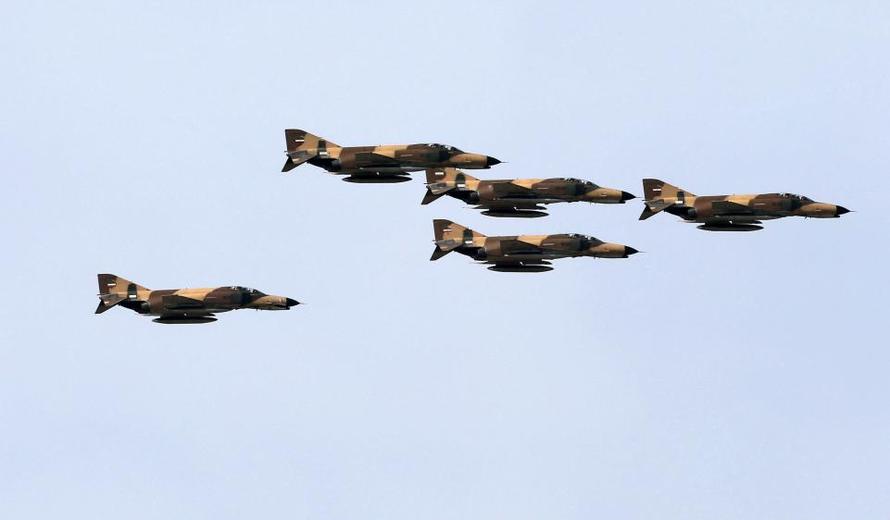 Brigadier General Aziz Nasirzadeh, commander of the Islamic Republic of Iran Air Force (IRIAF) made the comments to the Young Journalist Club news agency following Israel’s strike on munition storage facilities within Damascus International Airport, a military training camp and an Iranian intelligence site, according to The Independent.

“The young people in the air force are fully ready and impatient to confront the Zionist regime and eliminate it from the Earth,” said Nasirzadeh.

Israel claims it launched the strikes in retaliation for a surface-to-surface rocket fired on Sunday by Iran’s Quds Force from within Syria at a ski resort in the Israeli-occupied Golan Heights, which was intercepted by Israeli air defenses.

“That’s a civilian site and there were civilians there,” said Israeli army spokesman Lt. General Jonathan Conricus Monday morning, adding “We saw that as an unacceptable attack by Iranian troops, not proxies in Syria.”

“In addition to that, the area from which the Iranians fired their missile is an area we have been promised that the Iranians would not be present in. We know it was not done in the spur of the moment, it was a premeditated attack.”

Israel recently acknowledged carrying out hundreds of strikes in Syria over the last few years but has previously refrained from commenting for fear of triggering a reaction and being drawn into the deadly fighting in Syria, which is in the grips of an eight-year civil war.

Monday’s announcement marked the first time they had reported strikes in real time and released detailed information since last May 2018, when Israel claimed to have struck almost all of Iran’s military infrastructure in Syria, following another rocket attack on its positions in the Golan. –The Independent

Israel said on Monday that Syria had ignored its warning over the upcoming strikes, so they were forced to target Syria’s aerial defense batteries which fired “dozens” of surface-to-air missiles at Israel’s planes.

“Israel is determined to continue to prevent Iranians from building an independent war machine in Syria and is ready to take the risk of exchange of fire,” he told reporters in a briefing,” said retired Israeli Maj. Gen Yaakov Amidror, who was Prime Minister Benjamin Netanyahu’s national security adviser until 2013 – calling the airstrikes a signal to Iran about har far Israel is willing to go.

“The more Iranians try to launch rockets into Israel the more severe will be the attack in response,” he added. “It is about a strong signal to Iranians. We’re ready to escalate if you don’t stop.”

The Israel Defense Force, meanwhile, trolled Iran over Twitter with a map of the Middle East showing an arrow to Syria labeled “where Iran is,” and arrows over Iran which read “where Iran belongs.”

Iran, you seem to be lost. Here: pic.twitter.com/ByrDyUjWDr