As Robert Mueller and his team of prosecutors have implicated the president in vague allegations of wrongdoing and collusion through a series of leaks, the plea agreement struck by Michael Cohen, and most recently, the indictment of Roger Stone, President Trump’s lead lawyer Rudy Giuliani has often been tasked with rebutting the allegations on cable news and in interviews with the press. And as many have pointed out, he hasn’t done a very competent job of it. In fact, in recent months, Giuliani has appeared to contradict the administration’s timeline on the Trump Tower Moscow discussions, implicate Trump in a campaign finance violation and allude to the existence of new “tapes” of conversations between Cohen and Trump. Because of this, Trump’s aides have reportedly been pushing the president to finally muzzle the former New York City mayor, who has been one of his most dogged supporters and defenders. 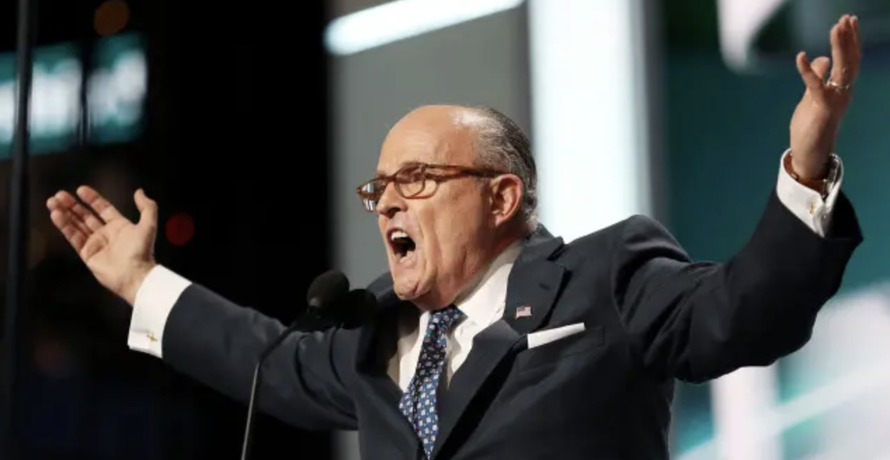 But given Giuliani’s record, many have expressed surprise that he would behave so incompetently with such regularity. It’s prompted some to wonder if there is in fact a method to Giuliani’s (perceived) madness.

In a report published Monday, the Financial Times produced what some believe might explain Giuliani’s purported “lapses” (some have even speculated that Giuliani has been drinking before his interviews, though he denies it).

Because Giuliani has already established that a sitting president cannot be indicted, Trump’s legal defense is already pretty much iron clad. Therefore, Giuliani isn’t concerned about the legal ramifications of the allegations: He’s more concerned with making sure Trump has the best possible chance of winning re-election in 2020.

One school of thought is that Mr Giuliani is trying to soften the blow for any eventual legal findings against Mr Trump by first airing them on television — either to lessen their sting or purposefully muddy the waters. Having concluded that a sitting president cannot be indicted, this thinking goes, Mr Giuliani is not mounting a classic legal defence but instead putting up a political one — rallying Mr Trump’s supporters in the hope that their electoral support will help head off a possible impeachment.

Could Giuliani implying a direct link between Trump and the Cohen payments have been intended to muddy the waters so when the inevitable news breaks, the public treats it like a forgone conclusion? If this line of reasoning is accurate, then that would be a reasonable assumption. One FT source, identified as a “long-serving city official” insisted that Giuliani was either trying to “make [Trump] look like the sane one” or “tie up the news cycle so they don’t report on other things.”

Maybe – just maybe – he’s trying, and succeeding, at doing both?

One thing’s for sure: If Trump wanted Giuliani gone, he’d be gone already. The fact that he’s still the lead attorney (he has said little since the Stone indictment on Friday, but then again the indictment has no direct link to Trump or anybody close to the president) suggests that he’s being kept there for a reason.