Barely a day after the Associated Press reported that New York Sen. Kirsten Gillibrand would likely announce her candidacy ahead of a weekend trip to Iowa, the junior senator and former Clinton confidante – who was appointed to fill Clinton’s seat when she became Secretary of State – has reportedly given the scoop about her campaign announcement to the Washington Post, which reported Tuesday night that Gillibrand will be seeking the nomination. 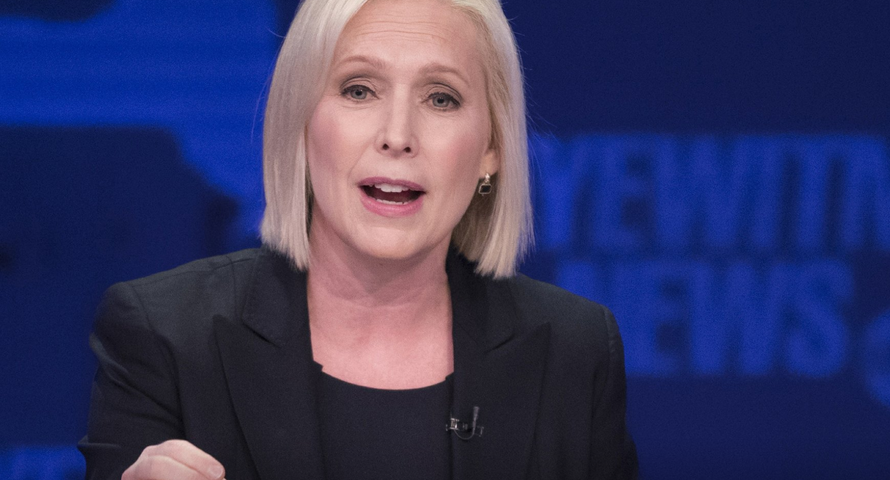 The New York Democrat, 52, easily sailed to reelection during the midterms, is jumping in to what’s expected to be a crowded Democratic primary field. Gillibrand will officially announce her campaign Tuesday night during an appearance on “The Late Show with Stephen Colbert” (the episode has already been taped and will air during its usual time slot of 11:35 pm ET).

“The first thing I would do is restore what’s been lost: the integrity and the compassion in this country,” she said. “I would bring people together to start getting things done.”

Since Trump’s election, Gillibrand has tried to position herself as a paragon of the anti-Trump “Resistance”…

The senator has latched on to the burst of activism prompted by President Trump’s election and his policies, a movement that’s largely driven by women. She called the 2017 Women’s March on Washington “truly the most inspiring moment of my entire life” and joined the protesters who challenged Brett M. Kavanaugh’s nomination to the Supreme Court last fall. She also stood up to fellow Democrats as the #MeToo era dawned, criticizing then-Sen. Al Franken of Minnesota and former president Bill Clinton for their alleged inappropriate behavior toward women.

Gillibrand is also a vocal critic of Trump, and she has voted against his political appointees and positions at a higher rate than most Democrats. The president responded in December 2017 by attacking her in a tweet that she called “a sexist smear.”

…Which is ironic because back when she was an up-and-coming Congresswoman representing a conservative district in Upstate New York, she embraced mostly “centrist” policies and even received a 100% rating from the NRA.

Some of her policy positions rapidly changed. The night before her appointment was announced, she called a gay rights group to profess her full support for same-sex marriage. As she voted for gun-control measures, her NRA rating fell to an F.

Gillibrand said in a CBS News interview last year that as she expanded her views beyond “the lens of Upstate New York,” she realized that her gun rights and immigration positions were “wrong.”

“I just didn’t take the time to understand why these issues mattered because it wasn’t right in front of me. And that was my fault,” Gillibrand said in the interview. “It was something that I’m embarrassed about and I’m ashamed of.”

She won a special election in 2010 with 63 percent of the vote and followed with 72 percent of the vote in 2012, when she earned her first full term, and 67 percent in November. The last campaign came as Gillibrand navigated intraparty divisions over how to handle the #MeToo movement.

Gillibrand is the second purported front-runner to enter the race after Elizabeth Warren formed an exploratory committee earlier this month, widely seen as a first step toward announcing a campaign.

But with Gillibrand in the race, one can only wonder how she might react if her former mentor, Hillary Clinton, decides to give her life-long dream of being president one more shot.