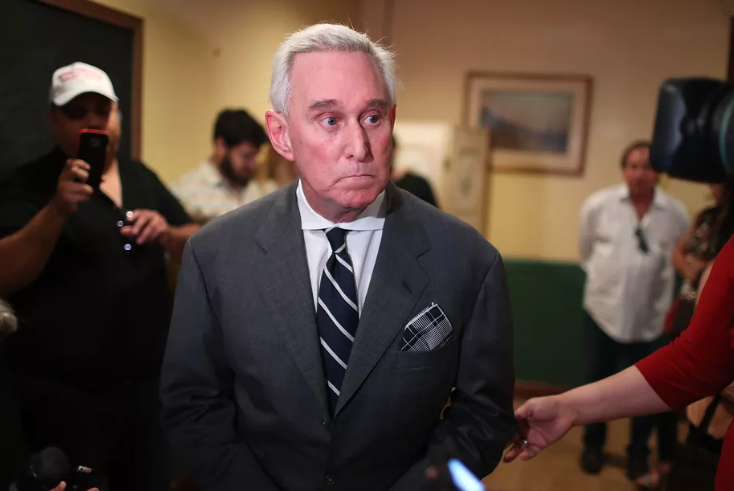 Stone was arrested on Friday in an early morning raid by heavily armed federal agents as part of special counsel Robert Mueller’s Russia probe. Hours later, Stone was out on $250,000 signature bond – leaving many to note that the whole thing appears to have been a dramatic waste of taxpayer money that could have been handled by simply notifying Stone’s attorney of the indictment.

Graham – who was pictured having dinner with Trump, VP Mike Pence, Treasury Secretary Steve Mnuchin and Mnuchin’s Chief of Staff – said in his letter to FBI Director Christopher Wray that he was concerned over “the number of agents involved, the tactics employed, the timing of the arrest” and whether the media was tipped off.

“The American public has had enough of the media circus that surrounds the Special Counsel’s investigation,” reads Graham’s letter, referring to Mueller’s probe. “Yet, the manner of this arrest appears to have only added to the spectacle.”

In Wednesday comments to the Daily Caller, President Trump said that he was “speaking for a lot of people that were very disappointed to see that go down that way. To see it happen where it was on camera, on top of it. That was a very, very disappointing scene,” and that he would “think about” asking the FBI to review its use of force.

Stone was charged with obstruction, witness tampering and lying to Congress in connection to the Mueller investigation. He pleaded not guilty on Tuesday.

According to Stone, the FBI agents “terrorized my wife and my dogs,” adding that the agency used “greater force than was used to take down bin Laden or El Chapo or Pablo Escobar.”