Lockheed Martin offered India on Wednesday a new multi-role fighter jet, the F-21, in an attempt to secure a large defense order worth $15 billion, reported Reuters. The American defense company said the new plane will be specifically designed and manufactured for the Indian Air Force (IAF), and provide “Made In India” economic opportunities that strengthen India’s path to becoming a military powerhouse in the Indo-Pacific region. 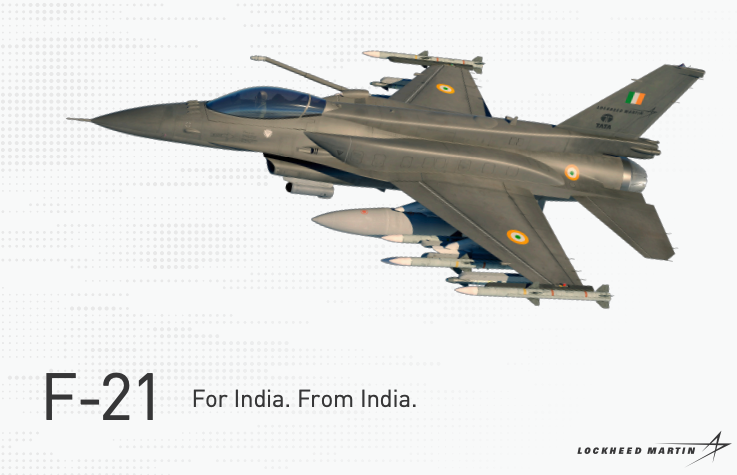 The F-21 addresses the IAF’s unique requirements and integrates India’s defense complex into the world’s largest fighter jet ecosystem with the world’s biggest defense company. If the partnership works out, Lockheed Martin and Tata will produce the F-21 in India.

The defense firm said the F-21 would incorporate advanced technologies from its fifth generation planes, the F-22 and the F-35.

“The F-21 is different, inside and out,” Vivek Lall, vice president of Strategy and Business Development for Lockheed Martin Aeronautics, said in a statement.

Lockheed is not alone in competing for the $15 billion contract to build new fighter jets for India. Boeing, Saab, Dassault Aviation, Airbus, Eurofighter, and an unnamed Russia defense company have submitted bids.

The deal to replace India’s decades-old fleet of Soviet-era fighter jets is one of the largest contracts in the world right now.

India is not expected to announce the winning bid until after a national election in May. Lockheed offered to move its F-16 production plant in Fort Worth, Texas, to India, if it wins the contract in a boost to Prime Minister Narendra Modi’s “Made In India” strategy to expand its Air Force and defense sector industry. 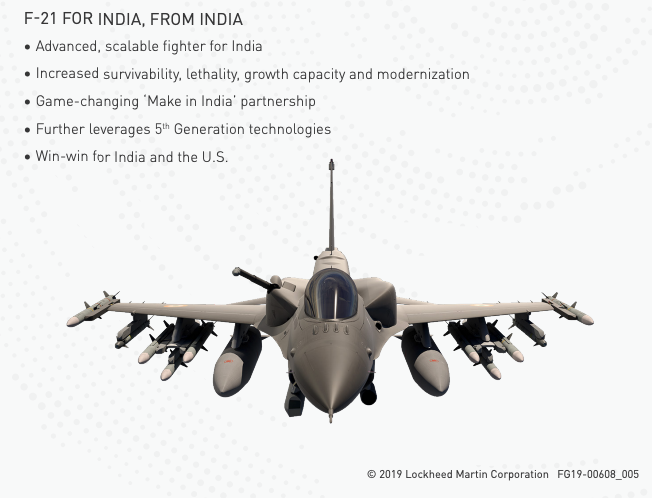 The statement said production of the F-21 in India would create thousands of jobs for Indian industry as well as hundreds of US-based engineering, program management, and customer support jobs.

But hold on a minute, what about the White House calling for targeted investments in domestic manufacturing in the American industrial-base last October? How about the Pentagon saying it will reduce its over-reliance on foreign-made parts in American weapons?

For Lockheed to even entertain a bid that shifts a large Texas production line of fighter jets to India is confusing, considering the protectionist position of the White House.

Come May, if Lockheed wins the contract and decides to ship the Texas F-16 supply chain to India, it could be troubling news for “Make America Great Again” but… great news for “Made In India.” As such, expect President Trump to have a nasty tweets for Lockheed should they win the Indian contract.