As anybody who has been paying attention to the market over the past 2 months is aware, the multi-month rally in stocks has in large part – in addition to the now quite explicit central bank support – been driven by jawboning from President Trump and senior administration officials, who haven’t missed an opportunity to pump assets with optimistic, if vague, pronouncements about the state of the talks.

Though there’s plenty of evidence to suggest that deep divisions remain and that the Chinese are nowhere near relenting on the US’s key demands when it comes to currency manipulation and stealing technology transfer , when Trump tells it, the talks are either going “very, very well,” or “moving in a positive direction” or on the verge of some unspecified breakthrough. 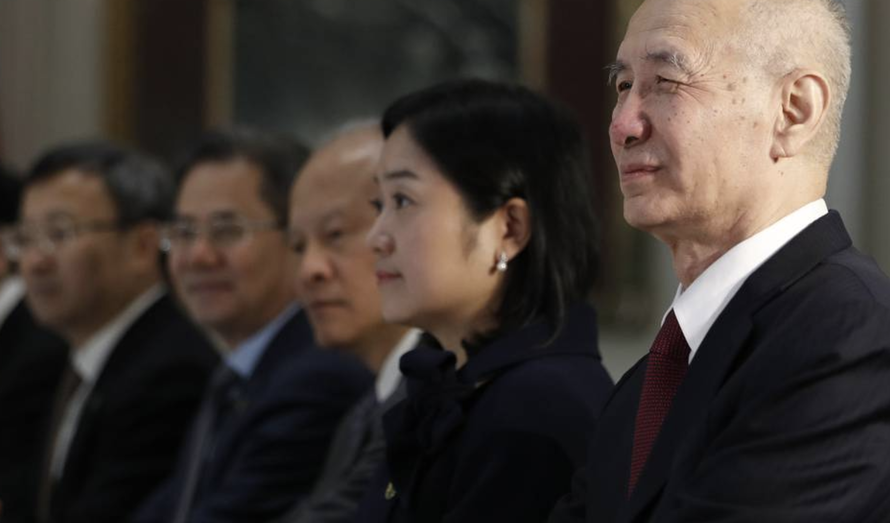 But this doesn’t mean that the storm clouds aren’t gathering. US stocks closed in the red on Thursday as trade anxieties briefly resurfaced, and as investors briefly appeared to acknowledge the fact that –  as the Wall Street Journal explicitly reported in a story published last night – “deep gaps” persist between the US and Chinese officials as they struggle to hammer out their six memorandums of understanding.

And in what could be a make-or-break moment, President Trump is expected to meet (once again) with Chinese Vice Premier Liu He on Friday at 2:30 pm ET, just in time to pump stocks higher with a press conference 15-30 minutes ahead of the close. The meeting has taken on increased significance since Liu, the Chinese official who has been tasked with leading the negotiations, has been imbued with “special envoy” status by President Xi, empowering him to negotiate on behalf of the Chinese leader.

The meeting follows a promise made by Beijing to purchase another $30 billion of US soybeans, corn and wheat – a promise that, as Forbes’ Ken Rapoza pointed out in a recent column – would be practically impossible to fulfill.

There are three ways in which China can import $30 billion more in U.S. agricultural goods per year in an attempt to appease President Trump’s concerns about deficits.

These three should give you a sense of how off the mark this number is.

Either China wants to ram food down the throats of its citizens, has plans to build more silos to store grain (which is already rotting in Chinese silos), or will just stop buying soy and beef and chicken from Brazil, much to Brazil’s dismay.

And though China has offered other concessions like opening up its market to foreign insurers, something that would progress only gradually, negotiators have resisted the US’s demands for “structural reforms” to its economy and denied accusations that it forces foreign competitors to hand over their IP. Meanwhile, the US’s demands that Beijing keep its currency “stable” – something that Chinese policy makers are already struggling to achieve – has been met with a wary response from Beijing (and would be counterproductive to the US in the long run).

As the fourth round of negotiations since the start of the year comes to a close on Friday, and with the March 1 deadline looming in the very near future, analysts are growing confident that the US will put off raising tariffs on $200 billion in Chinese goods.

“Given that enough headway seems to have been made to warrant a meeting between Trump and the Chinese negotiator today, it appears more likely that the U.S. will not raise the levies, which should help high-beta currencies and equities push higher,” said Konstantinos Anthis, head of research at ADSS.

Analysts at UBS joked that traders expect the March 1 deadline to be “magically moved” (after Trump said the deadline wasn’t “a magical date”).

US President Trump is to meet Chinese Vice Premier Lee Hu today, to discuss the magic date of 1 March (when President Trump increases taxes on Americans who buy goods partially made in China). Investors increasingly expect that date to be magically moved, or even to disappear.

But anybody hoping for news of a breakthrough in negotiations might be disappointed.