The internals were mixed: the bid to cover of 2.536 was better than last month’s 2.46 and above the 6 auction average. As for the takedown, the surge in Direct Bidders – who were awarded 24.9% of the auction, well higher than the 14.6% in December and more than the 15.1% recent auction average – was the most notable, and with Indirects taking down a somewhat disappointing 58.2%, well below the 67.4% in December, Dealers were left with 16.8% of the auction, one of the lowest on record, and below the 22.5% 6 auction average.

Overall, this was a forgettable, mediocre auction, and now that it’s in the history books, traders can focus on the upcoming refunding announcement where the latest details of US funding for the coming year will be laid out. 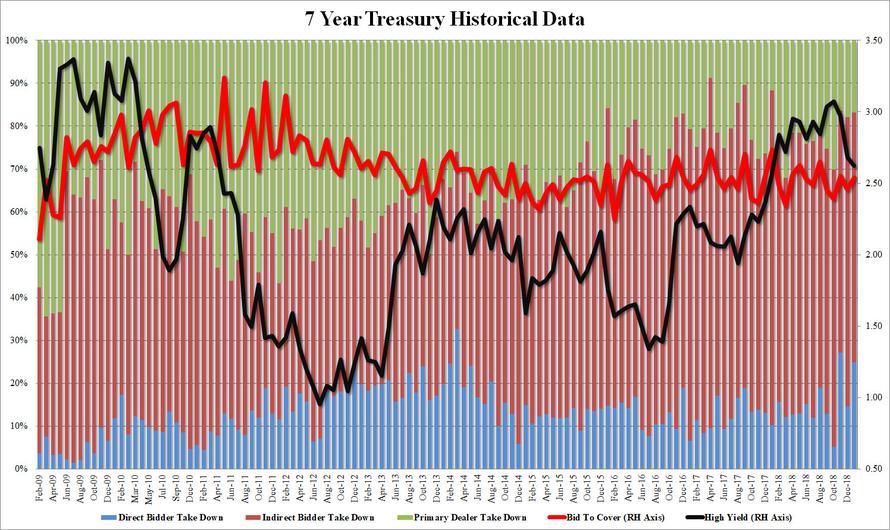