Donald Trump is really starting to ruffle Angela Merkel’s feathers, as the German chancellor continues to fend off attacks by the Trump administration over the $10.8 billion (9.5 billion-euro) 758-mile (1,220 km) ‘Nord Stream 2’ undersea gas pipeline between Germany and Russia, according to Bloomberg. 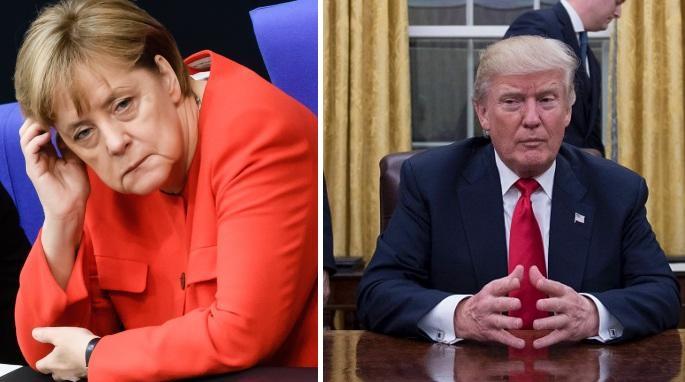 U.S. diplomats leaned on officials in Paris and Brussels to join their opposition to the Nord Stream 2 project over the past 10 days as Merkel thrashed out an agreement over the plan with France, the people said. –Bloomberg

In January, the US ambassador to Berlin, Richard Grenell, sent letters to German companies working on the Nord Stream 2 pipeline warning them of “significant risk of sanctions” if they don’t abandon the project. The letter suggested that the pipeline would make Europe dependent on Moscow, increasing the threat of Russian interventions.

The Nord Stream 2 project is headed up by former German chancellor Gerhard Schröder, who is also a consultant to bank Rothschild.

On Saturday, Vice President Mike Pence urged EU nations to reject the undersea pipeline during a speech in front of Merkel and other world leaders at the Munich Security Conference.

The German chancellor had harsh words for the Trump administration – delivering an impassioned speech to Security Conference attendees defending the multilateral order “challenged by Trump,” according to Bloomberg, earning a standing ovation from the audienced filled with presidents, prime ministers and senior defense officials.

Angela Merkel was on fire! Her #MSC2019 speech had force and conviction as seldom before. A tour de force on the global issue and a strong plea for partnerships and multilateralism.

Merkel was apparently “pleased” with the response to her address according to her chief spokesman, Steffen Seibert, who said she also had some “really very good discussions afterward” with allies from other nations.

Trump’s criticism of Germany for relying on Russian gas is nothing new. In July, he slammed Germany for being “captive of Russia because it is getting so much of its energy from Russia.”

“It’s very sad when Germany makes a massive oil and gas deal with Russia where we’re supposed to be guarding against Russia and Germany goes out and pays billions and billions of dollars a year to Russia,” Trump said before meeting with NATO Secretary General Jens Stoltenberg on Wednesday morning, according to a Bloomberg report from last year. 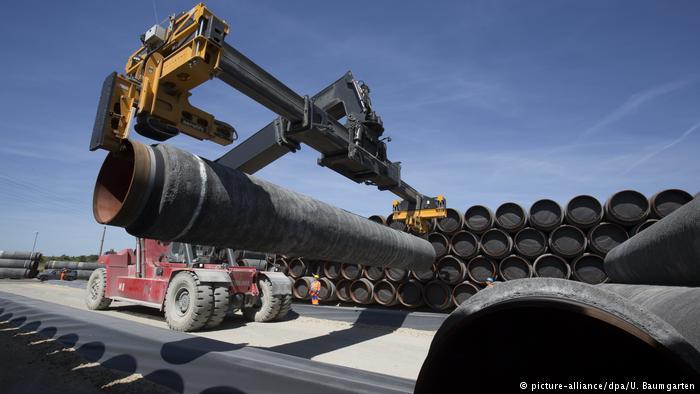 Trump’s criticisms have threatened to leave Merkel isolated among her European allies, where many leaders have expressed concern over their increasing reliance on Russia, as well as risks of undermining Ukraine – which earns $2 billion a year in transit fees for Russian gas delivered through a competing pipeline.

U.S. opposition appeared to gain traction on Feb. 6 with a report in Sueddeutsche Zeitung that France would oppose Germany and back EU regulations that would pose a hurdle to the pipeline. That prompted a flurry of talks leading to a French-German agreement on Feb. 8, diluting the restrictions in an EU directive.

A French official said President Emmanuel Macron had faced enormous U.S. pressure on Nord Stream, but rejected charges that it had influenced its position. –Bloomberg

In response to a question from a Ukrainian lawmaker on Saturday, Merkel promised that the Baltic pipeline won’t undermine Ukraine’s status as a gas-transit nation.

“Consciously shutting Russia out politically, I think that’s also wrong,” said Merkel – of the project led by the former German chancellor. “Europe can’t have a geopolitical interest in halting all relations to Russia.”