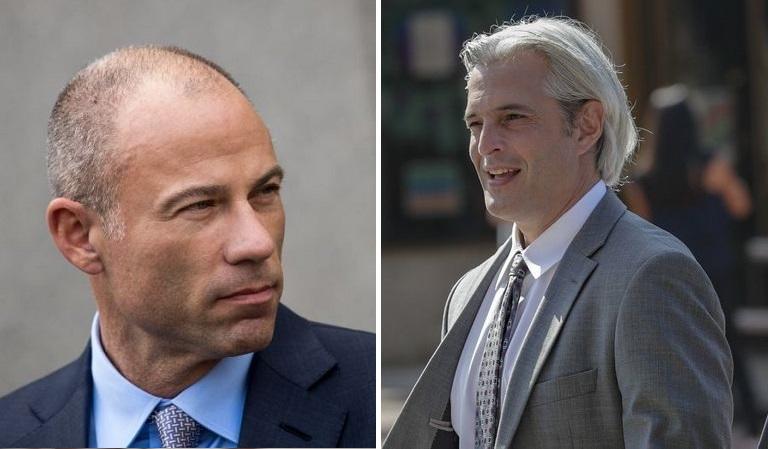 Avenatti’s firm, Eagan Avenatti, was required to file monthly reports on its income and spending beginning in March 2017 according to documents signed by Michael Avenatti, who is listed as the firm’s managing partner and majority owner.

The reports failed to disclose that Avenatti opened six bank accounts which received millions of dollars in legal fees during the bankruptcy, claims Frank in a Tuesday night court filing.

The reports also divulged nothing about the personal compensation to Avenatti, which would have required permission from the bankruptcy trustee, the court papers allege.

Avenatti used some of the money for personal expenses such as $14,236 in rent for his Century City apartment, a $3,640 payment on his Ferrari, $16,000 to Passport 420, an Avenatti company that owns a Honda jet, and tens of thousands of dollars in bills for his troubled coffee company, Global Baristas, the records show.

The court documents were filed by Jason Frank, a former lawyer at Eagan Avenatti who has been trying for eight months to collect a $10-million judgment that he won against the firm. Frank’s court papers allege that Avenatti’s bank maneuvers were an unlawful effort to dodge his firm’s creditors. –Los Angeles Times

Avenatti has denied wrongdoing, telling the Times via email “Every dollar has been properly accounted for and reported as required and as previously set forth in numerous accountings,” adding “This is much to-do about nothing.”

“There has never been any misdeeds or fraud — any claim to the contrary is politically motivated, completely bogus and driven by Jason’s own personal demons and vendetta,” said Avenatti, who is scheduled to appear in federal court on Thursday in Santa Ana for an interrogation by Frank’s lawyers on why the firm failed to pay the $10-million judgement.

Frank has asked U.S. District Judge Virginia A. Phillips to appoint a receive to seize Eagan Avenatti and prevent the firm from shedding assets. The firm was evicted recently from its Newport Beach offices after failing to pay rent.

Last month, Frank asked the judge to hold Avenatti and the firm in contempt of court for defying a subpoena for some of the firm’s financial records. He urged the judge to put Avenatti in jail to compel compliance. She has not yet scheduled a hearing on the request.

Frank details one case in which Avenatti represented NFL ticket holders who sued the league in connection with seating screwups at the 2011 Super Bowl in Arlington, Texas. After the case closed, ” a Texas lawyer told Avenatti in a May 2017 email that he was ready to transfer $1.4 million to Eagan Avenatti,” according to The Times.

Avenatti responded with instructions to split the money, with $409,000 directed to a firm account that was disclosed to the bankruptcy trustee, and $953,000 to an undisclosed account controlled by Avenatti.

Avenatti removed nearly all of the $953,000 in seven transactions to another undisclosed account according to bank records provided to the court by Frank. It was then shifted again in seven transactions of nearly identical amounts to Avenatti & Associates, Michael Avenatti’s personal corporation.

Avenatti says he and his company were entitled to over $1 million in reimbursements for out-of-pocket expenses in the NFL litigation.